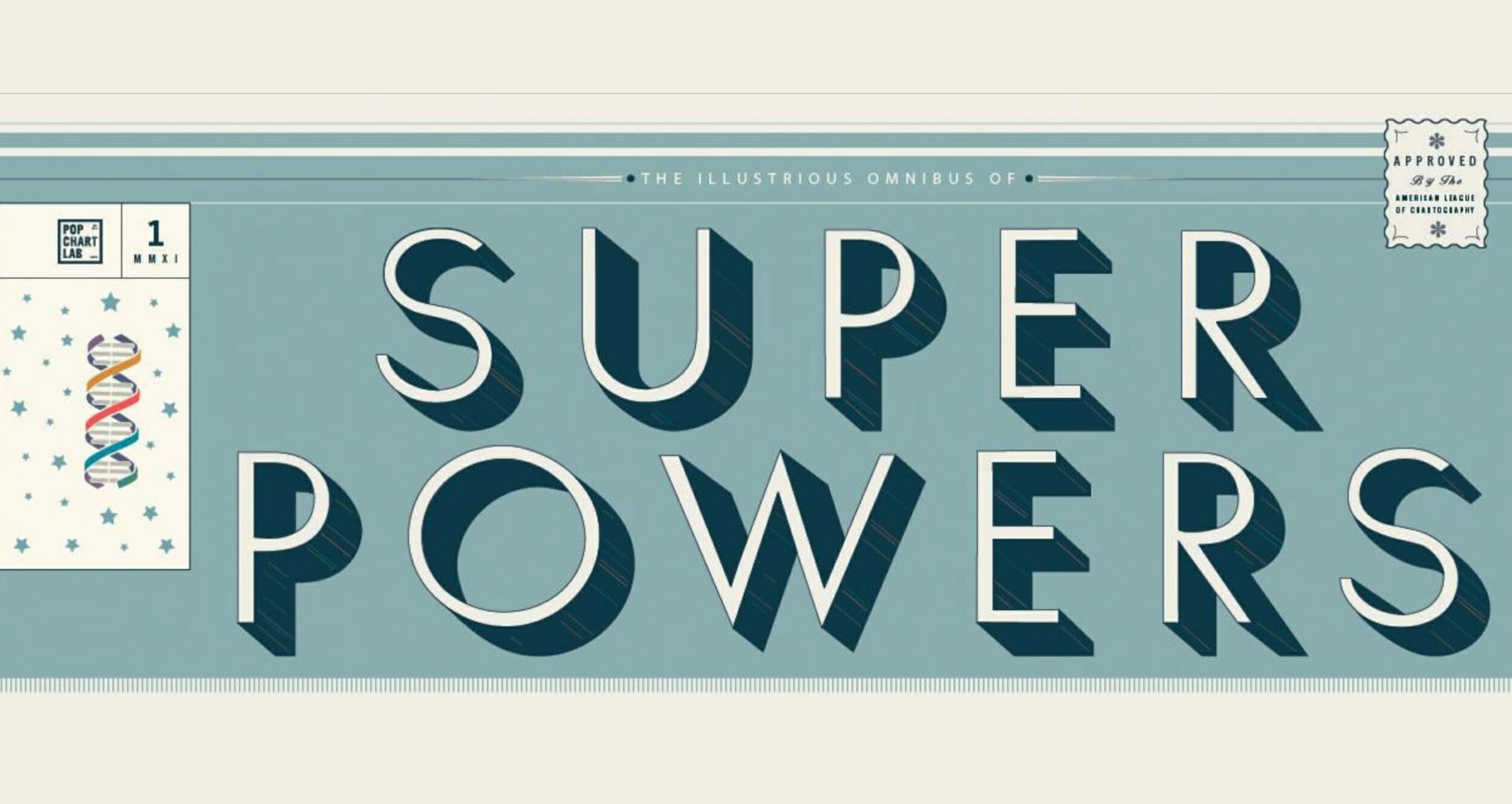 Imagine having the ability to run faster than a speeding bullet, jump higher than the tallest building or have skin completely impervious to damage. These are just a few of the abilities within Clark Kent’s arsenal of powers. With his abilities in mind, and those of comic fandom, what kind of superhero would you be? To help answer this question, Reddit user Chained_Escapist posted a rather cool Guide to Super Powers.

In the infographic embedded below, one can easily find a power they might enjoy and begin to trace how that very power might evolve over time. For example, if you think of yourself as a ‘force control’ user, you might be privy to weather control and therefore might harbour abilities similar to Ororo Monroe – better known as Storm. If force control is not your forte, perhaps you are better suited to ‘object manipulation’, and therefore better inclined to energise objects like Gambit.

Although interesting at first glance, this guide to super powers is not without its own flaws. For a start, it appears to be missing ‘flight’ – one of the most sought after categories for super powers (it is one of the ones I looked for, hence spotting its omission). Closer inspection of the many variabilities on offer will also bring light to some inconsistencies, as pointed out by Reddit user Fullforce098. Some of these include noting how the guide clumps in Green Lantern’s ring with powered gems, which is entirely inaccurate, or how characters like Wasp and Yellowjacket do not actually have insect powers, and yet have been included in those categories.

Despite the flaws present in this guide to super powers, it still certainly paints a wonderful picture of just how varied super powers can be. Whether you might be suited to powers of the body or of the mind, this guide will still offer a decent overview of the kind of superhero you would most likely personify.