After discovering the incredible crossover that is the Xenomorph Rex, I knew that there simply had to be more amazing dinosaur mashups to be found. Thankfully I did not have to look very far, as the answer came in the form of Superhero Dinosaurs.

A Flickr user by the name of d.r3sto has designed and illustrated a fantastic series of dinosaurs depicted as popular superheroes from the Marvel universe.

The Superhero Dinos collection takes Jurassic Park famous dinosaurs like the Tyrannosaurus Rex, Triceratops, Pterodactyl, Brachiosaurus, Stegosaurus, Dilophosaurus and a few others and transforms them into superheroes like the Hulk, Captain America, Storm, Iron Man, Colossus and Gambit, respectively.

The collection features detailed character crossovers overlayed on minimalist backgrounds that have subtle references to the featured superhero’s abilities or place of origin. A nice touch that lends a beautiful graphic comic feel to each print. 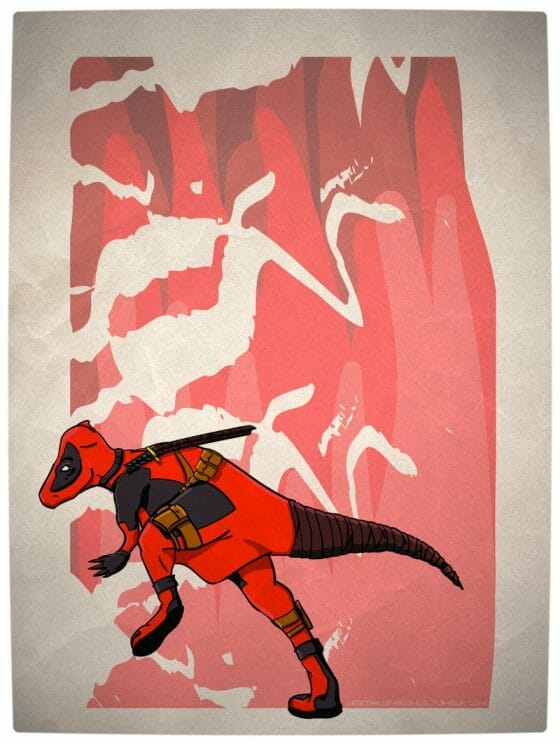 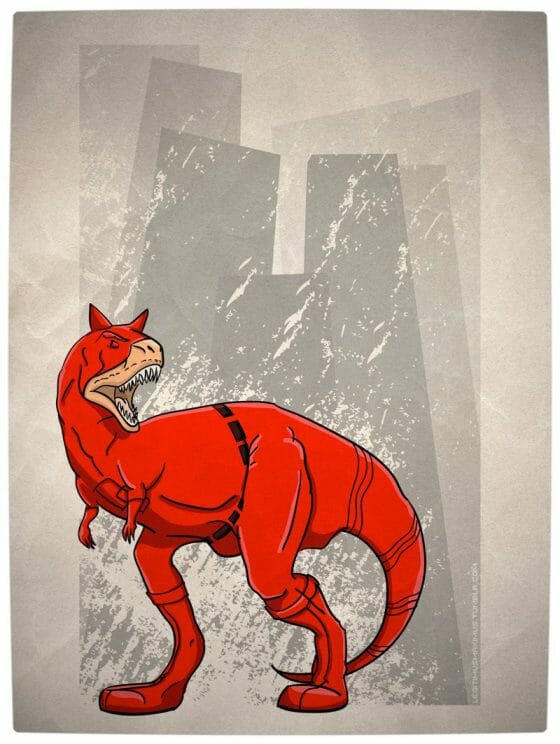 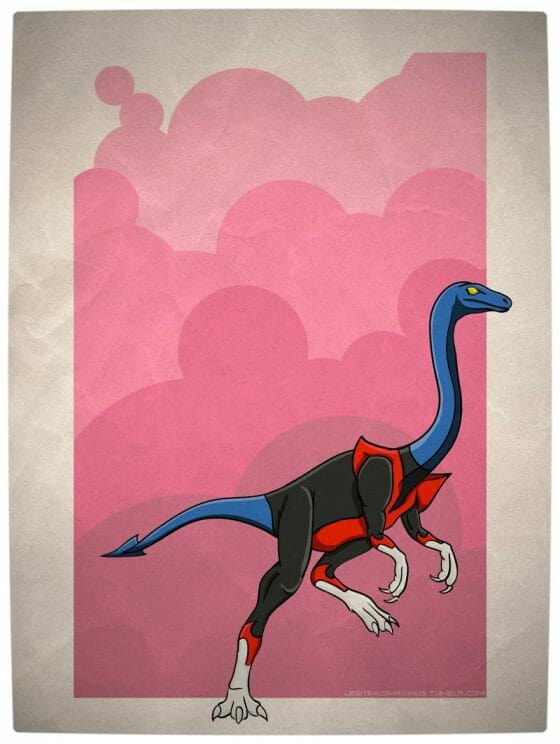 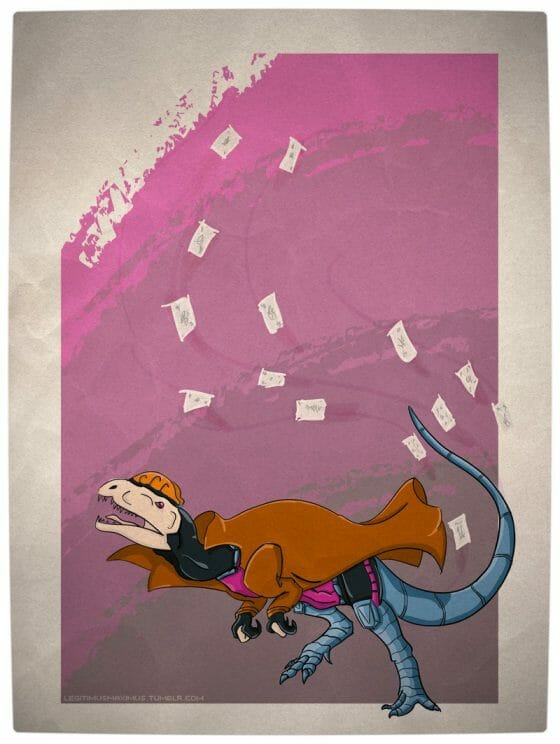 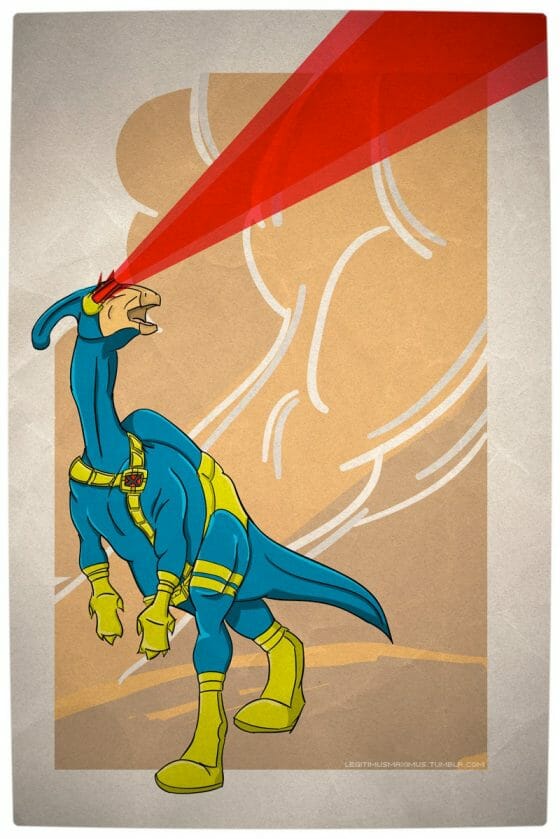 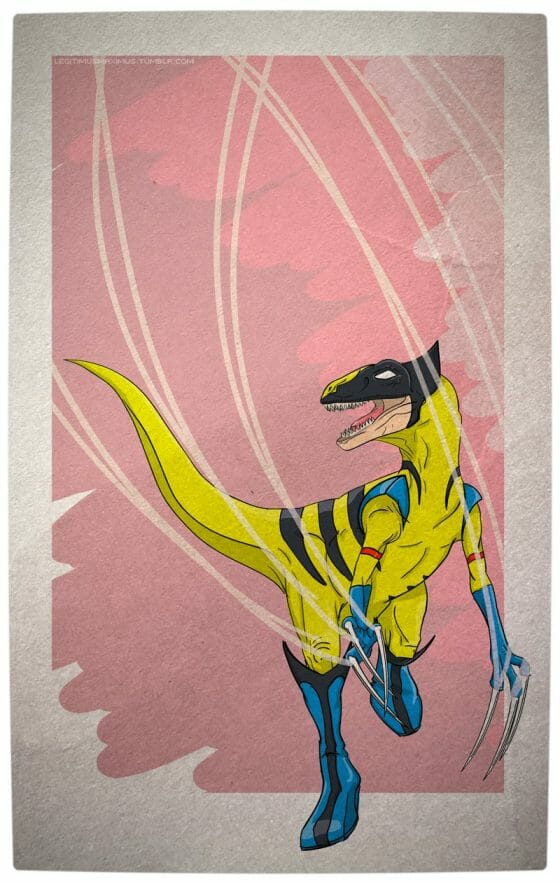 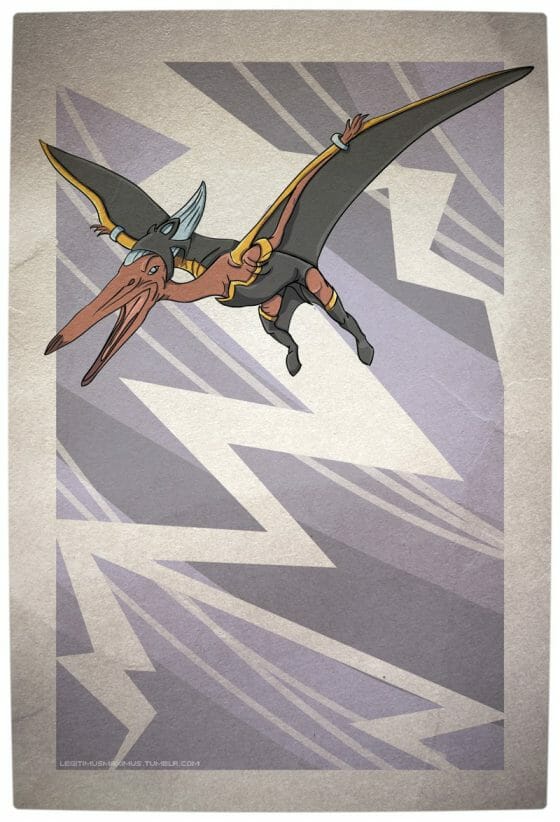 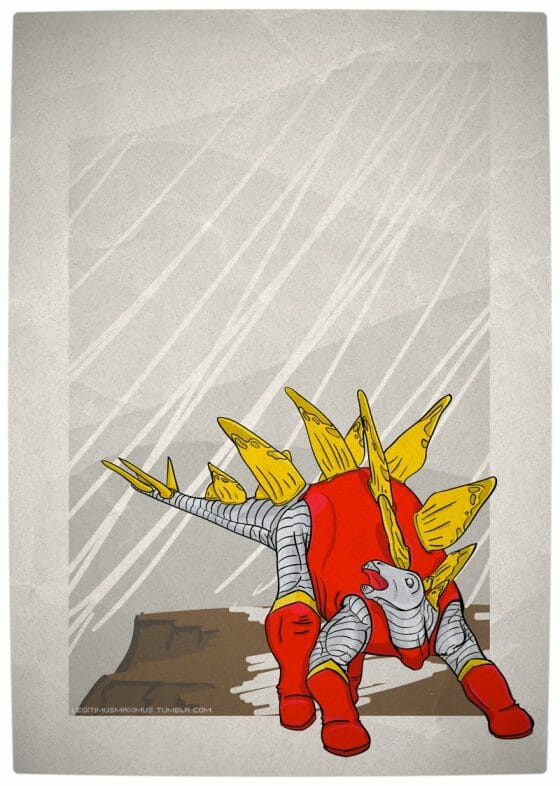 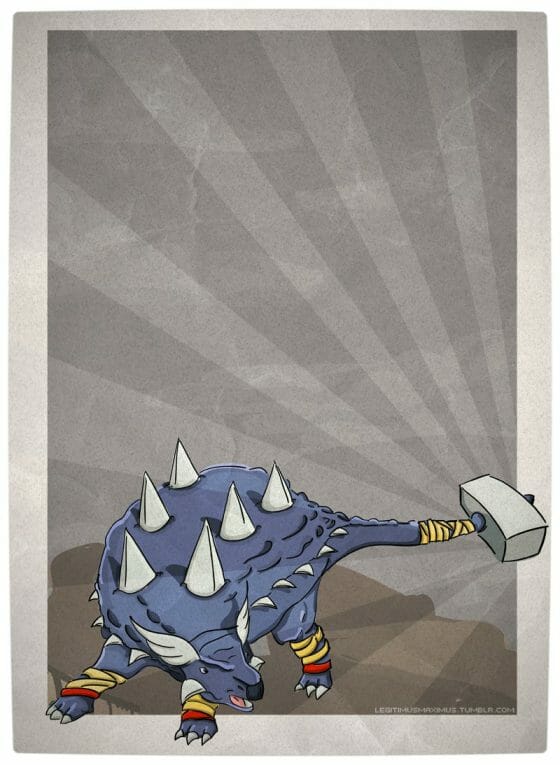 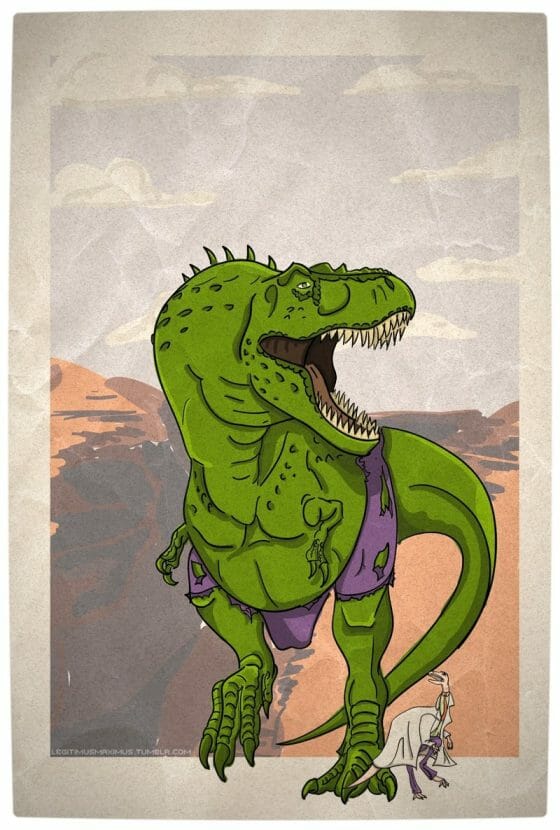 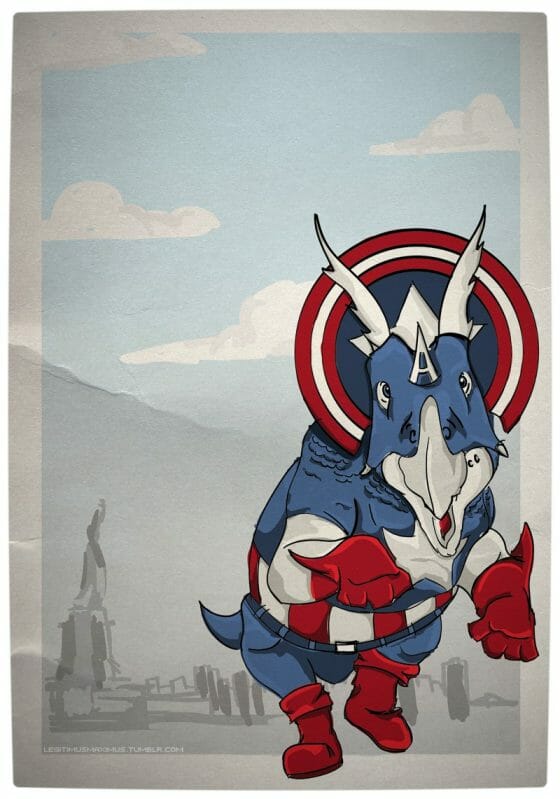