I have always considered the Xenomorph creatures created by H. R. Giger for the Alien film series to be beautiful. From their animalistic grace and utter ferocity to their menacingly attractive appearance, Xeomorph’s are some of my favourite ‘movie monsters‘.

As if Xenomorph’s could not get any better, a Croatian artist by the name of Stjepan Sejic has spliced the Queen from Aliens with the mightiest and most famous dinosaur to have ever lived, the Tyrannosaurus Rex.

The result is an excitingly magnificent creature that would strike fear into even the most hardened of Predators.

Sejic’s work captures the essence of both creatures fantastically and has become one of my most favoured fictional creatures because it combines my obsession with dinosaurs with my appreciation for Giger’s artistic style. 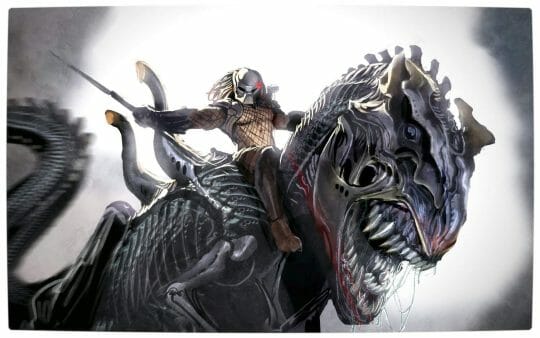