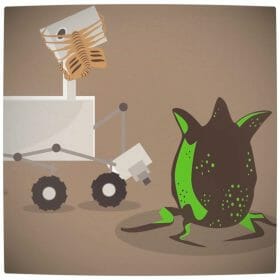 Hot on the heels of the Melbourne Metro’s Dumb Ways To Die, comes a fresh parody from the same people who brought us the iMac Touch and Surface vs iPad parodic advertisements.

The awesome people over at LaughPong have emulated, almost to a perfect tee, the Melbourne Metro’s latest viral advertising campaign with a phenomenal parody called Cool Things To Find.

Cool Things To Find shares the exact same catchy tune and possibly even the same vocals as the Melbourne Metro advertisement. However, instead of focussing on Dumb Ways To Die, the parody takes a highly humorous look at NASA’s Curiosity Rover and explores all of the Cool Things To Find in the universe and beyond.