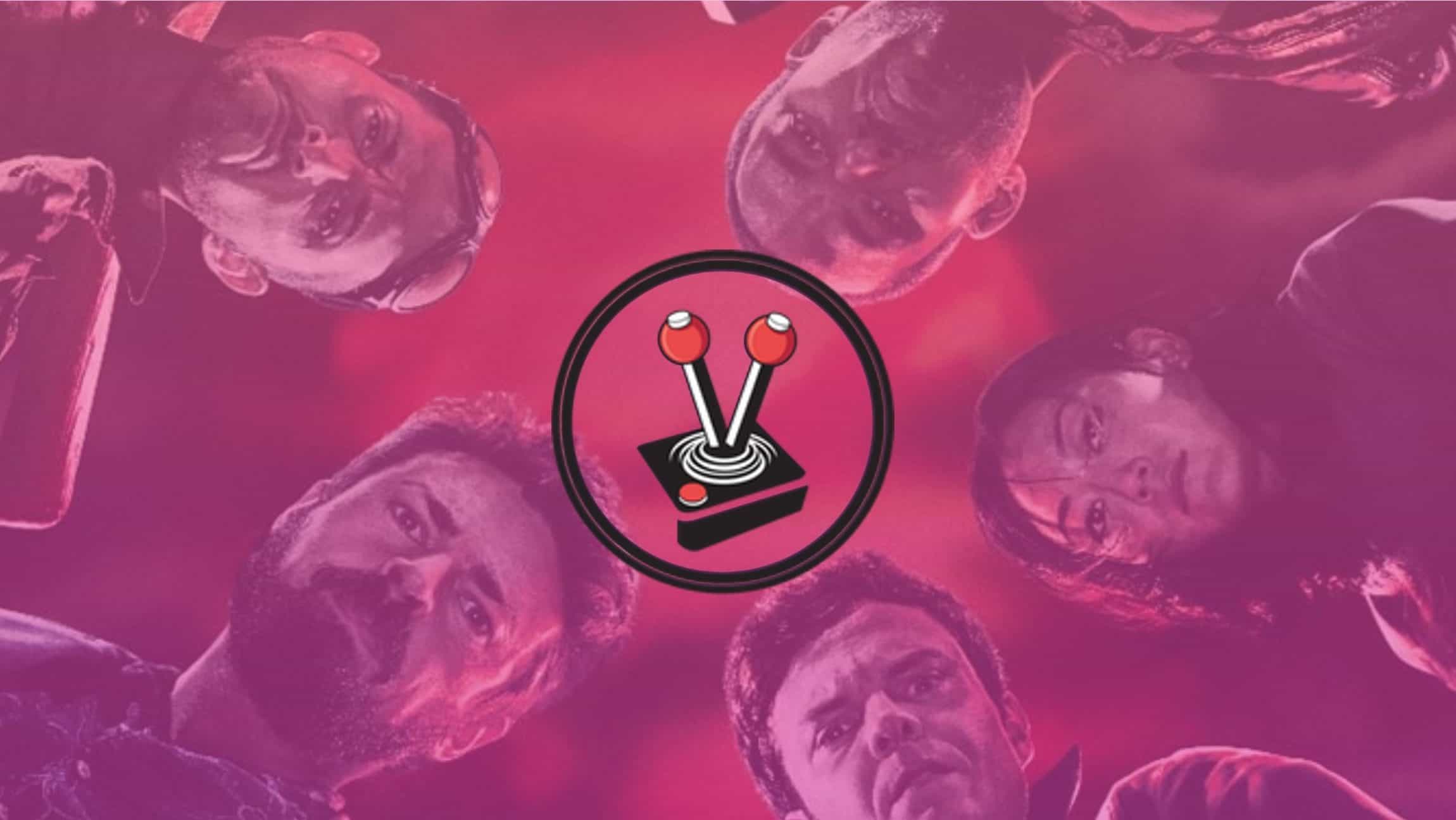 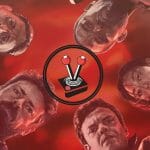 When one thinks of a superhero, aspects such as beauty, power, morality and honour come to mind. After all, what is a hero if it is not a person who is willing to selflessly put themselves in harms way for the good of others? At least, that is what recent Marvel and DC films would have you believe. The truth is that earthly superheroes are still human, and are therefore flawed and subject to the same vices that normal people might succumb to; like money, power and notoriety. It is this deliciously grey area of humanity, between ultimate good and pure evil, that is so wonderfully explored in the new television series: Amazon’s The Boys.

The world of The Boys is one in which super powered people have become household names. The public love and adore them. After all, it is easy to edify a hero to a god-like status when they have the super-human capability to save hundreds of lives in quick succession. Naturally, we all have our favourite superheroes. Men and women who portray valour, courage and righteousness, and who seek to protect the citizens of the world.

In this universe, The Seven are the heroes that the public idolise. Homelander (Antony Starr), Maeve (Dominique McElligot), The Deep (Chace Crawford), Starlight (Erin Moriarty), A-Train (Jessie Usher), Black Noir (Nathan Mitchell) and Translucent (Alex Hassel), are seven super powered individuals who are glorified above all others. Their moral compasses are unquestioned, and their actions are always without fault. They are the figures of hope that shine a light on the dangers that are posed against humanity.

However, what if everything you knew about your heroes was nothing more than a carefully managed illusion? What if the heroes you so idolise are just as flawed, perhaps more so, then you ever thought humanly possible? What if they are intentionally the cause of many of the tragedies that people face on a daily basis? Would you still feel the same way about them?

These questions form the core of the narrative in The Boys, which is ultimately focussed on Hugh “Hughie” Campbell (Jack Quaid). He is a mild-mannered twenty-something electronics store clerk, who lives a happy and seemingly ordinary life with his girlfriend Robin, and father (Simon Pegg). Like most people, Hughie idolises The Seven and wishes to be like them. That is until, like a bug against a windscreen, a hero accidentally obliterates his partner. In that moment, Hughie’s life is forever altered, and his perception of all heroes is shattered.

The trauma of the incident, and the way in which it is handled by the heroes and their managing agents, ultimately ignites Hughie’s passion for vengeance. As he falls down the rabbit hole of anger and despair, he befriends a man named Billy Butcher (Karl Urban) – a man who knows more than he lets on and who seemingly has the answers to Hughies lust for revenge. Butcher entwines Hughie in his own personal vendetta, one that necessitates the cobbling together of a ragtag group of vigilantes – Frenchie (Tomer Kapon), Mother’s Milk (Laz Alonzo) and Kimiko (Karen Fukuhara) – who take it upon themselves to prove to the world that the heroes are not who they appear to be. They become The Boys: a group dead set on shedding light on the veil of darkness that blankets the world from seeing the truth about the heroes.

When one thinks of superheroes, the French expression “noblesse oblige” comes to mind; which has been etched into the modern superhero zeitgeist as “with great power comes great responsibility”. As such, it stands to reason that most super powered people would abide to a moral code of some kind, taking responsibility for their actions. However, what if you did not have to worry about the consequences of your actions? What if you could do whatever you wished, and the repercussions would be handled on your behalf and without a momentary glance? What if your choices were governed by intimidation and fear? What if you were only really a “hero” for the fame and fortune? With the above in mind, would you still abide to your personal morals, or would you succumb to the notion that you are ‘untouchable’?

These themes are engrossingly explored throughout the narrative that weaves together Hughie’s personal story of loss and redemption, and that of the heroes of The Seven and their battle to maintain a semblance of free will against the massive organisation that controls them, Vought International. A company that is run by a powerful and mysterious figure, and one that sees heroes as products, which are syndicated, monetised and marketed in the name of capitalism.

Eric Kripke – the same man who has spearheaded Supernatural since 2005 – alongside Seth Rogan and Evan Goldberg – the same duo responsible for films like Superbad (2007) – have done a spectacular job of crafting a beguiling and incredibly socially relevant narrative. One that illustrates how “absolute power corrupts absolutely”, and how the pursuit of perfection is fallible. It delves into the psyche of what it means to be super powered, and what must be done in order to remain relevant. It explores the unfortunate complexity of being seen as nothing else but a tool, in a world where freedom of choice and expression are controlled by shareholders and popularity polls. It explores the fragility of humanity, and how quickly compassion and empathy can take a back seat to the strums of power, wealth, and notoriety.

The thought provoking and intriguing narrative elements are beautifully threaded together with some truly superb satire and dark humour. It is clear that the characters, which are based on the comic book of the same name by Garth Ennis and Darick Robertson, are satirically based upon popular superheroes like Superman, Wonder Woman, Aquaman, Mr Fantastic, The Flash and more. What is most interesting about the characters in The Boys, however, is how the narrative seeks to explore the humanity, or lack thereof, of people who have god-like abilities. It does so in a very dark humoured way, where grit, gore and violence are used in hilarious ways. Speaking of, the show is extremely adult in nature.

Unlike many other shows on television, the gore and violence in The Boys is substantiated. It is often used in two ways. The first is to illustrate the immense power that certain characters wield, and sheds a further light on the fragility of the human body. The second is a means of comedic relief, whereby a violent and gory act will have some form of humour attached to it. In my opinion, it works exceptionally well, and harkens back to the way in which humour was applied in True Blood. With that said, it is not for the faint of heart.

I must also make note of the excellent wardrobe, cinematography and audio featured in The Boys. All too often, these are topics that are seldom spoken about, and yet they have been implemented with aplomb in this series. Characters look incredible, and their satirical bases are evident in their outfits. Despite this, each is unique enough to be validated in their own right; and it lends an indescribably familiar feel to each hero. Better still, the way the characters look plays wonderfully into the narrative concerning ownership and social relevance. The audio is also outstanding. Powers pack a punch, but are not over done, and the musical score is simply superb. The show features the typical grandiose overtures that superheores are famous for, but it mixes it with the likes of Van Halen, Slipknot, The Runaways, Rick Astley and more. Lastly, the visuals, audio and intelligent script are gorgeously stitched together on a canvass of muted hues and unique cinematic queues that help convey power, desperation, humour and the unexpected. The show is a visual spectacle from the first episode, through to the last.

The Boys is an expertly shot television series with a high amount of polish. It features cinema grade special effects, and has a cast who embodies their roles with panache. The script is memorable, and the narrative is thrilling and utterly engrossing. It goes without saying that Amazon’s The Boys is one of the best superhero television series ever made, and is one of the best new series of 2019.