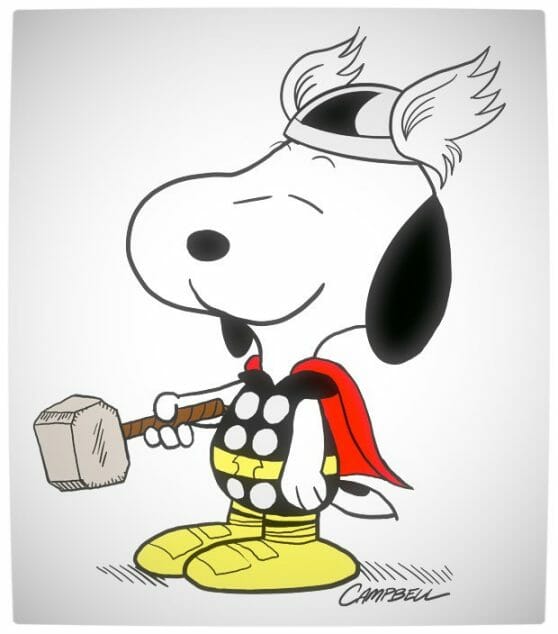 The great illustration above depicts Snoopy as Marvel’s god of thunder, Thor. For those who do not know, Snoopy is a fictional character who is the star of a very long running comic strip called Peanuts by Charles M. Schulz. In the comic strip, Snoopy is Charlie Brown’s pet dog.

As the Peanuts comic evolved, Snoopy began to develop into the the strip’s most dynamic character and, consequently, one of the world’s most recognisable comic characters. As a result, fans and artists around the world have reimagined Snoopy and his friends through a myriad of creative works.

Louisiana based illustrator, Brad Campbell, is one such artist who recently envisioned the cast of characters from Peanuts as members of Marvel’s Avengers.

With Snoopy as Thor, Charlie Brown as Spider-Man and Woodstock as The Hulk, Campbell has crafted a truly unique and interesting crossover. 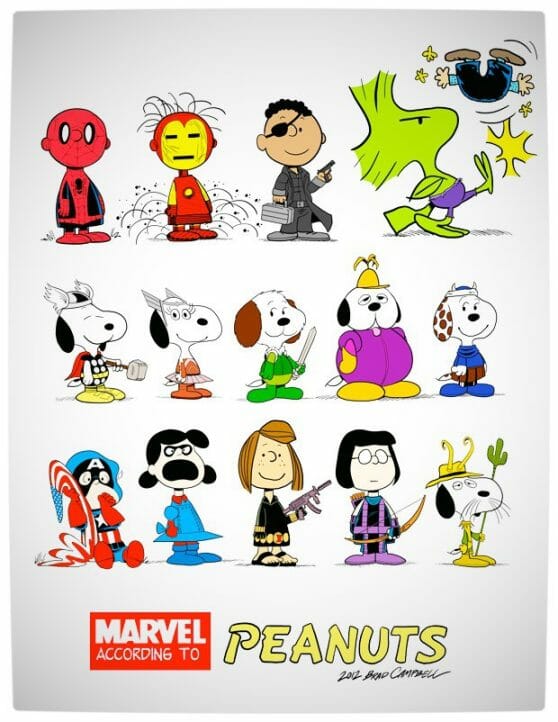