Mashable, the Internet’s most visited ‘blog’, in conjunction with Samsung have partnered with Graphic designer Emil Lendof and illustrator Bob Al-Greene to create an enlightening series of infographics detailing the estimated real world cost of what it means to be a superhero.

The estimated results are fascinating and offer clear insight into global economic inflation and the increased use and cost use of modern technology. 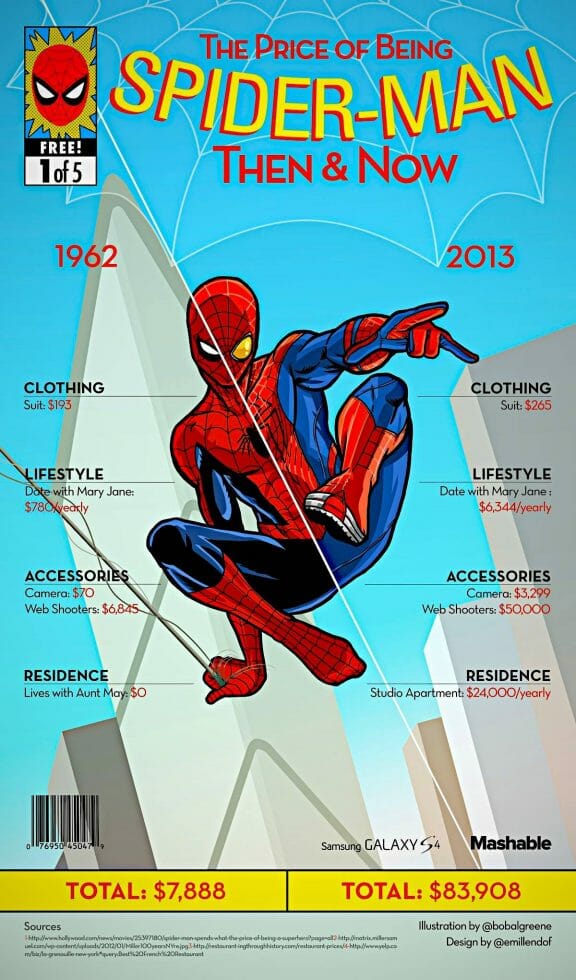 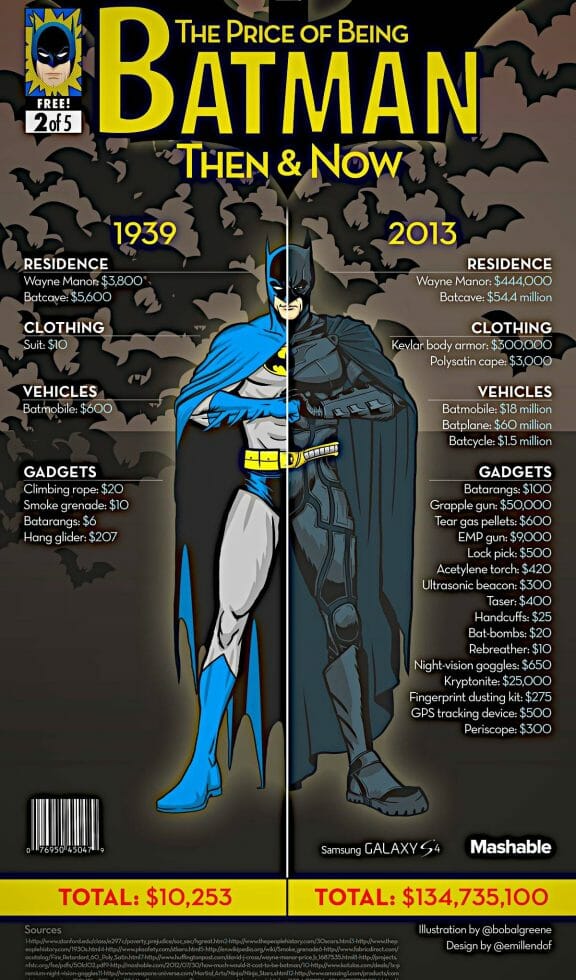 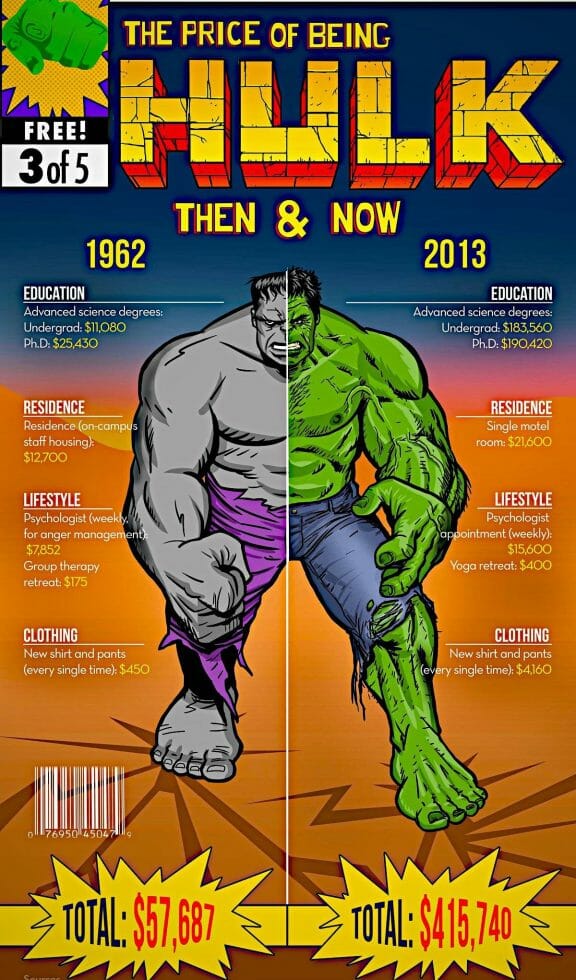 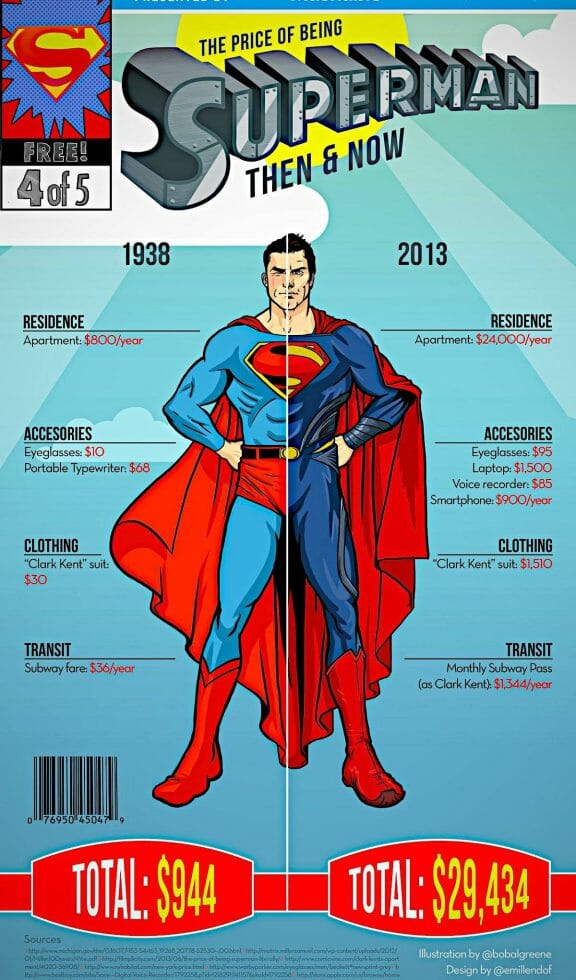 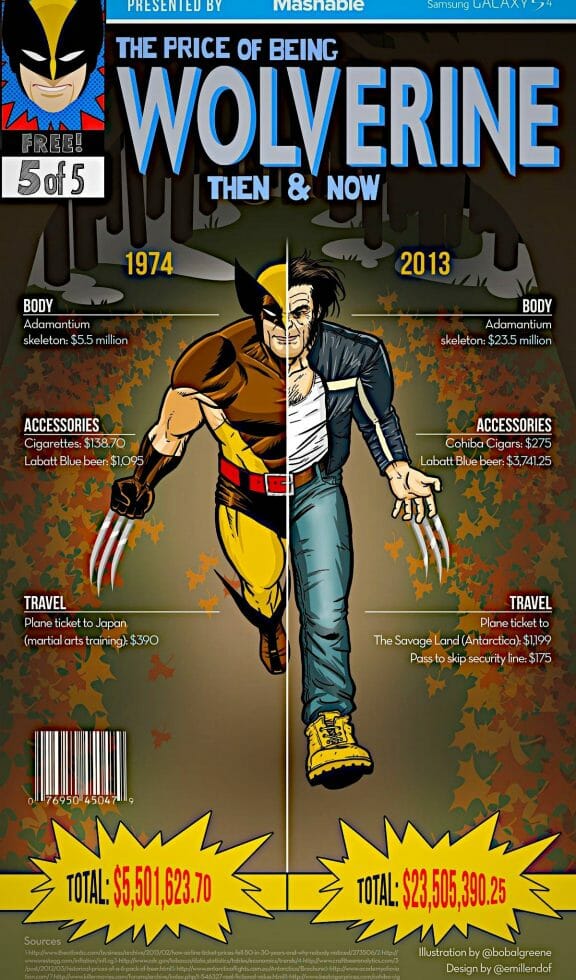