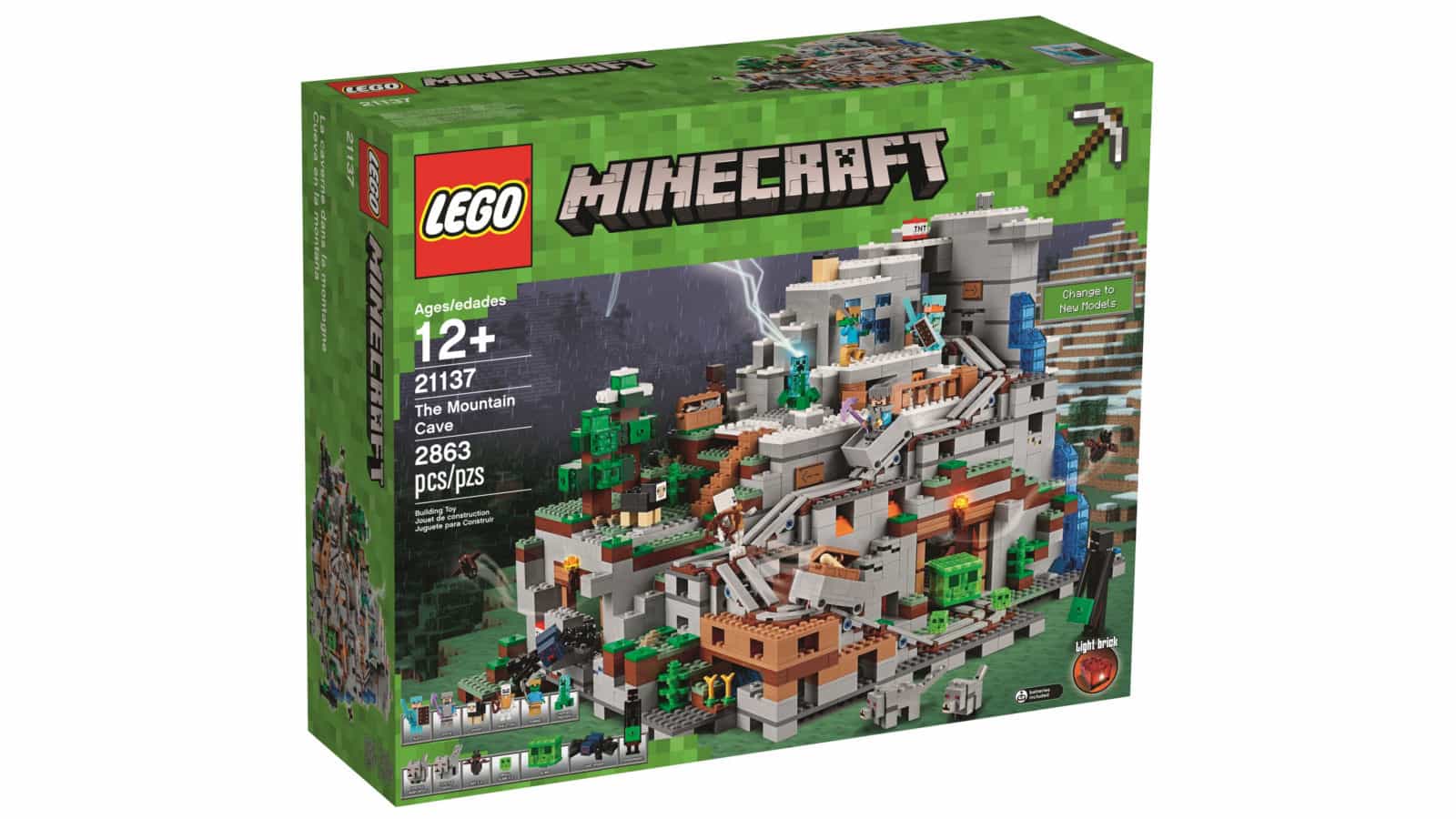 In a move that screams “look, mine is bigger than yours”, LEGO have announced their biggest set yet with the LEGO Minecraft Mountain Cave – based on the popular block-building and mining game.

Although I have slowly lost interest in LEGO sets over the years, I did enjoy this year’s LEGO Worlds video game. LEGO Worlds is the block-building giant’s take on a world-building game like Minecraft, and it is pretty decent too. It seems that LEGO agrees and wants to further their partnership with Minecraft, hence the introduction of the LEGO Minecraft Mountain Cave acting as a large step in that direction. To be honest, who could blame them? These properties were meant to be together.

Last year’s “biggest Minecraft LEGO set”, The Village, is put to shame by the newly announced set. Whereas The Village had a “meagre” 1,600 pieces, The LEGO Minecraft Mountain Cave it made out of 2,853 pieces. That is a whopping 1,200 pieces more than what the entire world thought possible for a commercial LEGO product. On that note, it also costs a bit more than The Village, coming in at a retail price of $250 USD, versus only $200 USD for the now-smaller set.

With The LEGO Minecraft Mountain Cave, builders can experience a working Minecraft track, a powered Minecraft elevator, and an array of other functions. The set even has TNT blasting and rotating spider spawners! Additionally, you can also expect some cool features unique to Minecraft, such as positioning the light brick to illuminate said spider-spawner, a wall of Redstone, a furnace, lava, and even a torch above the cave entrance.

The huge set also includes fan-favourite mascots, Steve and Alex, in the form of LEGO Minifigures; 13 additional mobs (monsters) including a charged Creeper, sheep, slimes, and wolves; and the usual LEGO modular design that players have come to expect from the game.

At the time of publication, there is no word of when or if the LEGO Minecraft Mountain Cave set will arrive on South African shores. However, it will launch in America and Europe on 1 July 2017 – so we hopefully will not have too long to wait. 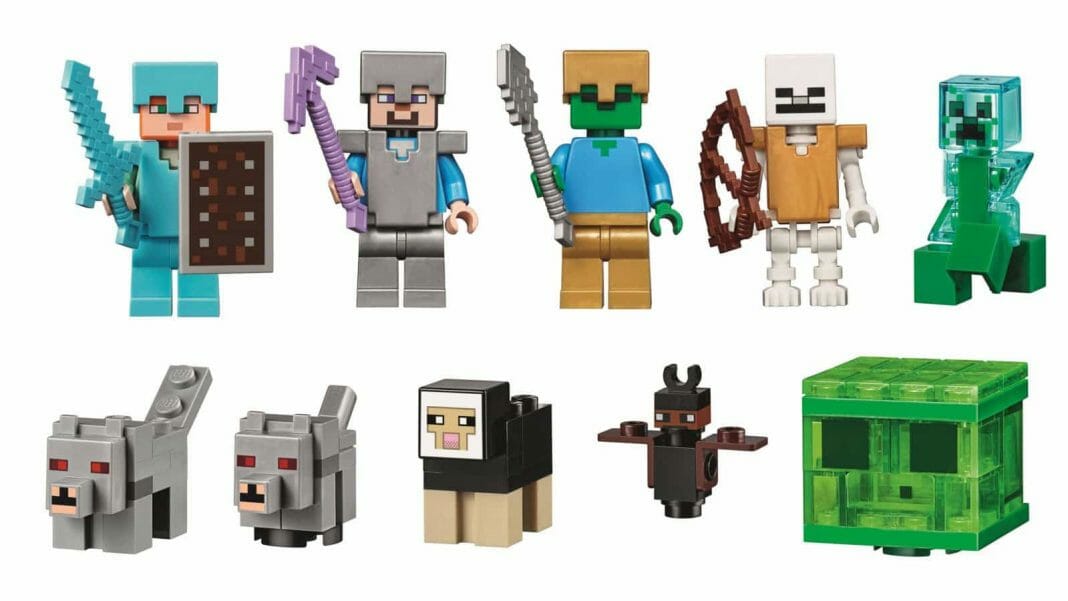