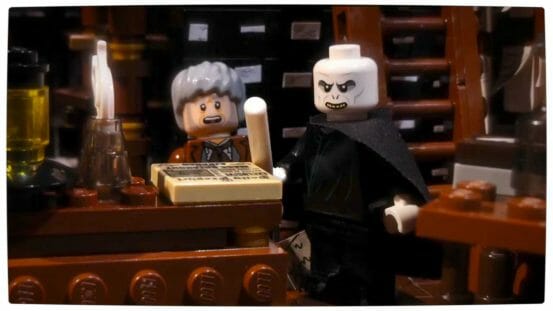 Lord Voldemort is seeking the Elder Wand in his quest to become the most powerful wizard that ever lived and, more simply, to destroy Harry Potter. While on his quest to world domination, he makes a brief stop at Ollivander’s wand shop in Diagon Alley. Unfortunately for the Dark Lord, many other wizards go shopping at Ollivander’s too. Some wizards, as “he who shall not be named” soon finds out, harbour far more power than anticipated.

Watch Lord Voldemort get his butt handed to him by Gandalf the Grey in this superbly animated LEGO short by the Brotherhood Workshop.