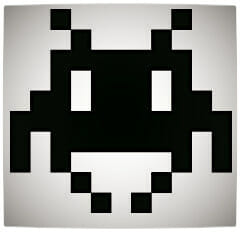 Since the late 70s, gamers around the world have defended Earth from the pixelated aliens of Taito’s Space Invaders.

Like most traditional 8-bit arcade video games of old, Space Invaders is concerned more with fundamental gameplay and strategy than with story. Consequently, many would not think twice about blasting away at enemy aliens in order to save Earth from total annihilation.

Artist and game designer Ehud Lavski has attempted to elicit a moment of pause and reflection for gamers who play Taito’s classic by humanising the ‘invaders’. He has done so by introducing a possible narrative to the life of a single Space Invader in order to help better understand Earth’s enemies.

The results are thought provoking with Lavski’s comic drawing direct comparisons to human life and experience. View the full comic below. 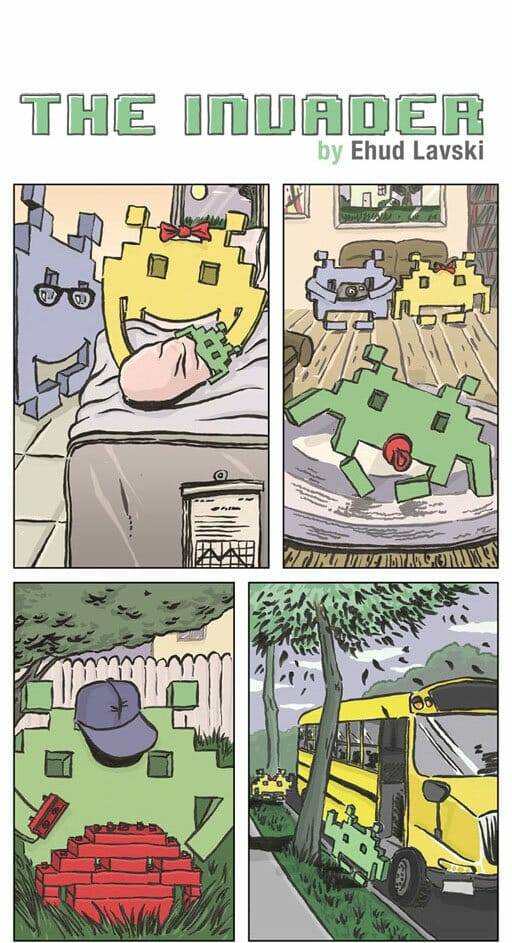 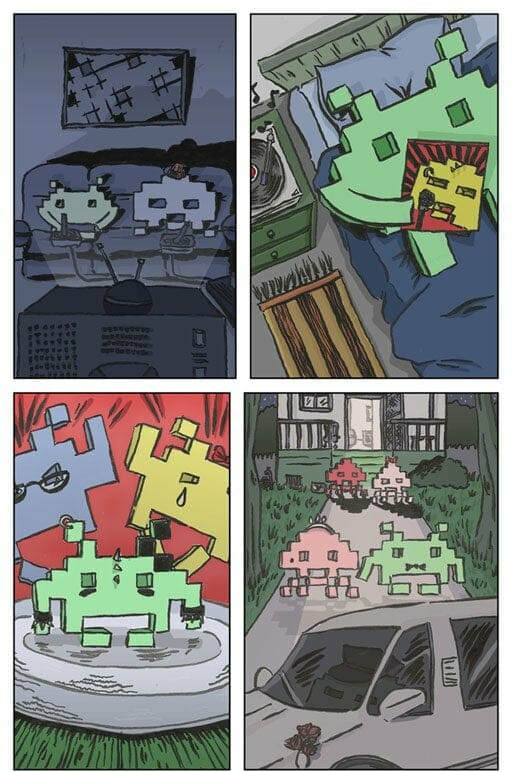 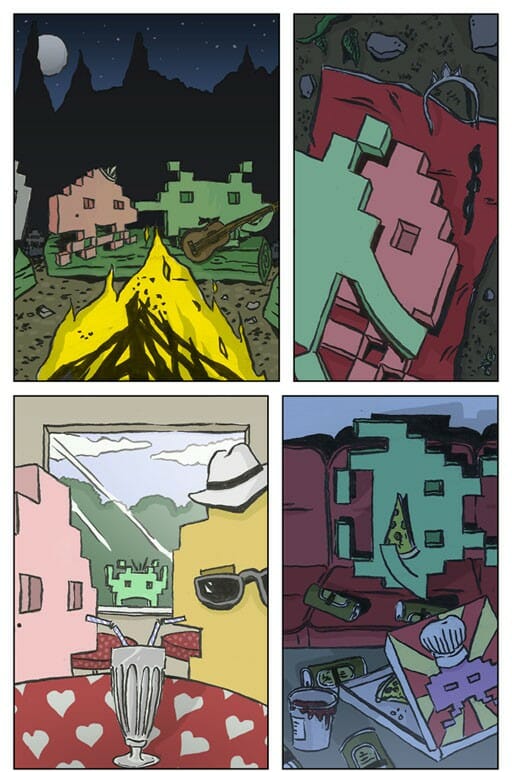 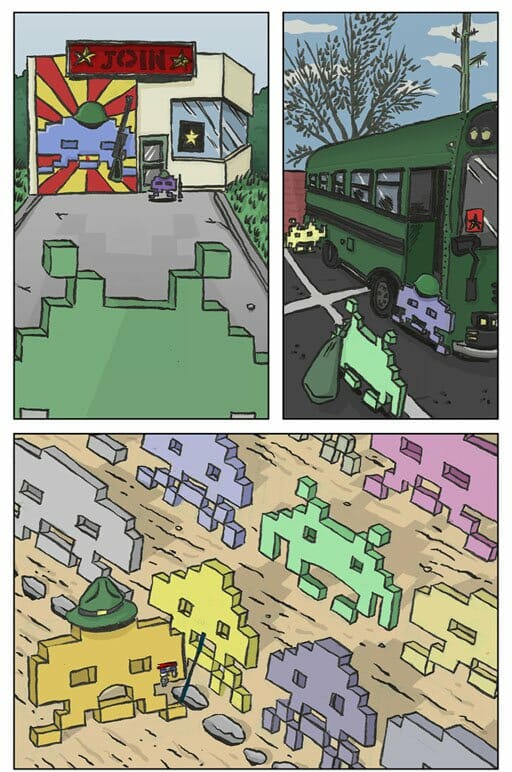 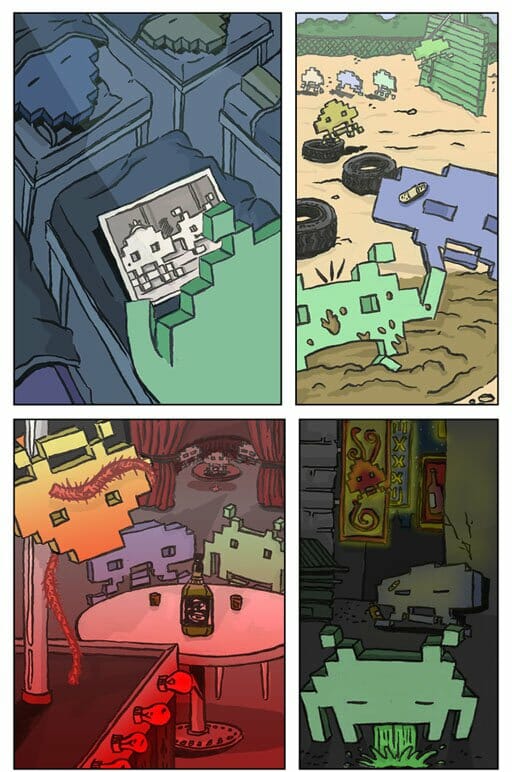 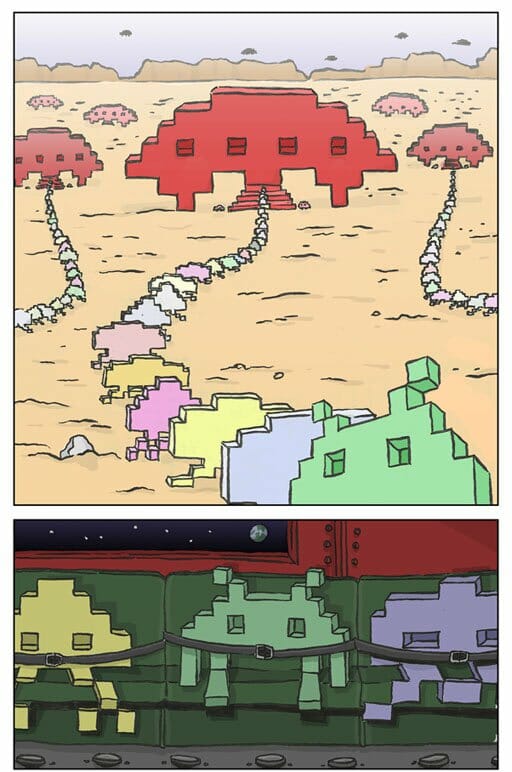 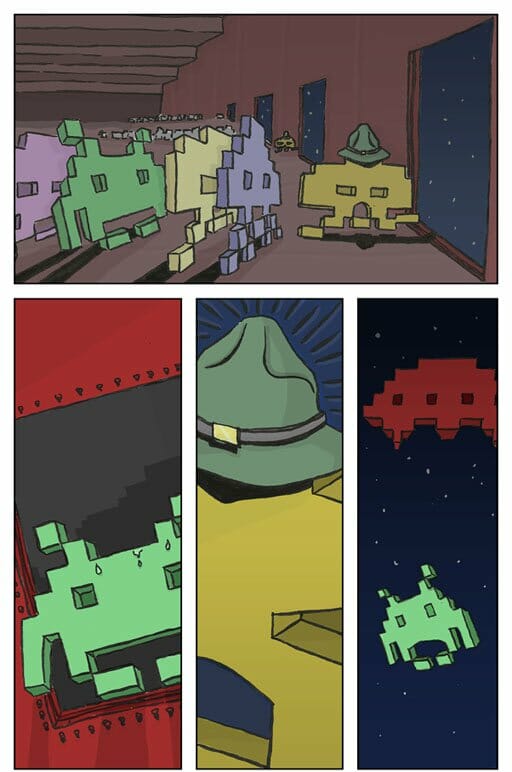 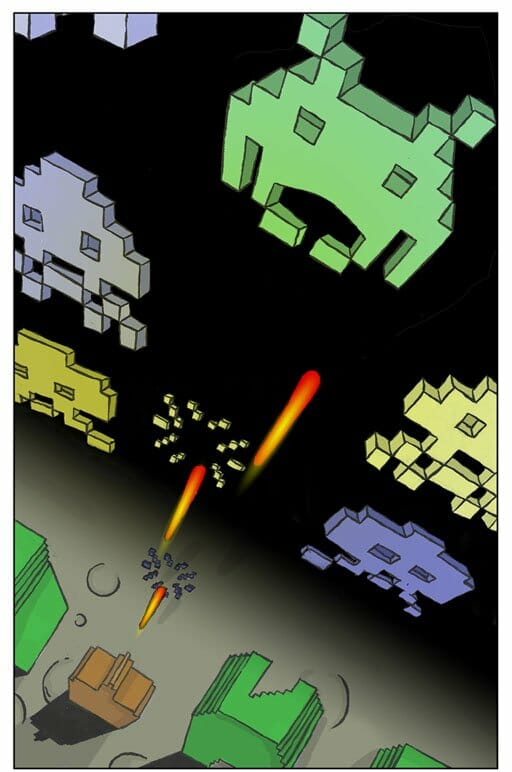 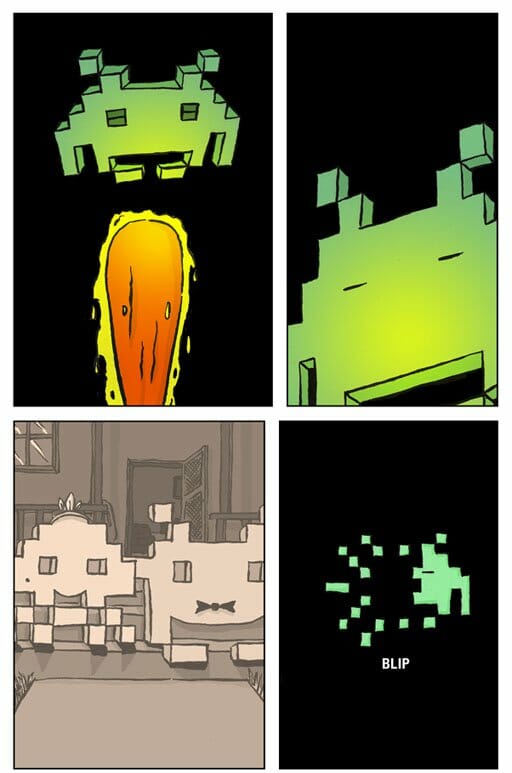