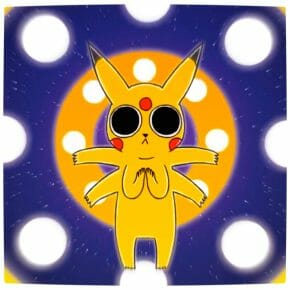 Pikachu on Acid is an absolute retina scorching visual delight. Created and developed by the creative minds at High 5 Toons, the short video explores what would happen to a Pokémon that is affected by the move ‘acid’.

Traditionally, the move ‘acid’ has been associated with a negative pH balanced and corrosive liquid. However, what if the ‘acid’ was a hallucinogenic instead? High 5 Toons uses this premise to create a satirical parody of a traditional Pokémon battle. The result is a hilarious four minute animation that has been superbly crafted with a style and feel similar to Cartoon Networks Adventure Time animated series.

Pikachu on Acid has some of the best and most fluid animated visuals yet seen from a YouTube based cartoon. So dim the lights and crank up the volume because you are about to embark on an unforgettable psychedelic trip with everyone’s favourite yellow lighting mouse, Pikachu.