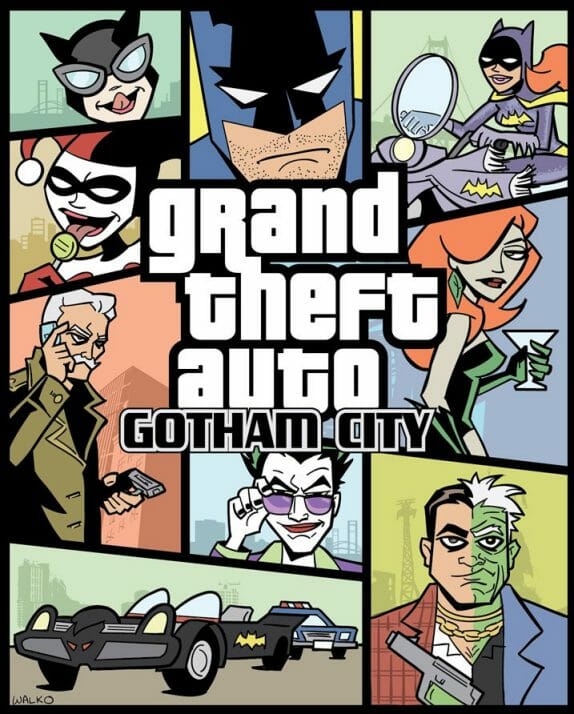 How great an idea is the above piece of geek inspired art, entitled Grand Theft Auto: Gotham City?

The mashup between our favourite caped crusader’s universe and the playground of an open-ended world, like the games in Rockstars Grand Theft Auto series, would be a dream come true.

A commenter on Reddit suggested that if this video game became a reality, the play style would place the user as a minor thug-for-hire who teams up with Batman’s villains as the story progresses, all the while “narrowly escaping the Bat throughout the story… Escalating into one of Batman’s biggest foes”. How good does that sound? I, for one, would absolutely purchase a video game with the aformentioned premise and honestly hope that DC Comics and Rockstar find a way to make it happen.

Until then we can make do with Batman: Arkham City – currently one of the best Batman inspired video games.