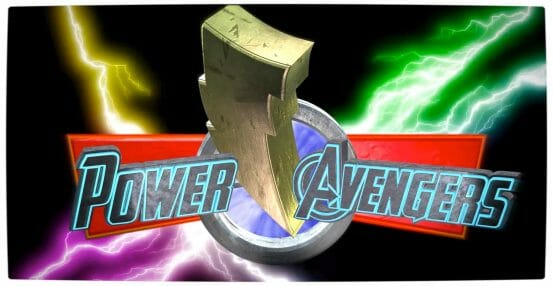 As a child of the very late 80s and more so the 90s, I was exposed to a myriad of wonderful programming for children. One of my favourite television series as a child was the original season of ‘The Mighty Morphin’ Power Rangers’.

I tuned in each day to watch Zordon’s Power Rangers combat the evil Rita Repulsa. I can still clearly remember one of the best story arcs at the time, when the villainous Rita recruited and brainwashed a teenager to assume the guise of the misunderstood Green Ranger, who later became the legendary White Ranger – 90s children’s television at its best.

Courtesy of the creative folks behind the Ismahawk channel on YouTube, comes a very special and fantastically put together trailer for The Power Avengers: a crossover that envisions Marvel’s Avengers as a 90s television series like that of ‘The Mighty Morphin’ Power Rangers’.

The trailer for The Power Avengers features all of the classic hallmarks of 90s live-action series including sprite-tastic special effects, super powered hand gestures, memorably corny dialogue and a villain clad in green. It is nostalgically awesome. Enjoy!