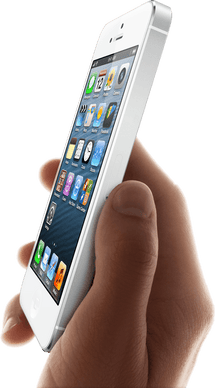 Wednesday 12 September 2012, Apple announced a slew of new products including a new iPod Nano and iPod Touch, a new version of iTunes and, most importantly, the iPhone 5.

Unlike ‘the new iPad’, however, Apple have retained the traditional numbered naming convention that was previously used for the iPhone line of products.

The iPhone 5 will be available from the 21st September 2012 in the following countries: United States of America, Canada, United Kingdom, Germany, France, Australia, Japan, Hong Kong and Singapore. The iPhone 5 will be available in a further 20 countries from October 2012 and is is estimated to arrive in South Africa by the end of October to the middle of November 2012.

Due to Apple’s immense popularity, there is no shortage of news coverage concerning Cupertino’s newest products (check Engadget for some of the best coverage). As a result, instead of regurgitating the same information here on Vamers, I have decided to focus on only the main changes and differences when comparing the iPhone 5  to the iPhone 4s.

The iPhone 5 surpasses its predecessor as follows:

What do you think of Apple’s newest iPhone? Leave us a comment with your thoughts.