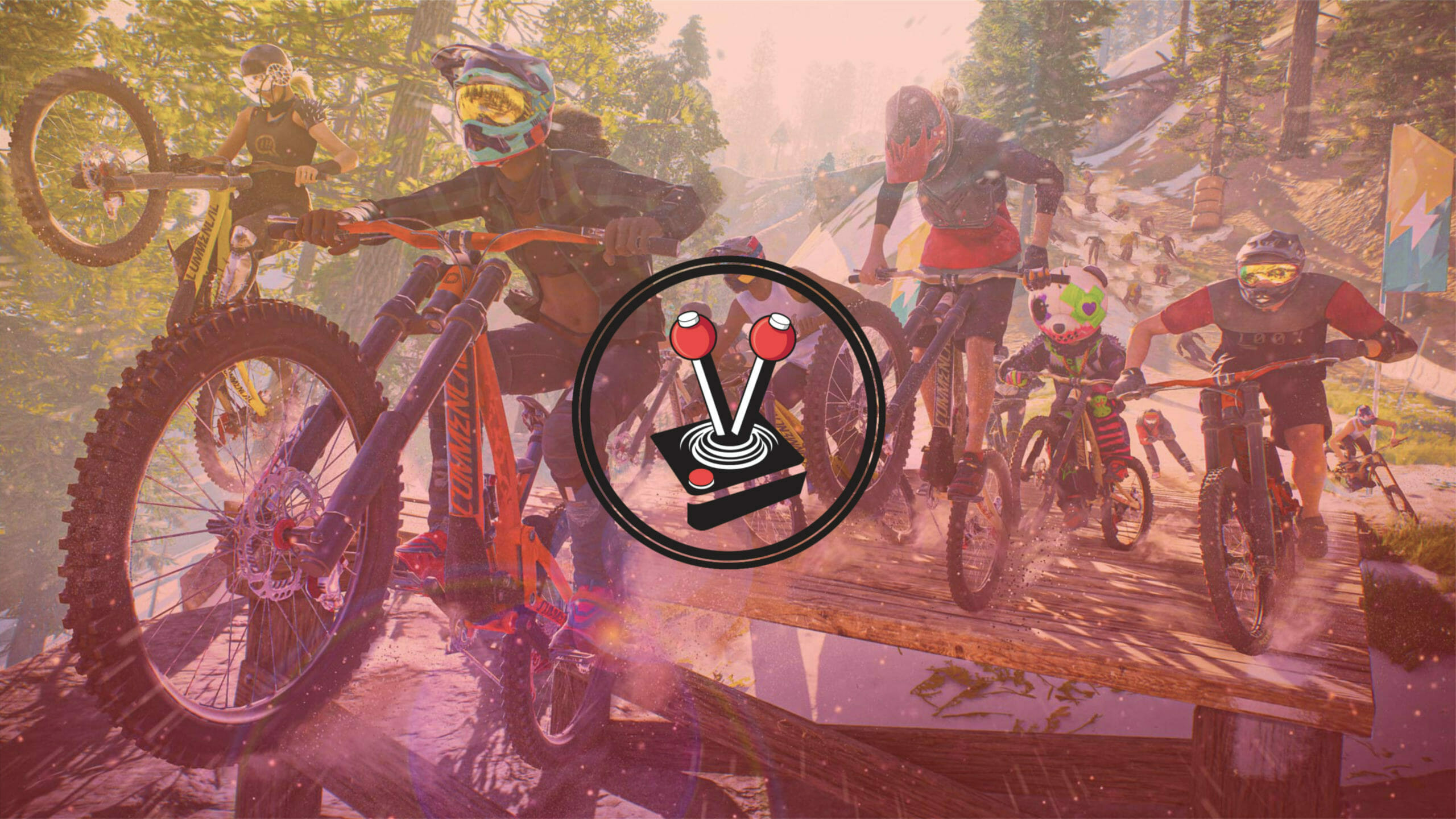 While known for their thrilling spy adventures and special operations shooters, Ubisoft is no stranger to the various sports genres in gaming. From F1 Racing Championship in 2000, through to 2008’s Sports Party, and even the recent Steep (2016); the company has accrued a flavourful mixture of specialised sports games over the last few decades. It only stands to reason then, that an amalgamation of all of these sports and more, would finally see the light of day within a single title. Riders Republic is exactly this, despite what an overbearing amount of motocross marketing material might allude to. The title includes a plethora mainstream extreme sports and, surprisingly, does it all very well!

Helmed by Ubisoft Annecy, the same studio behind Steep (2016), Riders Republic takes the best of massively multiplayer online games (MMO) and merges them with outdoor sporting activities. The result is a beautifully diverse title spanning the United States of America’s many national parks, forests, mountains, and even deserts!

From the onset, Riders Republic wants players to feel welcome. It opens with a thrilling demo through four of the game’s major disciplines, and then promptly switches into the character creator where a fair amount of options await. I chose the type A body because I am an alpha like that; gave my avatar a pair of mutton chops and an afro, then made her skin green… because why not? Needless to say, players will not want for the way their characters look.

Character creation aside, Riders Republic affords players with two main ways of play: “Zen mode” or online/career mode. On one hand, Zen Mode allows player the freedom run around, grab a wing suit, go for a ride on a bike, play with a jetpack, and so much more with no real constraints. This mode allows players to switch from sports discipline to discipline almost instantaneously. It truly plays into the wanderlust of its players by letting them explore for hours on-end, allowing them to get lost in the magnificent environments of the various landmarks dotted across America.

Conversely, loading into career mode is an entirely different experience. After the first (admittedly rather cringey) tutorial event is completed, the game opens up with a few options. Regardless of which is picked, they all eventually result in unadulterated casual and chill sports bliss. However, the issue of getting to this point may be a little tedious. In Career mode, Riders Republic will constantly jabber on about how extreme everything is, whether jumping down a steep cliff, doing some wheelies at home base, or simply just… walking around and staring at a bunch of non-playable characters. The game keeps hammering in how much “fun” all the non-playable characters are having, and how close all of them are as friends (there are hundreds). Some characters go out of their way to show the player how they can get away with making fun of their “bros” while others go on entire tirades more suited for a psychologist’s office; all done just to tell players how much they love what they do and who they are around with. It is honestly a little creepy and rather off-putting.

With that said, this minor niggle is nothing compared to the wonders of the actual gameplay, and there is a lot to sift through. It goes without saying how important it is to remember what the tutorial was trying to convey — there will be a whole lot of fumbling, falling, and failing in the first few hours of the game. However, once the fairly basic controls are mastered (most disciplines only take advantage of three or four buttons of the controller), it really is smooth sailing toward a really enjoyable experience! The Career mode in Riders Republic actually spans hundreds of hours of races, sprints, and events. There are main and secondary events, time trials and more, all of which need to be won and/or participated in before a huge grand-scale finale unlocks – which spans multiple sport disciplines.

While leaderboards exist for players who are gung-ho about showcasing their abilities, the point of Riders Republic is to allow casual gamers to enjoy extreme sports. As such, the game features a very flexible format where players do not have to follow a set schedule for whatever sport disciplines they are interested in. Furthermore, winning a race in Riders Republic is not at all the focus. Rather, simply finishing is. Come dead last in a race, and the game still hands out a star. It lends a wonderful sense of accessibility to the title, something other sports titles rarely get right.

Even so, honing skills and self betterment continue on as main goals in Riders Republic. There are dozens of disciplines to choose from, and while players need only receive a single star from every main race; getting lost in the grandeur of it all is an easy thing to do. Especially when players are encouraged to play their favourites events and sports. In terms of progression, rewards come in at a constant pace. Whether it be a star or two (or three if done exceptionally well), or some cosmetic unlock, which can also be used in Zen mode, feeling “left out” is simply not something easily experienced. There is quite a bit of conversation surrounding difficulty and accessibility in games nowadays, and Riders Republic is seemingly hitting the nail on the head with how perfect it is in this regard.

Players who like to embellish the look and feel of their characters will feel satisfied with Riders Republic as well. As a live service title, Ubisoft has already promised multitudes of cosmetics. These can either be found through the usual game overlay, or via the home base area called Riders Ridge. In Riders Ridge, players can freely customise their avatar (in full), visit both the premium currency, and in-game currency shops, and load into whatever race they want to do next. However, Riders Ridge is also home to regularly scheduled mass races. These races usually have around 60 competitors and span several disciplines similar to the grand finale matches. They are messy and chaotic and are, quite honestly, some of the most exhilarating races Riders Republic has to offer! Players can also schedule 6v6 multiplayer races with friends at home base, or go on jolly “free ride” races where the name of the game is to find all of the collectibles stashed away in all sorts of nooks and crannies of the open world.

Fortunately seeing collectibles is easy enough, but the sheer density of some environments is incredible; to say the least. The Pine Creek (Zion) is one of the best locations in the game thanks to its lush forested regions and how it borders on both the snowy mountains to the north, and the much dryer regions to the south west. Lincoln Peak, for instance, is a marvel to behold (and also the location of the Emerald Pool relic #ProTip). Although pretty in its own way, Riders Republic is not as visually accomplished as a title like Forza Horizon 5 (2021). With that said, the game does feature a whole lot of beautiful textures, models, and some of the prettiest environments yet seen in an extreme sports title [RIP SSX Tricky, you shall forever be the most beautiful, at least to me]. Accompanying the visuals is Ubisoft’s focus on motion capture for all avatars, and it really does make a world of difference. Pulling all sorts of tricks on a dirt bike has never looked smoother, while facepalming a mountainside has never looked more painful.

It must be said that there is a whole lot of loading in the game. While not exactly slow, rewinding one of those grand-scale or mass races can become tedious for any player who likes to be OTT (over the top) about their times and tricks. Similarly, jumping from location to location in Zen mode is quick and easy, but the amount of times the screen needs to fade to black is simply frustrating. A longer initial load would be preferred with instant switching over hundreds of tiny fades in-between. Think Witcher 3 fast travel on Xbox Series X. Regardless, this is a minor gripe in an otherwise stellar and extremely well optimised title.

The online/career mode presentation in Riders Republic can be a bit ostentatious at times, but it quickly fades out of memory as soon as an event loads up; for this is what the game is all about. Races and events are exhilarating, with all-out action and speed around every corner. The game has its fair share of unlockables and there are more than enough collectibles dotted around its open world map to keep one busy for many hours. Of particular note is how Riders Republic allows for any and all players to enjoy its many sports disciplines. The game’s reliance on simple button inputs for every race welcomes players of all skill levels, and thus enhances the number of players available for multiplayer events. Ubisoft Annecy truly went all out with this one, and their love for this brand-new intellectual property beautifully shines through. There are one or two niggles that need some work, but overall it is a great experience worthy of any player’s time.