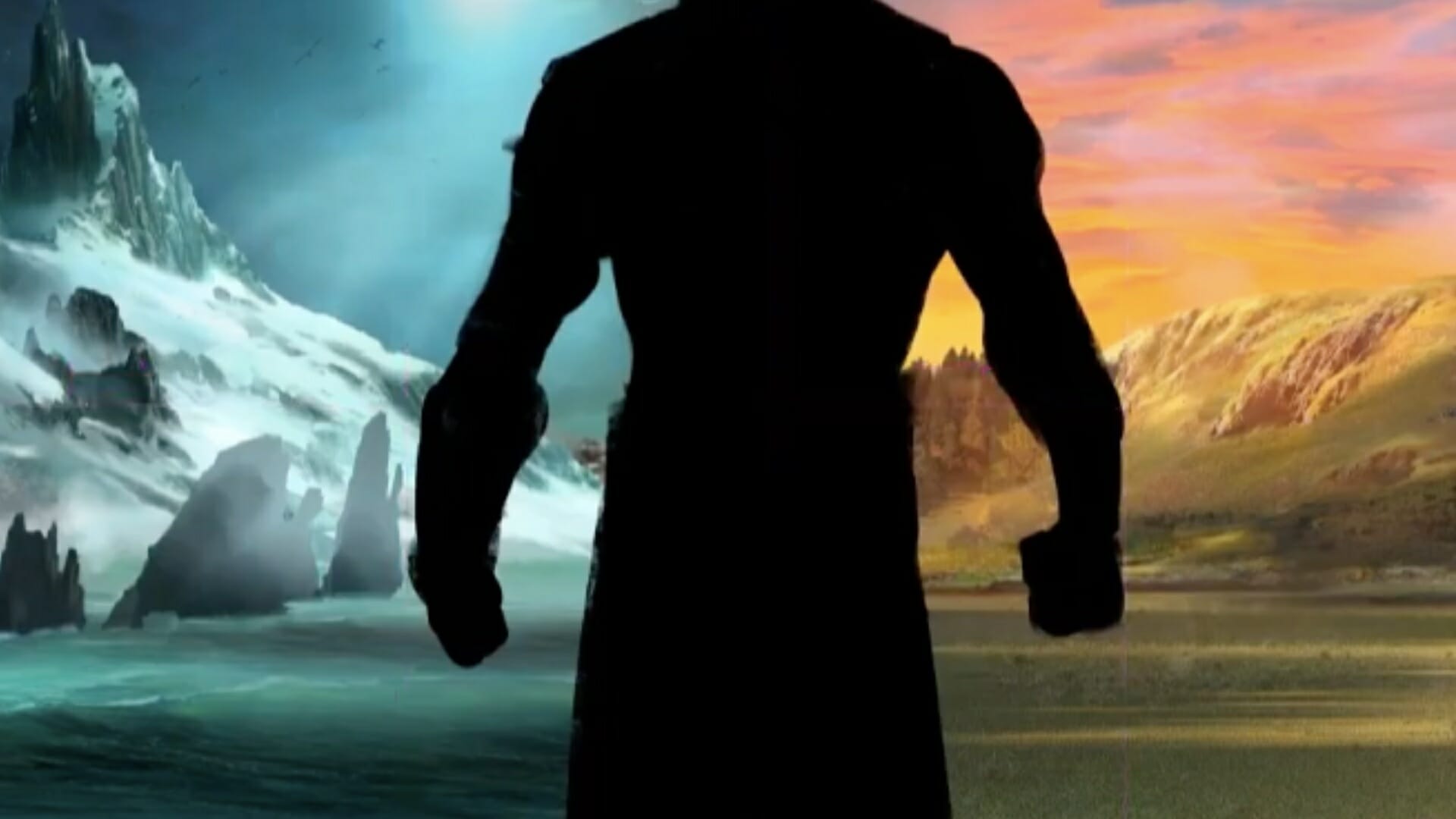 We may all be eagerly awaiting for Ubisoft to officially unveil the title and setting of the new Assassin’s Creed title. Sure, rumours and leaks all point to an obvious Vikings and Norse-inspired game. Other than conjecture, however, we know very little about the title [officially revealed as Assassin’s Creed Valhalla]. As I write this article, there are currently 1423 people (myself included) watching an official Livestream on YouTube. The Livestream in question is set to be the first official reveal of the “next Assassin’s Creed game” as YouTuber, designer, and artist BossLogic creates the first-ever art we will see for the new title. At the time of publication of this article, there is a dark figure in the middle of the image, with a generic-looking hill on the right, and stormy and icy mountain ridges on the left with water below. I think we all know where this is going, so I figured I would create a list of things the new Assassin’s Creed definitely is not. You know, to temper those expectations a little.

We all know that the Assassin’s Creed franchise has ties with some of Ubisoft’s other brands. Many fans have clamoured to see Third/Fourth Echelon show up in the games in some capacity, for instance. Many fans also want the franchise to deviate completely and embrace other fictional universes. As I watch BossLogic work his magic, I can come up with a few reasons why that seems highly likely this time around! Unfortunately, as likely as it is, it is very much not plausible. As such, I have listed five things the new Assassin’s Creed definitely is not.

The image unfolding on the livestream may be split in half with a nice green field on the right and icy rocky ridges on the left. This coupled with some epic tracks from various Assassin’s Creed soundtracks in the background, may spur the imagination into wild directions. Let me burst your bubble right now: the new Assassin’s Creed is definitely not a Game of Thrones spin-off or prequel. As much as I would love to see the world of A Song of Ice and Fire in an interactive and open-world setting like Assassin’s Creed: Origins or Odyssey, I highly doubt Ubisoft will ever be brave enough to take the franchise in that direction.

Okay so… I see you, with your World of Warcraft tee and Warcraft III poster. Castles and ridges on the right with icy mountains and storms on the left? Must be some kind of Frozen Throne spin-off, right? I mean, it is possible… but highly improbable. Sure, Frozen Throne was one-of-a-kind and so is World of Warcraft, but let us leave the two franchises right where they are. Besides, I would much rather have an Assassin’s Creed go into the war for Azeroth, more so than anything else.

Okay, listen, I know 2020 is the year of the remaster and Final Fantasy VII Remake pretty much hit the ball out of the park in terms of remastering content, but this is never going to happen. Ubisoft already entertained Assassin’s Creed III fans like myself with a high-definition remaster, so it is highly unlikely that they would devote the time and resources to completely redo the game… even though we all know it really deserves one.

While this is somewhat likely (since you did raid tombs in both present-day Assassin’s Creed II, and Assassin’s Creed: Origins), I find it unlikely the actual game will revolve around tomb raiding. There may be castles, as is evident from the livestream, and there may be rocky and icy mountains, but I think Lara Crofting will largely come down to the players going into a misguided little sci-fi adventure while on shrooms as they play the game, more so than Ubisoft giving us the Tomb Raider we really want. Sad, I know.

Yep. The new Assassin’s Creed is definitely not the new Splinter Cell game. A man can dream… hopefully one day Ubisoft will bring back Sam Fisher for another of his stealthy adventures.

Now that we know exactly what the new Assassin’s Creed definitely will not be, I think it is fair to say that most of us would like some, if not all, of the above to make an appearance in future titles. Alas, Ubisoft has shown us that they would much rather play it safe with the franchise and I cannot blame them. After all, Odyssey was a marvel and Origins was exceptional. What are the things you would want the new Assassin’s Creed to feature or be about? Hit us up on socials and let us know.