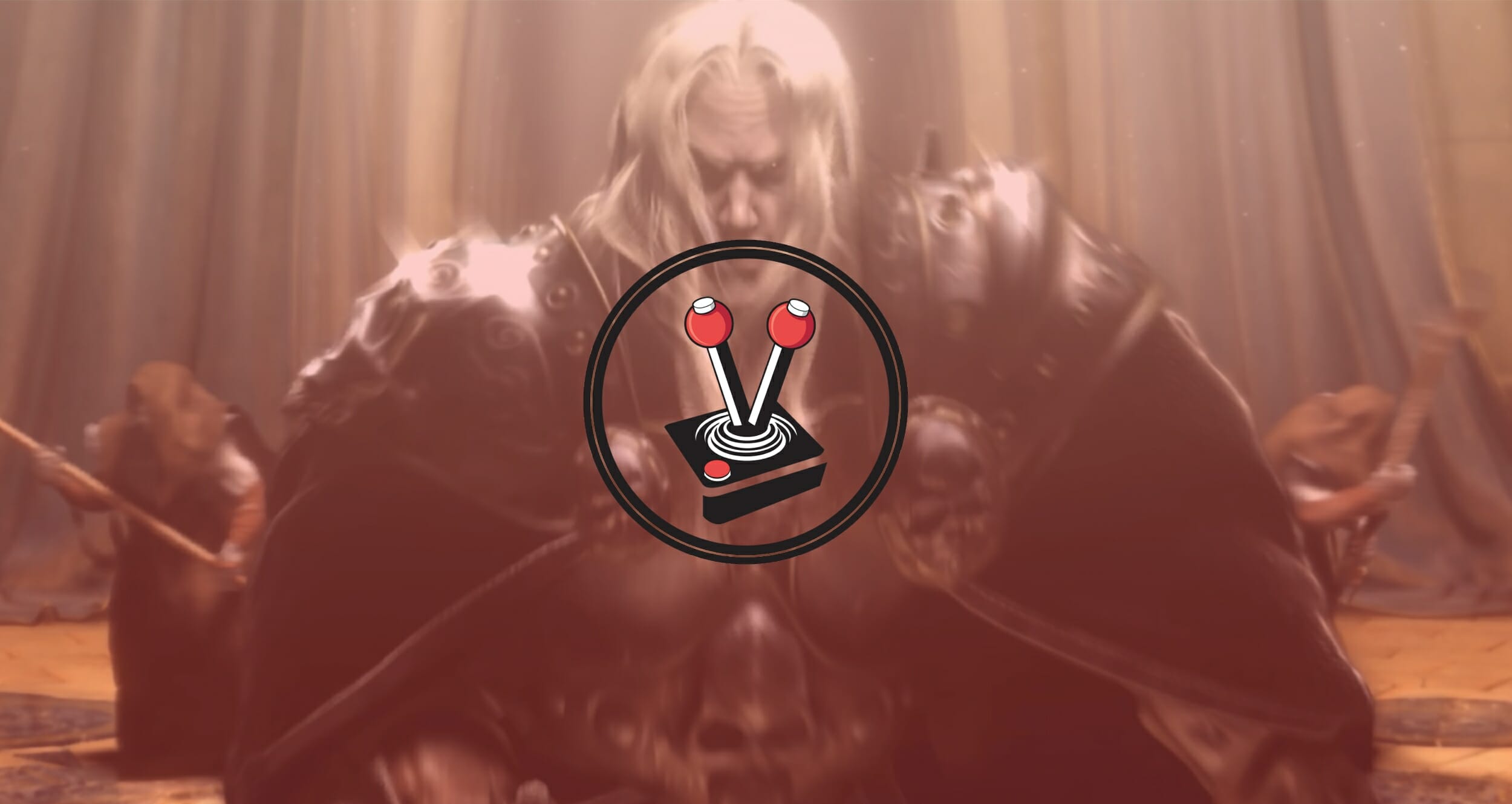 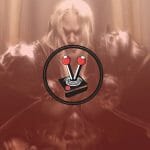 Warcraft III will forever go down as a genre defining title that helped real-time strategy games go mainstream. It also shone a light on the very Tolkien-inspired mythical races who would go on to get countless expansions and story content in World of Warcraft. With all of that said, the Warcraft franchise has always been one of my favourites. I remember spending thousands of hours on the first title (on PlayStation), and eventually moving on to PC to play Warcraft II and Warcraft III. This is why, when Blizzard unveiled Warcraft III: Reforged, I was beyond ecstatic. Over time, however, my hope began to dwindle. When the title finally released in early 2020, I realised how grateful I am for having tempered my expectations.

Throughout the first few weeks of the game’s release, hundreds and thousands of hardcore fans took to social media to raise their concerns about the title. This largely comes down to the fact that Blizzard promised its fans the sun and the moon for the remaster. Gamers were led to expect entirely reworked cutscenes, brand-new game mechanics, and outstanding visuals. Ultimately, very little of what was promised made it into the remastered title. The developers, in all their wisdom and glory, also treated initial refunds poorly and refused to take the false advertising down for two weeks. Having played upwards of thirty hours, however, I can say that looking past the main issues is possible – but it takes time.

The biggest take away from my time with Warcraft III: Reforged is how the game is still very much Warcraft III. The game retains its identity and has simply been updated to appeal to modern audiences. Unlike the 2002 original release, Warcraft III: Reforged includes all campaigns and expansions in one single release. The game’s visuals have been updated and a lot of the superfluous elements between key interactions have been cut and morphed into seven full-featured campaigns.

Unlike many modern titles, Warcraft III: Reforged is quite linear in its direction – a product of its time. You spend a lot of time watching cutscenes, taking part in conversations, and figuring out who to trust – as countless characters come into play. When booting up the singleplayer campaign for the first time, players will be thrown directly into Exodus of the Horde, the much-loved prologue. The human campaign thereafter focuses largely on Prince Arthas, a paladin hero, and Jaina Proudmoore of Dalaran. While these are the opening campaigns of the game, they effectively introduce all the necessary gameplay mechanics. Additional gameplay elements in the form of units and factions are eventually introduced as the human campaign transitions into the Undead campaign, Path of the Damned, and even more so when you start retelling the Orc narrative in The Invasion of Kalimdor.

Blizzard estimates the average player will spend around 40 hours on the single-player content. With this in mind, 62 missions span seven campaigns and tell the story of multiple key characters during a time of strife for Azeroth. This is also the main pull for many players such as myself – who would much rather stay away from the online components, and take a deep dive into the lore and mythos on offer. There is no denying that the multiple campaigns the game features are also its strongest aspect. The game, while updated visually, retains the same voice overs from the original release and its two expansions. This means you will continuously have the opportunity to immerse yourself in the story as you take control of sixteen available legendary characters.

The original game effectively pioneered the hero system, where you control one awesomely powerful character among the legions of units you train and send into battle. Much like more modern titles [Halo Wars and Warhammer 40K come to mind] Warcraft III has a wonderful narrative-focused structure. Unlike modern titles, however, it differs in how linear the game is overall – whereby players have no real choices or impact on the story. Hero progression does carry on from chapter to chapter (and even through campaigns), but camps and units basically start over every single time the scene transitions between cinematics.

Throughout the multiple campaigns, you will have the option of playing with all four of the available factions. Every faction has their unique traits, which are emphasised over their units and structures. Humans, for instance, are largely balanced around warfare on the ground, while the undead emphasises hard-hitting and ailment-inducing rushing and kamikaze-style gameplay. Each faction comes with four unique heroes who are all written to be fully-functional and established characters.

Beyond the hero-centric gameplay, Warcraft III: Reforged is still a Real-time Strategy (RTS) game. This means you will have to build camps and bases, collect resources, train units and research all sorts of technological advancements. The game will offer one or two groups by default – usually because it only makes sense from a narrative standpoint – in order to give players an idea of the kinds of units they will need to train to get through the mission. No matter how many units you train and what kind of structures you end up building, however, the game will always force you to think out of the box as enemies become more aggressive and gain technological advancements of their own. Fortunately, Blizzard has added a new “Story Mode” difficulty for anyone who wants to breeze through the missions without worrying about devising combat strategies.

Custom games also make a return in Warcraft III: Reforged. Through this mode, fans of the game can create their missions and matches with custom rulesets, factions, and even heroes. It is thanks to the original game’s custom mode that the highly popular MOBA title, Defense of the Ancients (DotA) even exists! In the original game, players had full rights of ownership on all games created through this mode. One major point of contest this time around is how any game created through Reforged is now automatically owned by Blizzard.

I have no qualms about this, but I recognise why it is a concern. With that said, and what is most likely a result of this change, I have personally noticed a lack of crazy and genre-altering custom games. People obviously do not want to invest time into something that will never belong to them. I would consider this a big con for the game at the moment. Perhaps in time, more players will create more custom missions. Until then, however, I really think this particular part of the game is lacking, and I feel Blizzard should relinquish ownership back to fans.

If custom missions are not your thing, you need not fret. There are also normal multiplayer modes where you can go up against other human or computer players on Blizzard-made maps. The Versus mode offers ranked gameplay for the hardcore types as well. Fortunately, there is something for everyone. Throughout my time online, I was only kicked out of a match once due to bad latency. A good sign.

Warcraft III: Reforged is the remaster of a two-decade-old game and its expansions. As such, its biggest draw is undoubtedly the visual overhaul. In this regard, Blizzard has done a decent job. Units and buildings are all updated with higher resolution textures and updated with thousands of more polygons than the original could ever muster. The game now has 4K high-definition resolution support and the cinematics look incredible.

In an interesting move, the original game client has been replaced by Reforged in its entirety. Blizzard has, however, included a toggle for players to switch back and forth between Classic and Reforged graphics. It is an instant switch as well – while not bound to a simple button similar to how The Master Chief Collection handles it. This is a nice touch for anyone who likes to keep things as they were originally meant to be. I will say, however, that whether you use the classic or remastered modes, the player camera seems to be restricted to a very claustrophobic viewpoint. While you can zoom out a tiny bit, the game’s skybox simply will not let you see much more than a few blocks on-screen at any one time.

In this same vein, Reforged also seems to be drowning in a slew of bugs and performance issues. For example, I have been forced to edit a .txt file outside of the game, to make the game retain its fullscreen status between sessions. Similarly, I had to edit a .txt file to change hotkeys since Blizzard has seemingly done away with the appropriate settings panel for some reason. Good luck trying to figure out how to quickly build structures and train units in the same way Starcraft allows you to!

While I hold Command & Conquer in very high regard, Warcraft III is probably one of the best real-time strategy games ever made. It features incredible levels of narrative story-telling, which is not afraid to explore dark and gritty themes related to war. For its time, it was breathtaking and nothing came close to what it offered. The Warcraft III: Reforged update preserves most of what made the original great, but does so by cutting some perplexing corners.

The visual upgrade, in particular, is awesome and the “director’s cut” edit of the original campaigns into a beautifully written seven campaign arc, does not disappoint. However, it somehow manages to miss the sweet spot the original so lovingly crafted. Custom games have been marred by Blizzard’s new-found enlightenment over user rights, and strange decisions like replacing the original game client with the Reforged client have merit for scaring older fans off. It is also very clear the game needs polish. For all intents and purposes, it does feel like a rather lazily crafted remaster of an excellent game. Despite this, the game is enjoyable and satisfies most of the nostalgia driven cravings older gamers might have. Newer gamers, however, might be better off looking elsewhere for their RTS fix.