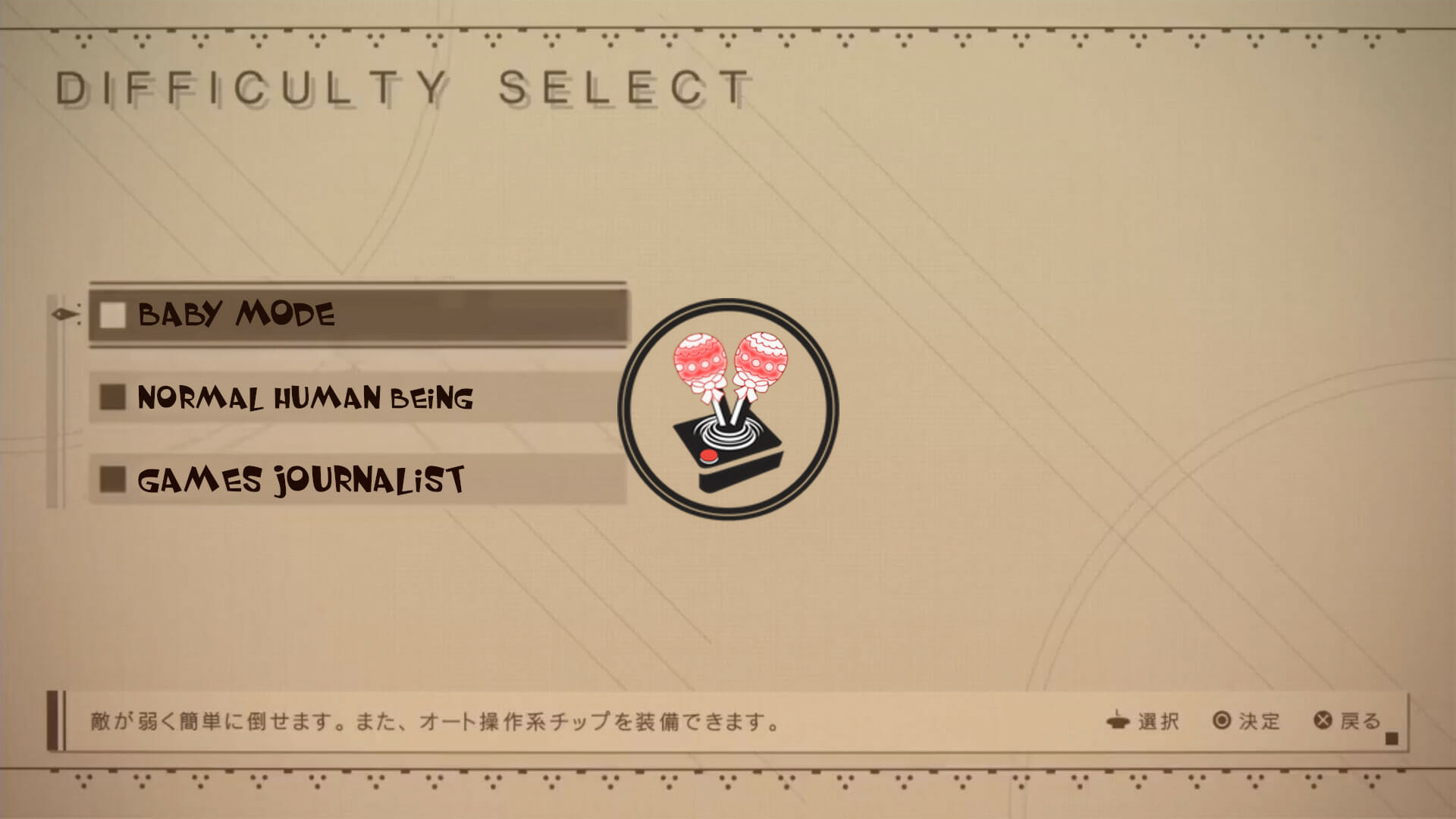 The Surge 2 released recently to much fanfare. Vamers gave the game an 80 for its astounding science-fiction setting and exhilarating gameplay. It is also a Soulslike game, and a good one at that – meaning it is an extremely challenging game, while simultaneously staying fair and rewarding. The challenging nature of the game really hit home how easy some games make it for players, and how others are just out to get you! As such, I wondered about games with an easy modes, but that would make for a boring list, right? Well, not if you only count games that actively mock players for going the easy route!

The truth of the matter is how not all players are interested in being challenged. Some prefer to experience and be immersed in a good narrative, where they can and make it all the way through to the end without much of a hassle. This is particularly true of games where cinematics and story take precedent, like Detroit: Become Human (2018), and, to an extent, God of War (2018). Regardless of what players think, some developers really only include easy modes because their fans demand it. In fact, some of these very developers might go so far as to mock players for not playing the games as they were intended to be enjoyed. In this list, we go over Five Games that make fun of players who play on Easy Mode.

The Wolfenstein franchise is a long-running franchise of first-person shooters meant to bring out the best in people. After all, what is your best if it does not include shooting Nazis in the face? Recently, the franchise has received a much-needed reboot with Wolfenstein: The New Order. It takes place in an alternative history where the Nazis won World War II. Here, players take on the role of Nazi killer extraordinaire, William “B.J.” Blazkowicz, as he lives through an odyssey to see Hitler’s regime burn.

A great aspect about the new Wolfenstein games is how they feature incredible stories! In this 2014 title, players are treated to a beautifully crafted revenge tale filled with love, friendship, trust, and a whole lot of twists. Naturally, it would be cool if you could just play the game on easy and ride it through, right? Sure, but only if you are cool with playing on the easy mode called “Can I play, Daddy?” or “Please don’t hurt me”. You wuss.

Ah yes. The nostalgia from good old PlayStation games is everlasting. Few of which are as good as the classic Crash Bandicoot trilogy. This video game franchise by Naughty Dog is infamous for its hard-as-nails platforming and its wacky characters. It is a weird combination of oddball storytelling and challenging gameplay! The second game in the original trilogy is known to be the most difficult.

The game is so challenging that the developers knew people would get increasingly frustrated as they make their way through the levels. As such, Naughty Dog decided to throw a few surprises in there for players who prove to be incredibly bad. If players die more than five times, the game will start to hand them Aku Aku Masks (temporary protection) like candy, until they reach the next checkpoint. If that turns out to fail, and players continue without making progress, the game will automatically transform the nearest box into a checkpoint for them! You know, because the game has people to see and things to do and it cannot wait forever for you. While it is not an outright mockery, this adaptable easy mode will make some players feel like they have been babied.

There are few multiplayer titles on the original PlayStation I loved playing. Twisted Metal (1995) and Twisted Metal 2 (1996) are two games I played from dusk ‘till dawn with my sister. To this day, the great vehicle-versus-vehicle gameplay is ingrained in memory. Before I got used to the game’s incredible gameplay and controls, however, I was one of the unlucky few who had a very difficult time getting to grips with it.

Since the game can be quite challenging to get used to, it offers players an easy mode at the start. Fair, right? What players do not know when they select this mode is that the mode only encompasses the first bit of the game. Yes, it ends after the first boss! As soon as players beat the first boss on easy mode, the game throws a stop sign in front of the player that reads “no losers allowed”. Harsh.

Before Batman: Arkham Asylum (2009) took the spotlight as the “best superhero video game”, there was Spider-Man (2001) and Spider-Man 2 (2004). Both games were regarded as technological marvels for their time. They were praised for their stories and incredible gameplay. However, the first title had one of the most baffling easy modes under the sun.

In Spider-Man (2001), the model is called “Kid Mode”. Kid Mode makes the game virtually play itself, in almost all senses of the term. Kid Mode skips many puzzles and boss fights, and even goes as far as to assume control of Spider-Man every so often just to beat parts of the story for you. It even changes some of the gameplay to just skip past it entirely! This mode is not an easy mode, so much as it is a baby mode, and there is simply no need to even have it in the game at all. Fortunately, Activision did not include it in later games.

Hideo Kojima’s masterpiece of a narrative is one of the most confusing yet incredibly satisfying stories to follow. Anyone who looks at the MGS timeline will think that it is nothing more than a hot mess, and they would not be wrong. However, anyone versed in the story will realise how this ‘mess’ is partly intentional and actually plays into the overall story!

When Konami started to tease Metal Gear Solid V, it was sold and advertised as a proper third-person action-adventure romp worthy of any western gamer’s money. While this is somewhat true, many gamers felt they had been cheated for several reasons. One of those reasons is the ridiculous way the game mocks players for dying too many times.

If players die too much in Metal Gear Solid V: The Phantom Pain (2015), the game will make them wear a chicken hat for a short while. Yes, the game will seriously spawn a chicken hat; complete with droopy eyes over Big Boss’ head. This hat lets you regenerate health faster, and helps you by absorbing a lot of the damage taken. It is ridiculous! Fortunately, the game lets you remove the hat if you wish to play on standard difficulty once more, and it may serve as a funny joke to many. However, I know of a few people who would totally rage out if the game did this to them. The audacity, right?

Whether you are in it just to see the outcome of the story or are genuinely having a bad time defeating a certain section of a game, you can be rest assured that most titles will have an easy mode waiting for you. However, some players might end up with the games listed above and find themselves mocked and made fun of for simply wanting an easier time.

Personally, I think many of the easy modes in this list should not be taken too seriously. They are simply in-jokes meant for gamers who are not afraid to admit how they may be a little bit too slow for some sequences, or otherwise just outright bad with games, such as platformers (of which I certainly am). Do you agree?