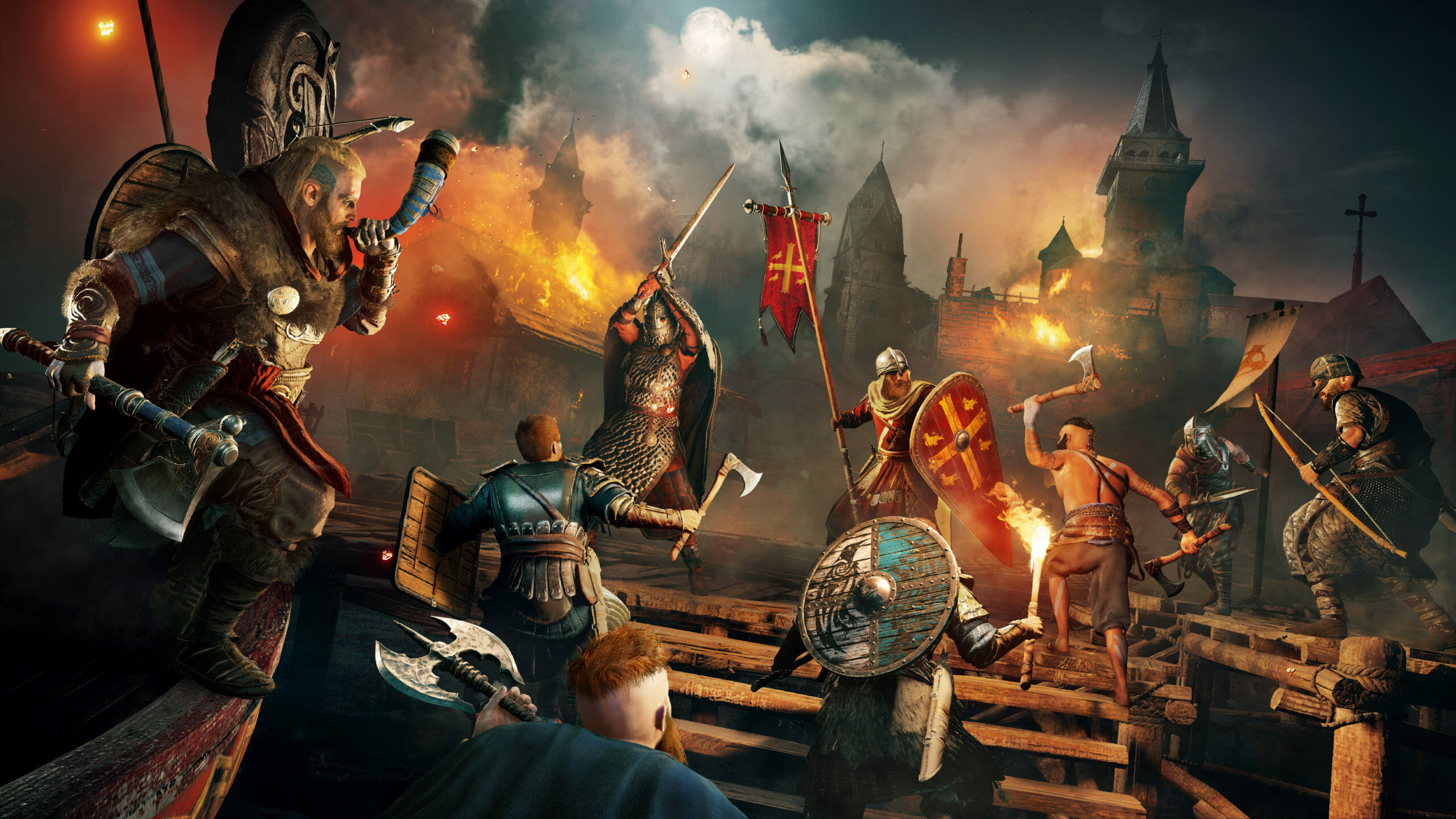 Rumours and leaks may have been aplenty, but nothing could set us up for the epicosity that is Assassin’s Creed Valhalla. The name alone foretells Viking greatness and players will finally get their Norse Mythology deep dives from the team responsible for Assassin’s Creed IV: Black Flag – arguably one of the greatest Assassin’s Creed games ever. Before the cinematic reveal and content drop, Ubisoft gave players a massive five-hour long Livestream where they revealed the first-ever official artwork, name, and Assassin emblem for the new game. What they failed to give us, however, was concrete information. Fortunately, eager fans did not have long to wait as the company celebrated a worldwide reveal for the game the very next day! As such, we figured we would make a list of everything we know about Assassin’s Creed Valhalla.

While not exactly liberal with the details, Ubisoft released a cinematic trailer for Assassin’s Creed Valhalla. The trailer might not give fans every single detail about the upcoming game, but it does reveal quite a few things that make the game sound even more epic than we first thought! Here is everything we know about Assassin’s Creed Valhalla (so far):

The main character is a Viking named Evior

In Assassin’s Creed Valhalla players will live the saga of Evior, a “fierce Viking raider” raised on tales of battle and glory. Players will be able to choose to play Evior as either male or female, with a bevvy of customisation options at their disposal. This ensures that the Evior you play as, will be unique to you and you alone. Adding on to this is a brand-new influence system where player choices across the political and warfare theatres will dramatically change the world around Evior.

Assassin’s Creed Valhalla takes place during the “brutal backdrop of England’s Dark Ages”. As Evior, players will be thrust into a brutal landscape with a dynamic and beautiful open world. In the game, players can take advantage of new features such as raids, settlement building, and gaining and expanding power and influence over the lands. Players will also go up against the vicious Saxons, as they try to rebuild after endless wars in Norway having driven them across the icy North Sea.

Players will be able to don multiple weapons as they take on the Saxons and expand their influence across the English lands. Resources are more important than ever with settlement building and camp restructuring. Evior can dual-wield powerful weapons such as axes, swords, and even shields. You can even brutally decapitate foes with heavy weapons or stealthily assassinate targets with Evior’s hidden blade.

As a Viking raider, Evior will give gamers many new naval elements to work with. These include a brand-new naval system inspired by Assassin’s Creed: Black Flag, complete with fishing, hunting, drinking games and more. While it may not be all about the sea like Black Flag, it will most assuredly be a return to form!

While not exactly precise, Ubisoft has confirmed the game will release during the Holiday 2020 period for Xbox Series X, Xbox One, PlayStation 5, PlayStation 4 and Windows PC. This means players can expect to purchase the game on the platform of their choice from November 2020 onwards (rough estimate). If we are all lucky, you may even see it a tiny bit sooner. One thing is certain, however, this is going to be an exciting Christmas for Assassin’s Creed fans!

With the above in mind, I must make mention of how it appears as if the Xbox Series X is the lead platform for the title – given the indicators in the video. Interestingly enough, the title will also support Xbox Smart Delivery. Simply put, if you purchase it now for Xbox One, you will automatically receive an enhanced version for Xbox Series X – whenever you upgrade. It is really good to see Ubisoft taking advantage of this feature.

With Assassin’s Creed Valhalla, Ubisoft is finally letting the franchise peter on the fringes of what can be seen as ‘modern society’. Sure, the setting is not as modern as Assassin’s Creed: Syndicate, and not quite as refined as Assassin’s Creed II and its direct sequels, but it is nice to see the franchise move forward in time once more. At this moment we have no idea whether the returning naval aspect will be as ambitious as what was featured in Assassin’s Creed IV: Black Flag, but we do know it will be brand-spanking-new, and that is all that matters. I am also quite keen to see how the Viking beliefs will play into this game. From both Origins and Odyssey, we have proof that Ubisoft is not afraid to play around with mythology anymore. Will we be seeing Thor and Odin in this one? I certainly hope so!

How excited are you for Assassin’s Creed Valhalla? Let us know.