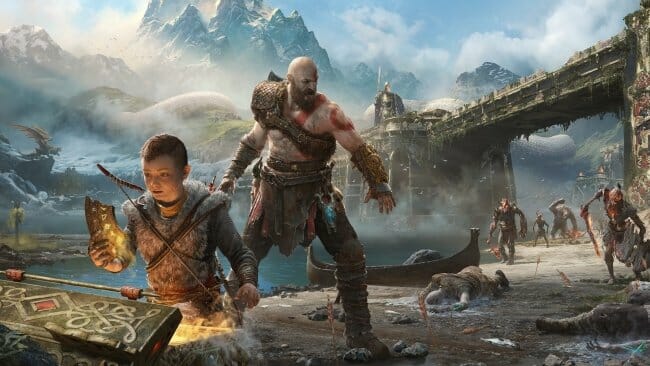 Collector’s items for video games can, more often than not, be somewhat lacklustre. Limited Editions for games cost a heck of a lot of money and often include a cheaply made plastic statuette (Witcher 3 being the exception) and a bit of downloadable content – which should rightfully have been in the game to begin with. However, there are a few limited editions out there that really hit the nail on the head. These are well-made and truly worth the fifty extra bucks you dropped on them. Among those, and quite frankly the best of the bunch, are the exquisite God of War Limited Editions. Now there is one more collectable that trumps them all: God of War: Lore and Legends – a faithful and fully scaled recreation of Atreus’ journal.

In early 2019, rumours of new God of War merchandise started making the rounds. God of War (2018) is an exceptional title and well worth both its cost and the time dedicated to finishing it. What we did not know at the time, however, was how Sony Santa Monica has been planning to create the GOAT (greatest of all time) of collectables. God of War: Lore and Legends takes every single page from the journal featured in the 2018 PlayStation 4 exclusive, and brings it to life! It is described as a “hardcover tome” exploring the God of War lore through the perspective of Kratos’ son, Atreus.

For the uninitiated, God of War (2018) is both a sequel and reimagining of the famous platforming action franchise of the same name. In it, Kratos finds himself in lands where Norse Mythology prevails. An unknown amount of years have passed since Kratos left Greece, and he has since fathered a son. The game begins where Kratos and Atreus gather lumber for Faye – Atreus’ mother and Kratos’ final love – who recently died in the events leading up to the game. As Kratos and Atreus venture forth, the boy often jots down and takes notes of everything they come across. This is where the journal comes into play.

The book features a bestiary based on all of the encounters players come across, as well as a section for all the important characters they meet. There are also pages for the journey itself, which details how the pair evolve from dissonant father and son to the best father-son duo gaming has ever seen. It chronicles their journey through Midgard, and all the realms they pass through, in intricate detail and includes “much more” about the universe Santa Monica crafted for the game.

God of War: Lore and Legends has been written by Rick Barba, writer of The World of Tom Clancy’s The Division, and published by Dark Horse Comics. God of War (2018) director Cory Barlog’s and the God of War (2018) writing team’s input also features in the book, making it the quintessential God of War collector’s item.

Unlike the typical collector’s item, however, God of War: Lore and Legends only costs a fraction of what many faithful recreations cost. The book is currently slated for an 18 August 2020 launch and starts at $35 USD for the hardcover – which, let me be frank, is the only version of the book you should get. With that said, Amazon customers who pre-order now can get the book at a $3.50 USD saving. An Amazon Kindle version is also available for just $25.30 USD, if you are inclined toward digital-only collectables.