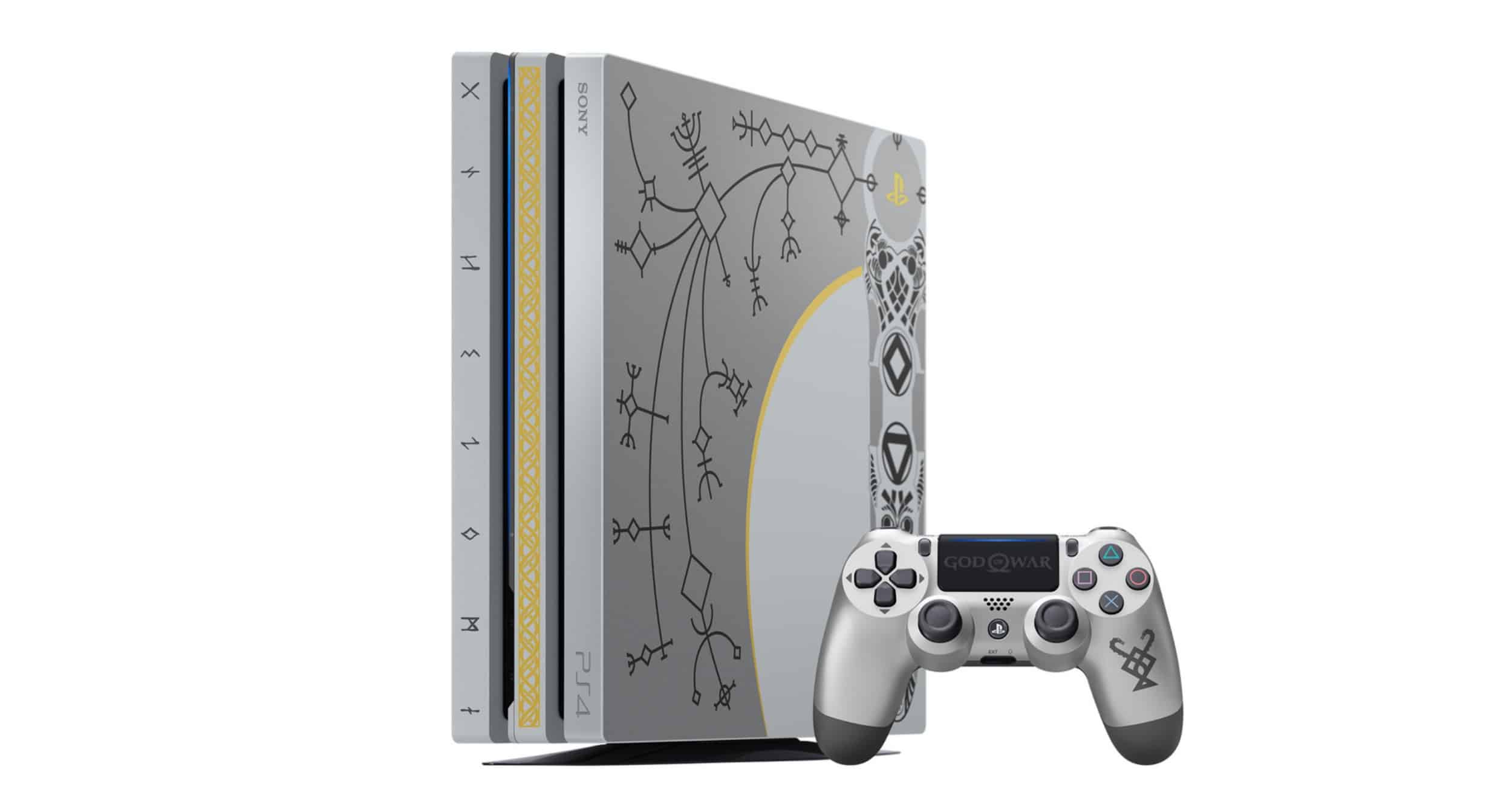 If there is one thing that I cannot help myself with, it is a special edition item. So whenever I catch wind of something limited, and sometimes special, I have an uncontrollable urge to take out my wallet and splurge on it (if I have the extra income, that is). It is a problem that, over time, grew from simple card games to gaming consoles. So when I laid eyes on the God of War Limited Edition PlayStation 4 Pro… my heart skipped a small beat.

On the 20th April 2018, the gloriously gaudy God of War Limited Edition PlayStation 4 Pro console bundle will arrive alongside Kratos’ latest adventure. This special bundle features a ‘Leviathan Grey’ 1 TB Playstation 4 Pro console that is, according to Sony, inspired by Kratos’ Axe. Naturally it also features a matching DualShock 4 wireless controller, with insignia, and a “Day One Edition” copy of the game.

“When we designed Kratos’ new Leviathan Axe, we knew it would have far more meaning not only to the game, but to our fans. Santa Monica Studios was extremely proud to adorn the custom PS4 Pro with the Leviathan Axe in such detailed fashion. We spent a painstaking amount of time to ensure this PS4 Pro was special, for the special fans who will cherish it”

As a fan of Norse mythology, I have got to say that basing the God of War Limited Edition PlayStation 4 Pro console on his Axe was a great design choice (I am a big fan of Thor’s Mjölnir). Speaking of, the designs on the console are not just for show. The top of the console showcases the same Axe skill tree that players will use in-game to upgrade Kratos’ Axe. It also showcases the handle of the Axe, including the rune gem slots on the handle that enable unique special abilities (I actually like this part the least). The gold line also effectively acts as the edge of the Axe’s blade. A really nice touch. 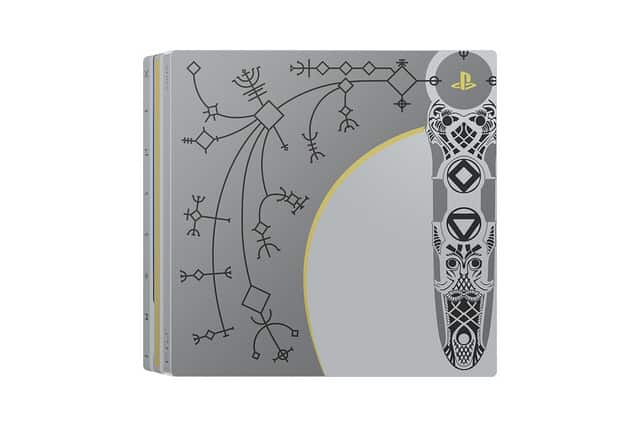 The front of the console features a slightly different design, but is just as interesting. Here Sony Santa Monica have placed unique Nordic runes, each one representing a different realm in the game. I also really like the golden ‘woven’ detail, which makes me think of the leather that would normally feature on the hilt of a weapon. 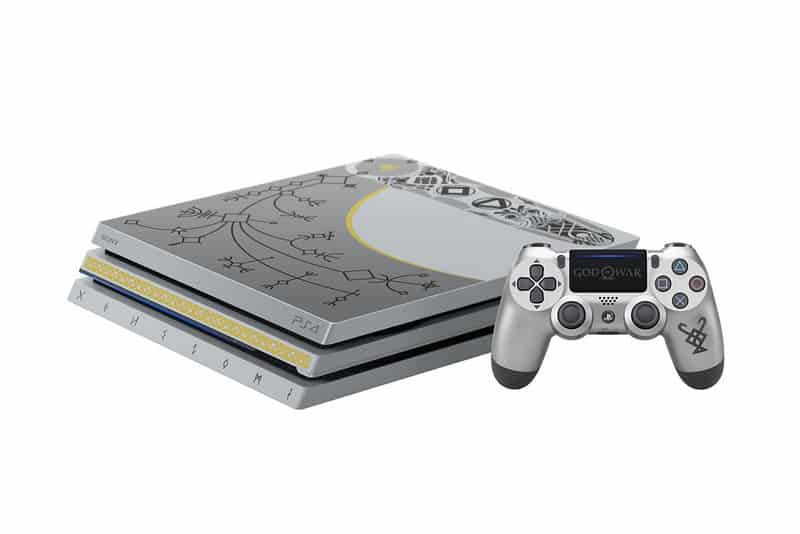 The bundled limited edition DualShock 4 controller comes in a standard silver, but is emblazoned with the Huldra Brothers sigil (like the Axe in the game) as well as a very subtle God of War logo on the touchpad. Gamers who do not want to splurge on the entire bundle, but who want a piece of the God of War goodness, will be happy to know that the controller will go on sale as a standalone limited edition product (If I had known, I might have waited before buying the new Steel Black controller). 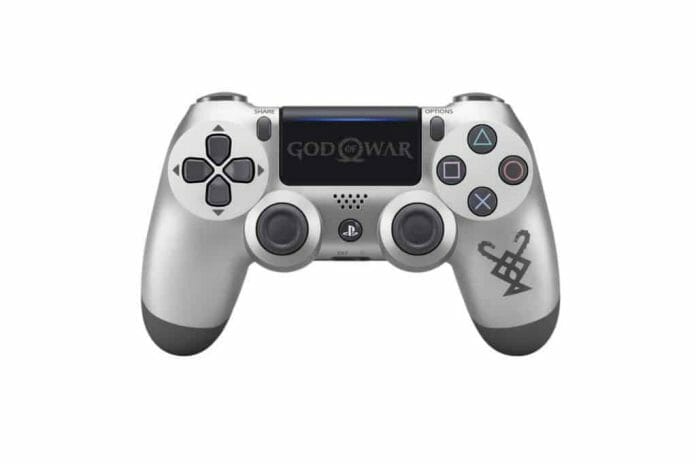 The good news is that the God of War Limited Edition PlayStation 4 Pro console bundle will be available in South Africa on the same day the game launches: 20 April 2018. It has a suggested retail price of R7499 for the full bundle (console, game and controller), with the limited edition controller being sold separately for R999.

There will also be a normal God of War PlayStation 4 bundle that features a standard 1 TB Jet Black console, black controller and the game.

So will I be splurging for this limited edition? In short, no. As great as I do find the unique design, I feel that my money would be better spent elsewhere (like on food, or if I did not already have one: an Xbox One X that includes an Ultra High Definition Blu-Ray drive and runs multi-platform games better). Nevertheless, I will definitely be getting the game.