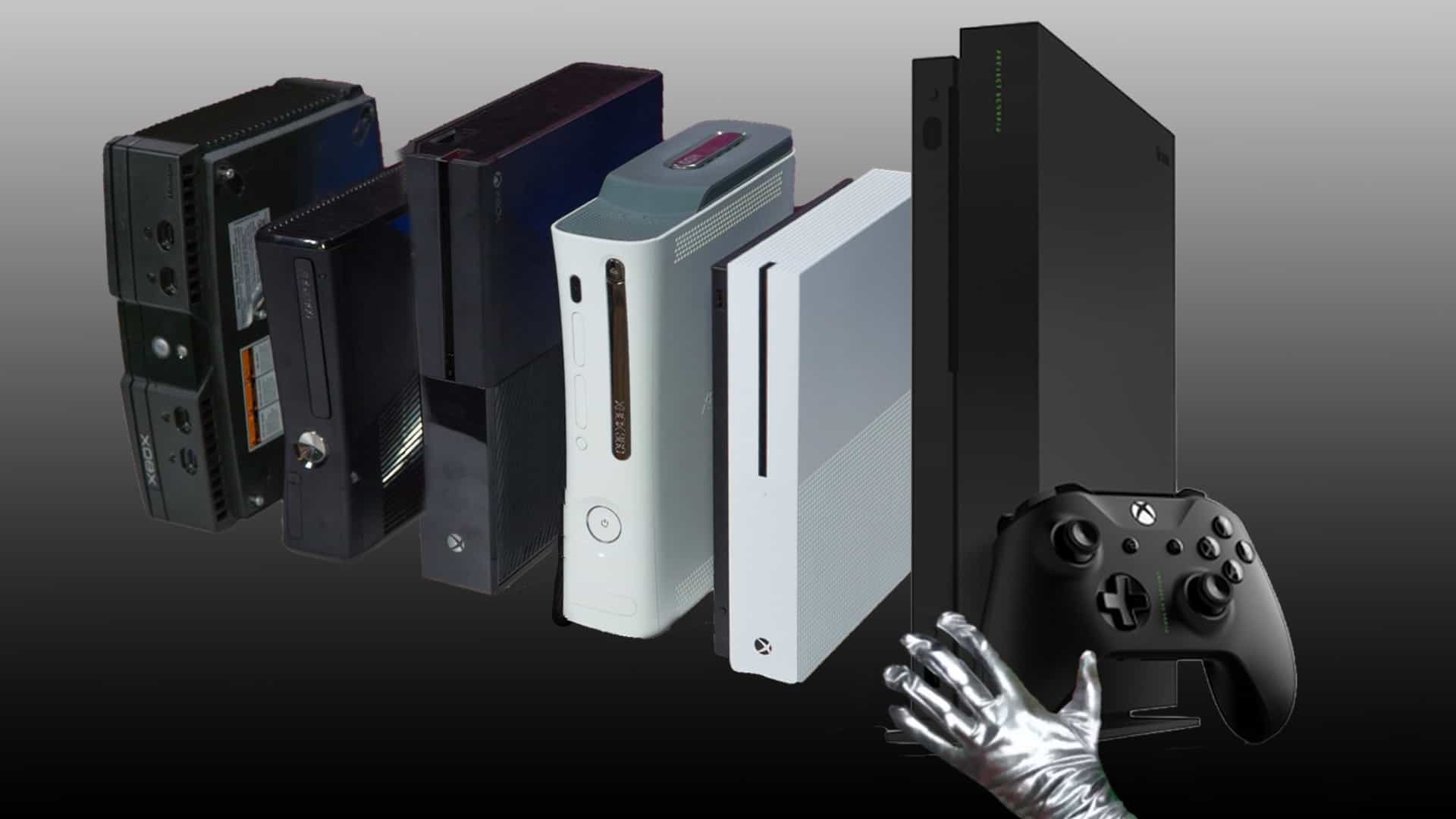 When we initially shot our unboxing of the Xbox One X Scorpio Edition, we included a segment that compares the newest console to all of its older brothers and sisters. The issue, however, is that the entire video had a total runtime of over 17-minutes. Although there is nothing wrong with content that has long run-times, the reality is that most people tune out after around about five minutes. Especially when it comes to web content. As such, we made the executive decision to split the video into two. One that focusses solely on Unboxing the Xbox One X Scorpio Edition and another on How the Xbox One X compares to (almost) all other Xbox Consoles.

As such, welcome to the post that looks exclusively at how the all-new 2017 Xbox One X compares to the other Xbox consoles; all the way from 2001 through to 2016.

Perhaps this is unsurprising given how consoles have traditionally assumed a rectangular shape. Yet, the comparison gains new light when you realise that the Xbox One X is well over 1000 times more powerful than the original console (5.8 Gigaflops versus 6 Teraflops). Yet it is in an even smaller form factor. This is an incredible visual reminder of the progress that ten years of technological advancement can make.

In terms of size, we were again quite surprised to find that the Xbox One X is very similarly sized to the Xbox 360 and even the Xbox 360 slim. Given the power differential between these consoles, it is really quite impressive to see what Microsoft have been able to achieve with, among other things, the Xbox One X’s unique vapour cooling system.

It should also be noted that the Xbox 360 is Microsoft’s best selling console, having sold close to 90-million units in its lifetime. A big part of this was due to the console being significantly easier to develop for and smaller than the PlayStation 3, its primary competitor. As such, the fact that the Xbox One X is similarly sized is definitely a positive for the new console.

Then, of course, there is the outlier with the infamous Xbox One. The thorn in Microsoft’s side and the first hardware misstep in the Xbox brand. This monstrosity of a console is not only bigger than the very first Xbox, but it also has an external power brick. Not to mention being significantly less powerful than its primary competitor: Sony’s PlayStation 4.

Given the size, cost (thanks to bundling Kinect in every box – which I still think is a great piece of hardware) and graphics power differential between the PlayStation 4 and Xbox One, the former console quickly took the market lead. In a way, the eighth generation of game consoles started off as a reversal of the Xbox 360 and PlayStation 3 era. Despite this, the Xbox One has continued to improve and progress, with the Xbox One S being the first step in fixing the mistakes of Xbox leadership under Don Matrrick.

Once Phil Spencer took over the Xbox division at Microsoft, notable improvements in the way the Xbox One functioned and performed came to light. Then in 2016, Microsoft introduced the Xbox One S. The updated system was vastly smaller than the original, had an internal power brick and even featured a slightly faster central processing unit (CPU). For all intent and purpose, it is the console that many felt should have released in 2013. With an all new sleek design and ‘Stormtrooper’ aesthetic, it quickly became a fan favourite.

Given how well the refreshed and slimmer console was received, it makes sense that the Xbox One X would build on the same design language instead of completely re-envisioning it. As such, the new addition to the Xbox family features very similar lines, with a few nips and tucks here and there.

The most impressive aspect, when looking at how the Xbox One X compares to the Xbox One S, is how Microsoft have been able to make it three times more powerful; yet have done so within an even smaller overall system footprint. This is an incredible feat of engineering and is a clear return to form for the company’s Xbox division.

Personally, I found it fascinating to see how the Xbox One X compares to its older siblings. It really is remarkable how much has changed in both hardware capability and design language over the years. The change from a rugged and almost toy looking design in 2001, through to a sleek and sexy obelisk in 2017 that is over 1000 times more powerful than the original; is utterly mind-blowing. As such, I sincerely look forward to what Microsoft’s Xbox division will do next.