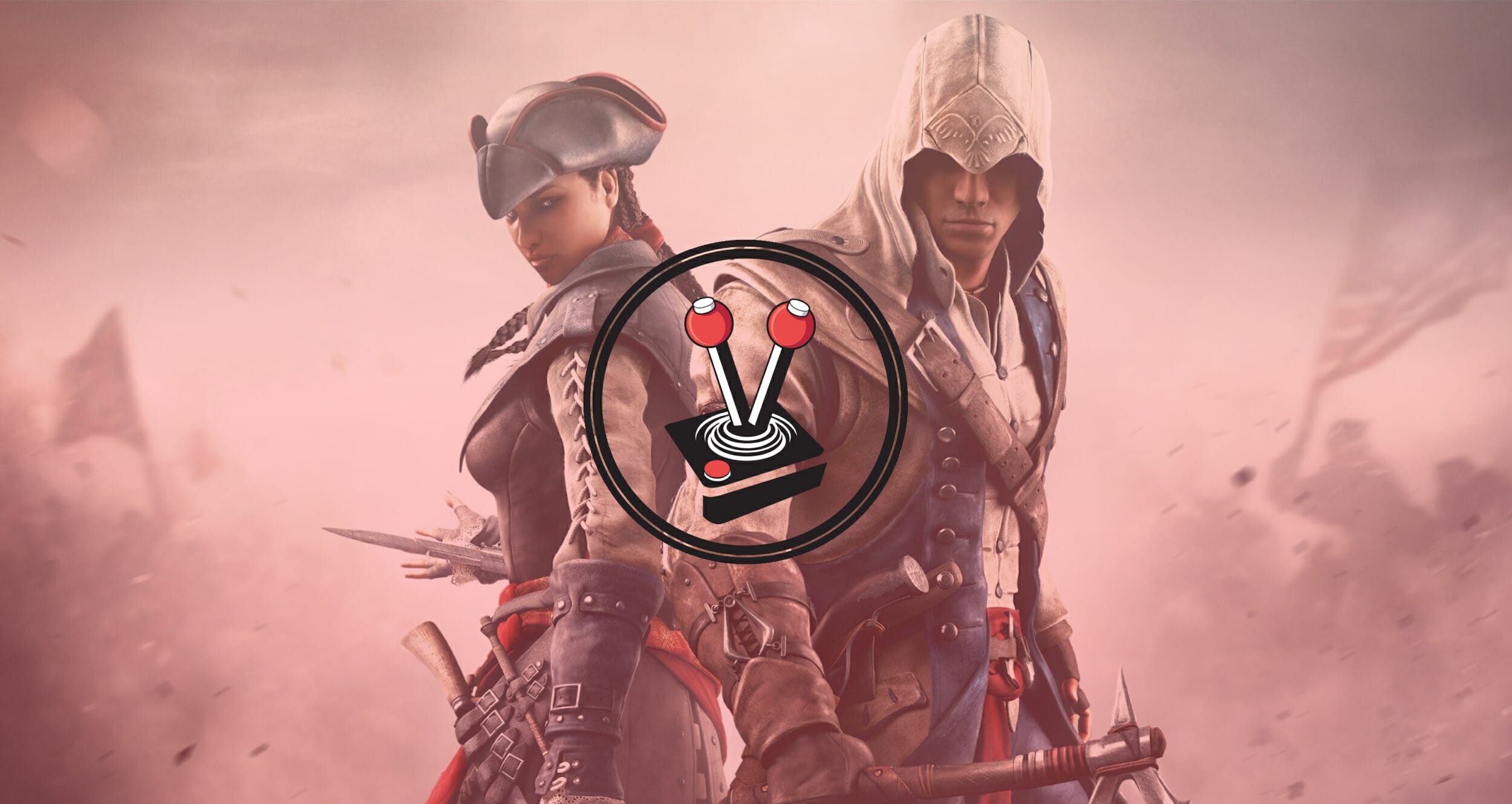 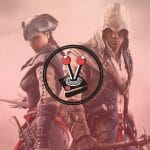 Assassin’s Creed is an incredible franchise. The first game revolutionised the open-world stealth genre. Blending in with crowds and using open-world elements to hide from pursuers suddenly became the norm. Climbing buildings like some newly evolved Prince of Persia felt invigorating and jumping from rooftop to rooftop became an overnight wonder. As the second game and its many sequels were released, the Assassin’s Creed formula started to see a change. The release of the third title saw the introduction of Role-playing Game mechanics (RPG) added to the franchise. A change that has become ever more apparent with each release, and which has been brought to light again in Assassin’s Creed III: Remastered.

Assassin’s Creed III: Remastered is focussed on the British-American colonial war – The American Revolution and fight for independence. It features the epic journey of Connor Kenway, who fights to avenge his people and ultimately becomes the master assassin who ushers in a new age for the American Brotherhood. The Remastered version of the game has also introduced some very strange, and truly bad, graphical issues.

Assassin’s Creed III follows the journey of half-Mohawk Ratonhnhaké:ton, son of Mohawk warrior Kaniehtí:io (Tio for short), and notable assassin master, Haytham Kenway. It is Kaniehtí:io’s goal to stop the encroaching Europeans from ravaging the lands of her people. Haytham, on the other hand, wishes to solidify the British foothold in the west for the Brotherhood… or so it seems.

The game may be about Ratonhnhaké:ton and his journey, but the first chapter acts as a massive prologue where you actually play as Haytham. It is a nice way to introduce the player to the various combat mechanics and basic movement skills while also solidifying the player’s bond with Haytham — one that will ultimately end in both shock and disappointment.

After the lengthy introduction, the game turns its attention to Ratonhnhaké:ton. He is dubbed Connor by his reluctant assassin master, before the game quickly opens up to reveal an entire county ripe for exploring. During this phase you learn about the backstory of Ratonhnhaké:ton’s people, and experience what it is like living in the shadow of an encroaching force that cannot be beaten. This feeling of uselessness against foreign forces is what drives the game from here on out. As Ratonhnhaké:ton meets a former master of the Assassin Brotherhood, the young assassin’s entire initiation process is a nitty-gritty approach to everything fans have seen before.

From the moment Ratonhnhaké:ton meets Achilles and takes on the moniker of Connor, the game opens up to its full extent. Allowing you to go where you like when you like. The story admittedly takes a bit of a backseat during this time, but quickly picks up again when you return to the mission at hand. I like this extreme focus on the story, from the first hour of the game right through to the thirtieth. While there is no denying how incredible the franchise has become in recent years, I sincerely miss the good old days where the game only had the tiny American Frontier to explore, and where the story takes up more than 70% of the experience. As opposed to the other way around with side quests galore and interesting open-world exploration.

Assassin’s Creed III: Remastered keeps the story completely unaltered from its original release version, and this could be seen as a negative. However, the remaster does improve the gameplay ever so slightly (without compromising the original vision of the game) and it updates the graphics substantially.

There is a certain beauty in classic video games. Especially if you like to appreciate and experience the graphics in all their poorly modelled and low resolution glory. However, there is also a certain beauty and artform in how remasters can take what was once old and withered, and turn it into masterpieces for the current day and age. In a way Assassin’s Creed III: Remastered succeeded in doing so. In another, I honestly feel the game should have just been left alone.

Releasing Assassin’s Creed III and its season pass content together, and bundling it with the widely popular spin-off Assassin’s Creed: Liberation, is a good business move. It is also a great way for a new generation of players to experience the game for the very first time. As a long-time fan of the original release of Assassin’s Creed III, I have to admit that the remaster is a little odd.

For the remaster, Ubisoft decided to give some aspects of the game a very clear and modern-day face-lift, while keeping other aspects of it tied down to the way it was originally. On one hand, Assassin’s Creed III: Remastered is updated to match modern-day systems in terms of resolution output and some of the controls have also been updated. On the other hand, the game is entirely dependant on classic gameplay functions and user interface elements in order to be playable.

The game originally introduced crafting and an economic system to the franchise. In the remaster, this entire system has been updated and balanced out. What I did not quite get, however, is why the game now incorporates the crafting of weapons – something you could not do in the original. Crafting the weapons by themselves is not an issue. The problem lies in how the system feels like it makes no sense in the way it was originally implemented. To craft most weapons, you will have to find blueprints out in the wild, or purchase blueprints at shops.

I also feel like no one is talking about the overhauled minimap in Assassin’s Creed III: Remastered. Ubisoft has updated the minimap with a bunch of significant changes, the most prominent of which is the fact that enemy blips now automatically show the direction they are looking at. Other improvements include clear indications of exits and entrances, and newly labelled shortcuts through buildings.

Both the crafting and the minimap upgrades are great quality-of-life improvements. Another great upgrade is how Ubisoft updated the stealth system! When crouched and hidden in a bush, you can now whistle to attract enemy guards and animals – a feature originally introduced in Assassin’s Creed IV: Black Flag. There is no greater joy than finally being able to kill guards by attracting them to a murder bush and piling them up in the corner.

While the aforementioned changes are impressive, there are some things the game could definitely have gone without. These include changes to how you can no longer substitute certain ingredients with others while crafting, the weird inclusion of future assassin outfits in the Davenport Manor basement (when unlocked via UPlay), and a few weird user interface tweaks that make things look more “shiny”.

Thankfully the bad “improvements” are few and far between. Ubisoft did a great job at remastering elements of the game and adding some much-needed features. It must also be noted that Assassin’s Creed: Liberation, the spin-off title included in the remaster as a single package, received all of the same improvements and tweaks – including the much-touted graphical updates.

Since Assassin’s Creed III: Remastered is, well, a remaster of a 2012 title, it goes without saying that graphical improvements need to be vast and thorough. While this is very much the case with the new release, I found that I ultimately felt like all of the improvements together resulted in a worse-looking product.

Assassin’s Creed III has a very strong emphasis on exploring and hunting throughout the American Frontier. The remastered environments are spectacularly well done. I love how the newly added ambient occlusion and anti-aliasing work together to improve the already beautiful locales. I found the war-torn environments to be especially pretty this time around, with new particle effects and [a very bright] bloom effect enhancing many scenes. Although the benefits of the graphical improvements can be seen throughout all the environments, I feel like non-playable characters certainly got the short end of the stick.

It is quite jarring to see beautiful environments that are replete with particle effects, beautiful bloom and crisp textures; populated with strange mannequin dolls! The lack of shadows, and what seems to be a complete loss of detail in facial expressions, results in plastic-like uncanny valley aesthetics that I certainly did not sign up for.

There is no denying that remasters can only do so much. This is especially the case when companies try to keep the budget as tight as possible while they are actively working on new titles for the future. Moreover, updating age-old models with brand-new textures and injecting those with a new set of occlusion and post-processing techniques may ultimately not mix all too well. I just wish they put a little bit more effort into it! Environments are incredible, yet characters look dead in comparison to their previous and non-remastered versions.

I will be the first person to say that Assassin’s Creed III was an underrated masterpiece. People gave it too much flak for turning the franchise into a tedious adventure title with too many elements to it, yet gave newer titles such as Assassin’s Creed: Origins a complete pass for doing the same thing (the only difference being how Origins committed to turning the franchise into an RPG, and to move away from the third-person adventure elements of the past).

I will also be the first person to admit just how little I like the remaster. While I appreciate the improvements the remaster brings with it, I ultimately feel like the title could have gone without them. Just like the Assassin’s Creed II Remaster before it, I feel like the already-tight budget Ubisoft assigned to this project could have been better spent elsewhere. In a way, Assassin’s Creed III: Remastered is only for individuals who have never played Assassin’s Creed III. If you already own an original copy of the game, there is no need to sit through the jarring experience of a plastic-faced Haytham Kenway and Achilles.