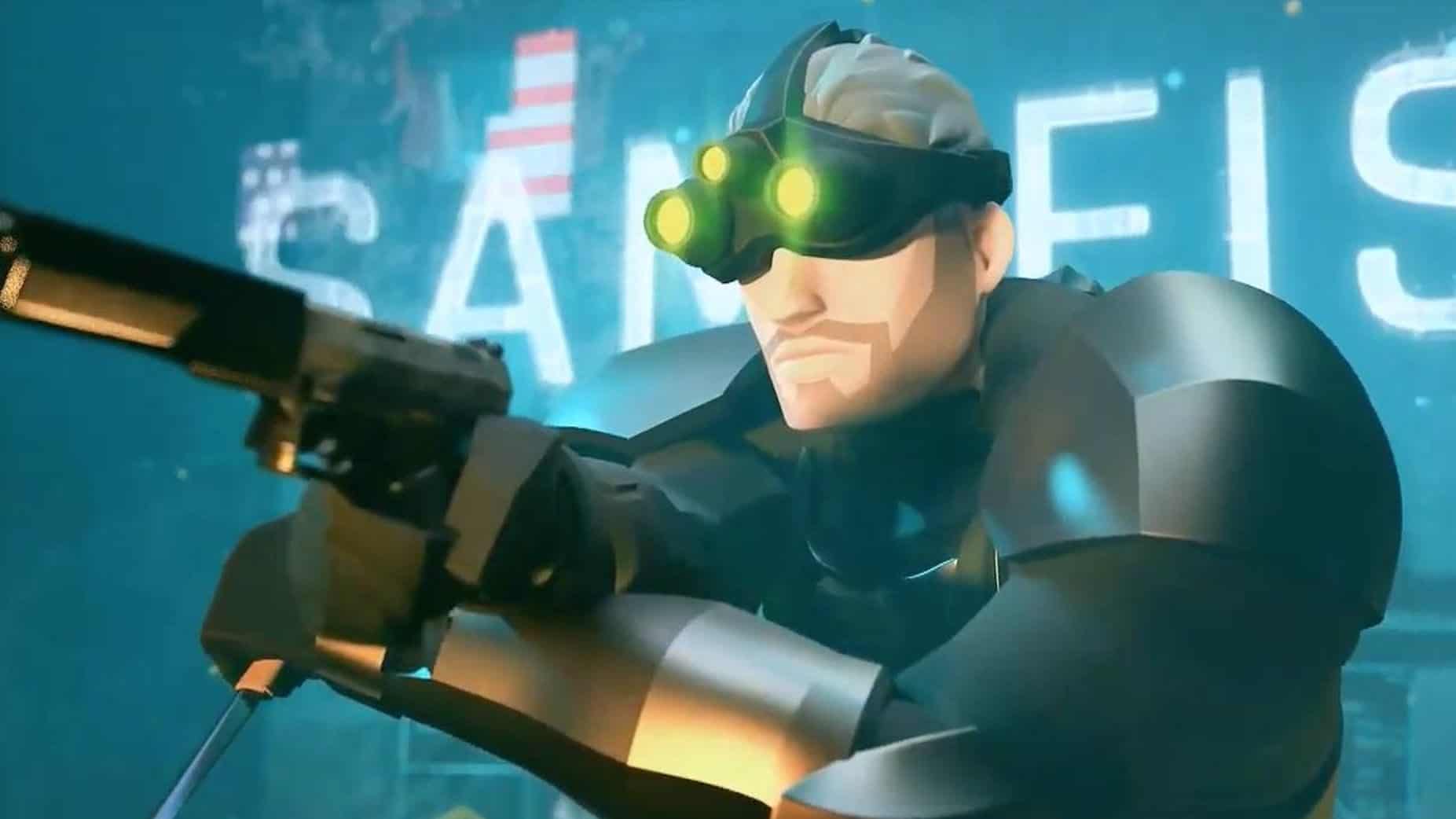 When Sam Fisher made a surprise appearance in Ghost Recon: Wildlands Special Operation 1 – Splinter Cell, I was adamant that it meant good things for the future of the third-person action franchise. Alas, when Sam Fisher’s name popped up on stage during Ubisoft’s E3 2019 conference, #UbiE3, I had nothing more than a bad taste in my mouth. Yes, Splinter Cell is back… but in the worst possible way: a mobile game.

When Splinter Cell: Blacklist (2013) came out, the world was in an uproar. The game featured an all-new take on Sam Fisher, while still retaining the same backstory from the previous titles. Michael Ironside opted not to return this time around, opening the door for Eric Johnson (Flash Gordon) to step in and lend his voice to the character. While it made sense in a way: Johnson would not only lend his voice to the role but also his acting and movement. This would be the first Splinter Cell title to make use of full-body motion capture. However, fans were not having it!

Countless fans claimed that Johnson’s “baby-like” voice felt too unnatural for the old veteran character we all knew and loved. It just did not make sense to reboot the character, James Bond style, but not the story. It felt wrong. Although I do not disagree with these notions, I do feel that the game definitely does not deserve the bad rep that it received. The game itself was stellar and deserving of the Splinter Cell name – a good stepping stone toward the future of the franchise. Alas, this future continues to remain unrealised.

Of course, this does not mean that Splinter Cell is dead. Sam Fisher has popped up in various cameos across Ubisoft’s umbrella. The franchise also enjoys a series of novels, one-off comics, and even a film that enters production limbo every odd year. Sam Fisher even made a return to video games when Ubisoft released the first of several free downloadable content packs for Ghost Recon: Wildlands. This free set of missions let players join Sam Fisher on a special operation that faithfully tried to recreate the stealth and thrill that many Splinter Cell titles feature. This was a surefire sign of good things to come, right? Surely, by incorporating Splinter Cell into what is arguably their biggest game, other than Rainbow Six: Siege, Ubisoft practically screamed that they had plans for the franchise? They even brought back Micheal Ironside to voice Sam! Well. Turns out they did have plans. For a mobile game that really has nothing to do with Splinter Cell in the first place.

I am hardly one to voice my concerns about the direction that beloved franchises go in. When Electronic Arts announced their Command & Conquer mobile game last year, I shrugged and called it a day. I said “maybe next time”, and left it there. The same goes for Diablo, and the absurd announcement Blizzard made during BlizzCon 2018 for Diablo: Immortal. Similarly, I even held back on a rant about the seemingly endless number of ports that Bethesda always releases. Year after year, but enough is enough.

Tom Clancy’s Elite Squad is a mobile game starring iconic characters from across the entire Tom Clancy universe. It will be a “dynamic 5 versus 5” game with a complete campaign mode, a player-versus-player mode, as well as a guild-versus-guild mode. It features notable characters such as Nomad, the main player-character from Ghost Recon: Wildlands; Megan, a character from The Division; Montagne and Caveira from Rainbow Six: Siege; and, of course, Sam Fisher from Splinter Cell.

The most glaring aspect about the launch trailer is the game’s absurd graphics. Character move like the developers forgot to attach animations to them, textures are seemingly low resolution or just generally non-existent, and 3D models feature fewer polygons than Sam’s goggles in the original game. However, even with the lifeless, uninspired and monotone voiceover, there is one thing that proved just how out of touch Ubisoft has become with what is still one of the best third-person stealth franchises: they got Sam Fisher totally wrong!

After a few seconds of action, the trailer finally reveals Sam Fisher as one of the playable characters in Tom Clancy’s Elite Squad. This happens at 0:57 seconds. Right after that, the game trailer continues to introduce the character to the viewer. It begins by stating that he is an “elite covert operative”, but then continues to say something completely baffling thereafter: “the lone wolf now hunts with a pack”. Hold on while I acquaint my head with the desk.

Usually, getting the flavour text wrong should not be too much of an issue. Developers often do this to sell their products. However, it must be noted that Sam Fisher really never was a lone wolf. From day one, he always had help by way of communications. In later games, Sam even enlisted help by way of actual team members to cooperate with – the most prominent being Briggs, a brand-new Fourth Echelon operative featured in Blacklist. Calling Sam a “lone wolf” demeans the character and the agency that he lived and legally died for on multiple occasions. It is a slap in the face for the people who helped him save the United States more than once, and the world on other occasions, and it totally spits in the face of the millions of fans who grew up with the character.

The oddest aspect of the entire reveal, however, is the way in which Ubisoft hyped fans up for it. Following Wildlands’ Special Operation 1, rumours started to circulate about a future Splinter Cell title being in the work. Ubisoft developers even hinted towards it when asked about it on Twitter. To put the icing on the cake, online retailer GameStop also featured, and promptly removed, a listing for a replica of Sam Fisher’s goggles just days before E3. Was this a listing mistake, or a deliberate Ubisoft marketing stunt? I suppose it could go both ways until officially confirmed.

I suppose the biggest culprit here is where the money comes from. There is no denying that the mobile games market is a gigantic cash cow, just waiting to be milked. Games such as Angry Birds broke all kinds of records when that came out. Furthermore, it was recently revealed that mobile versions of prominent platform titles, such as PUBG Mobile, rake in millions of dollars in cash.