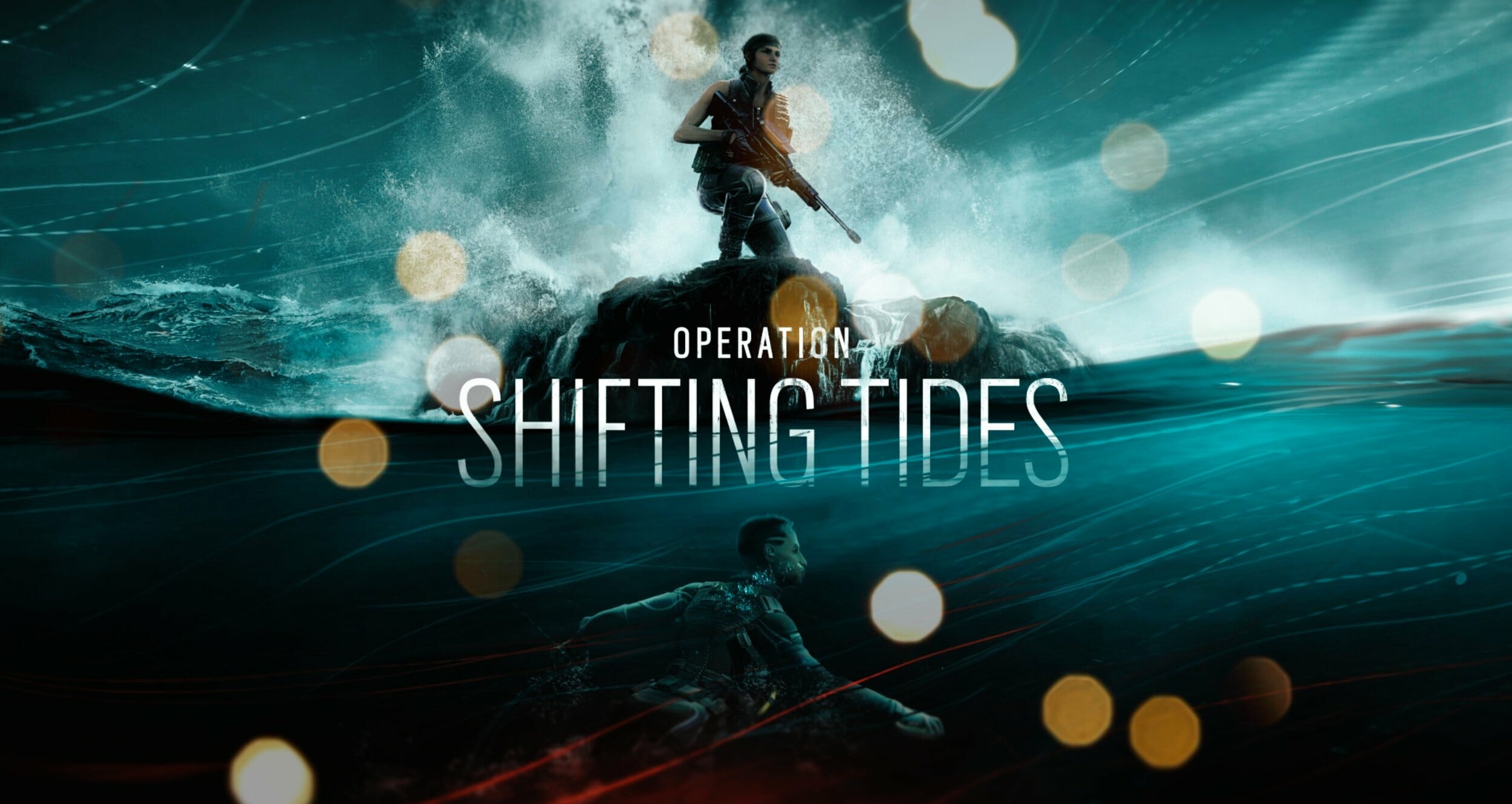 Rainbow Six Siege is one of the most surprising games from Ubisoft in recent years. The game initially released to lacklustre content and gameplay, only to be bolstered up by constant live updates. Today, the game is one of the most lucrative titles under the Ubisoft umbrella, and its high is not going away any time soon! As we enter the last season of Tom Clancy’s Rainbow Six Siege Year 4, Ubisoft wants players to set their sights toward Operation Shifting Tides – an ambitious season with two African firsts: an African operator, and African test servers.

Operation Shifting Tides follows the same structure as pretty much all previous major content updates for Rainbow Six Siege. Players can expect balance changes across the board, along with newly implemented features, new operators, and a reworked map: Theme Park.

Operation Shifting Tides looks great, and players will undoubtedly love it. Entering the fray are two brand-new operators, who specialise in intervention and defence. Wamai is a Kenyan Defender who is joined by Kalo, an Indian Attacker. The two operators met in the Nighthaven Special Intervention Company (NSIC), a private military group owned and led by Kali.

In terms of gadgetry, players can expect new ways to stop opponents dead in their tracks, almost literally. Wamai’s Mag-NET System attracts enemy projectiles and detonates them right on the spot. Do this at the right moment, and an enemy operator will ‘clock out’ really quickly! The Mag-NET System can also either disable enemy grenades and projectiles or turn them against their users completely!

Kali, on the other hand, comes equipped with a CSRX 300 Sniper Rifle that can pierce barricades and hatches in a single shot. Her gadget also takes the form of the sniper rifle via an underbarrel attachment: the LV Explosive Lance. The LV Explosive Lance is capable of destroying all gadgets on both sides of breakable and reinforced surfaces, making her the ultimate defensive expert.

The reimagined Theme Park map has been completely reworked to fall in line with today’s balances and operators. Ubisoft states that the Rail Platform has been removed while the East and West section have been brought closer together. Inside the building (where most of the action will take place), players can expect to see the East section changed considerably, with the most emphasis put on the downstairs area. Similarly, Gargoyle and Haunting Dino bomb sites have been replaced with the Throne Room and Armory pair, respectively. The Gong Room now acts as the main entrance while the Arcade Entrance has been blocked off.

In addition to these great features, Rainbow Six Siege Operation Shifting Tides players can also expect new gameplay implementations. The major notes to be aware of are the following new systems: Limb Penetration, and new prompts for rappelling. Following the release of Operation Shifting Tides, players can also expect a decrease in pricing for Hibana, Echo, Dokkaebi, Vigil, Zofia, Nomad, and Kaid – all operators from previous operations.

Finally, Ubisoft has also announced that Africa’s first Rainbow Six Siege operator will be accompanied by Africa’s first test servers! Africa players will see the Operation Shifting Tides test servers go live on 11 November 2019. There, players get beta and early access to most Operation Shifting Tides content and take a part in the balancing and shaping of the next major update before it releases later this year.

From a badass African operator named Wamai, to brand-new test servers dedicated to African players, and more; Operation Shifting Tides is ending Rainbow Six Siege Year 4 on a high note! It is not clear when the operation will come to live servers, but I am certain Ubisoft will keep everyone in the loop in due course.