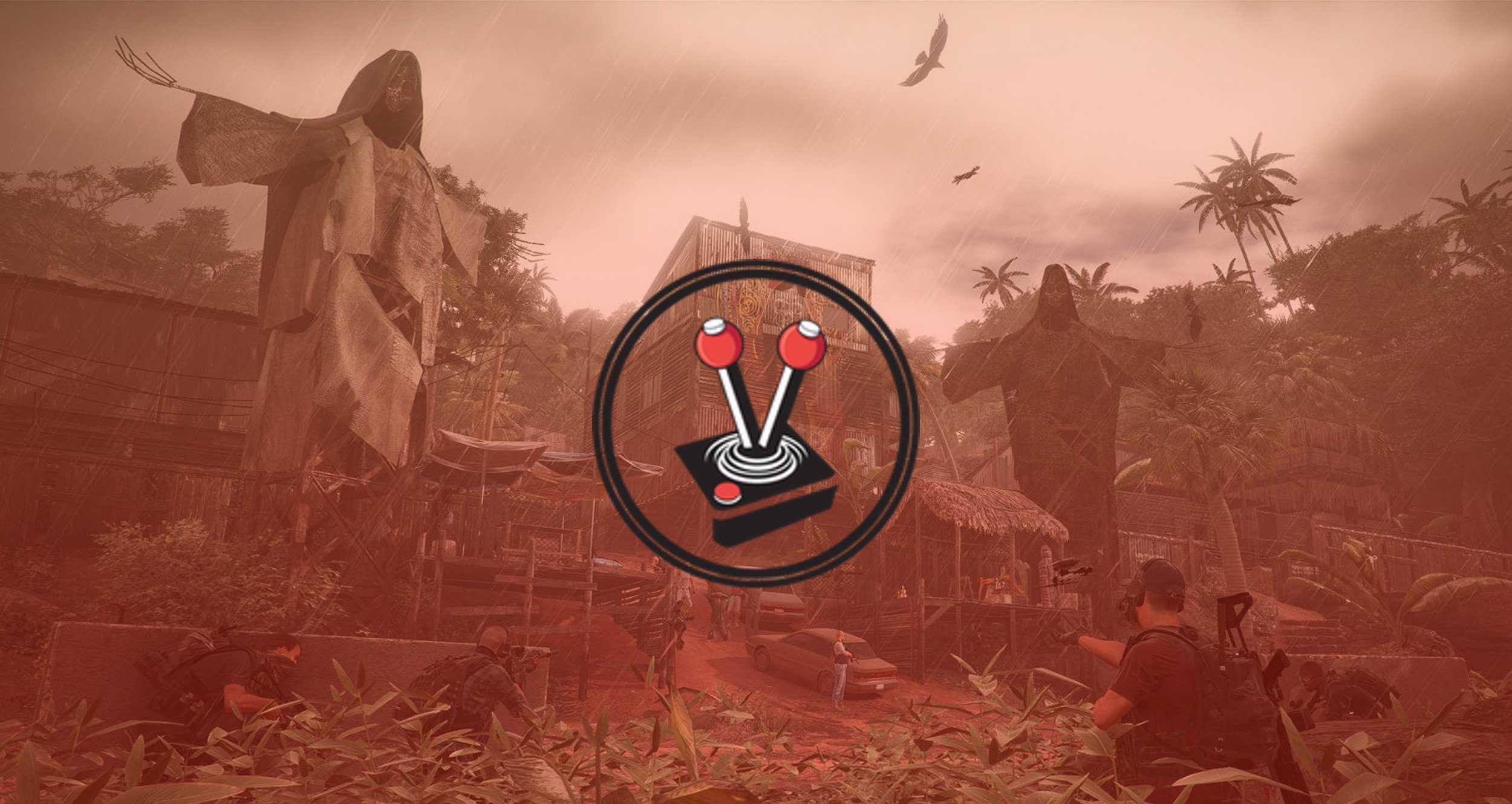 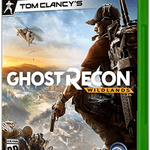 I have lauded Ghost Recon: Wildlands ever since I started writing about it. Sure, I had my doubts about it, thinking that it would essentially just turn out to be The Division 2.0, but by now we all know that is definitely not the case.

The Tom Clancy license has broadened so much over the past few years that it has become synonymous with Ubisoft. Besides Farcry, Assassin’s Creed and Rayman, I struggle to think of any other Ubisoft title that does not fall under the Clancy Estate name. Where I would regard the Splinter Cell and Rainbow Six franchises as some of the pioneers of their genres, I definitely can not say the same about other recent Tom Clancy titles. Games such as H.A.W.X. and Ghost Recon have never been what I would call ‘pioneers’. The same goes for The Division, Ubisoft’s previous open-world multiplayer shooter. Sure, it was the first of its kind for a Tom Clancy title, but the game did not push any real groundbreaking boundaries. Although not unique by any stretch of the imagination, it does have a lot of great things going for it, despite the reviews that it received. I  enjoyed it quite a lot, which brings me to the game’s “spiritual successor”: Ghost Recon: Wildlands.

Gameplay – The world is your playpen

Tom Clancy’s Ghost Recon: Wildlands is Ubisoft’s second take on an open-world multiplayer shooter. It is a truly enormous game that practically screams: “look, we did better this time”! Wildlands essentially takes everything that made The Division good, stripped it of its bad parts, introduced much-needed additions, and rebranded it as a new game… or so I thought.

In Wildlands, you play as an agent leading a four-man squad of “Ghosts” against the cartels of Bolivia. The setting is a vast, open mass of different locales. There are mountains and big open stretches of salt pans, with desert-like biomes and even forest areas in-between. There are outposts and small villages dotted across the country and even the odd city here and there. In short, the game offers a wide array of locales that cater to just about all play-styles out there. This is one of the game’s best and strongest features.

In terms of play-style, I can gladly confirm that Wildlands is much more than just a shooter. Are you a sniper that prefers to stay far away? Fine. Are you the type that loves to rush in and shoot everything on sight? Go ahead! Hell, the game even caters for the “Splinter Cell” types that love ghosting through bases without ever being seen.

Story – Seriously, who wrote this?

Strange that I should name one of the game’s strongest features and immediately follow it with its worst. I mentioned above that you are an agent that leads a four-man, anti-narco, death-squad. Okay, this is not entirely true. You also kill military dudes!

In all seriousness, when it comes to story, Wildlands really does not fall into a good category. Essentially, the entire plot, and reason for you being there, is explained in a cut scene that plays every single time you load up the game.

In short, Bolivia has been turned into a narco-state by the Santa Blanca Cartel, a merciless organisation that deals in, you guessed it, narcotics. As a ghost, it is your job to kill goons, arrest important goons, and kill even more important goons in order to find out how you can get to the kingpin: El Sueno. As a ghost, you have to take out various heads within the cartel in order to destabilise the country and draw out its dictators. 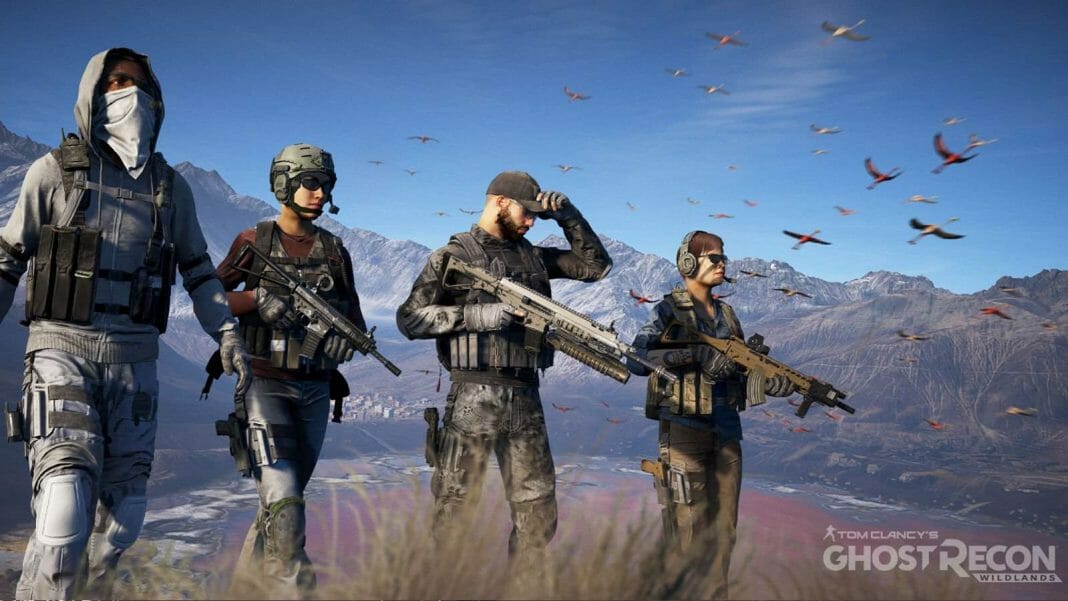 That is pretty much the extent of the motif driving the story behind Wildlands. Cut scenes are bad, and voiceovers range from remarkably bad to insane levels of “what the hell”? There was also a time when your artificial intelligence controlled team would spew all kinds of story related gibberish every few meters you traveled. Thankfully that was quickly patched out by Ubisoft, because all it did was annoy.

Performance – As smooth as a Ghost’s shiny, shaven, head.

Okay okay. Not all Ghosts have bald heads, but mine did. He also wore a hat… but I digress. When it comes to performance, you really could not ask for a better performing triple-A title such as this. From loading screens that shot by in a matter of seconds, to an infinitely-loaded world that only expands the higher up you fly, it all went by without a single frame drop in sight.

I have mentioned in previous articles that I am not sensitive to random and minor frame dips. As such, I cannot comment on whether the game ran at a smooth 30 frames per second on the Xbox One or not the entire time. I can, however, comment on the fact that it never went from 30 fps to zero (I am looking at you, Fallout 4). Basically, it was never so jarring that I noticed. Not even in tight corridors filled with gunfire, explosions, and tanks (Yes, I drove tanks into tight corridors… don’t ask).

One thing that did end up souring my experience a bit, however, was how easy it was to fall into a repetitive experience that I could not escape from. A repetitive trap.

Conclusion – A good game, soured by all the small things

Repetitiveness should not be easy to come by in a game like this, yet Wildlands is rife with repetition. Perhaps this was due, in part, to the fact that I ‘blazed’ through the majority of the so-called campaign in about a week. Maybe it was due to the fact that the gameplay, no matter how varied, is really just not my style. But the question I must ask then is: why did I enjoy The Division as much as I did? Why The Division, which is literally the basis on which Wildlands has been built, and not Wildlands itself?

I mulled over it for a while… so long, in fact, that I only came to the conclusion as I started writing this review.

Ghost Recon: Wildlands is not the kind of game you play on-end for an entire week to finish. Most games today, like Call of Duty with its stellar 6-hour campaigns or Life is Strange with its two-hour episodic chapters, are designed to be played as soon and as quickly as possible. Hell, even games like Fallout 4 and The Witcher can be enjoyed for hours on end… but not Wildlands. 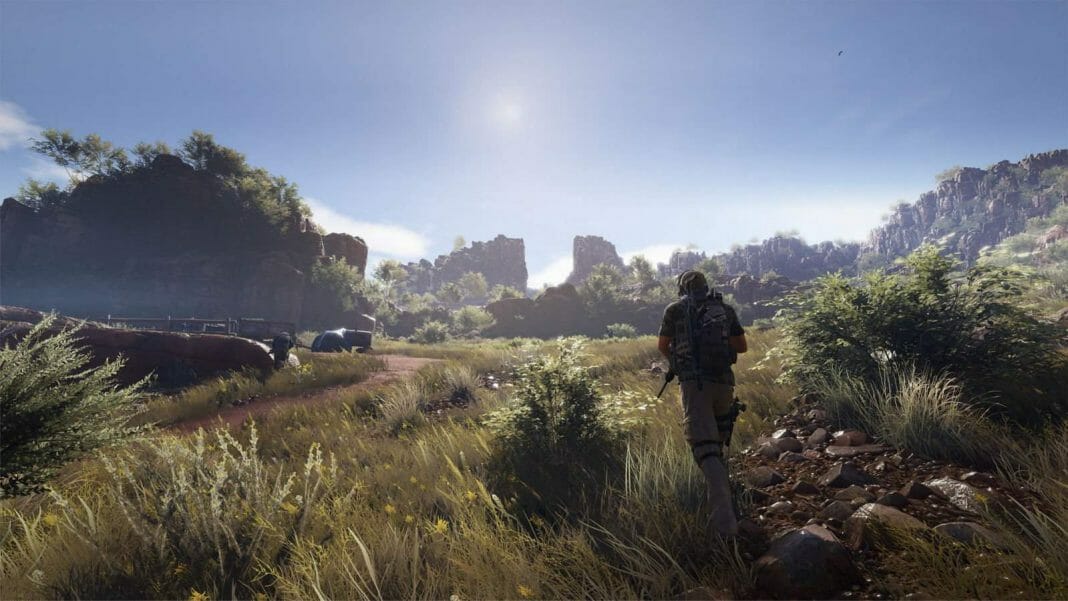 Wildlands is more the kind of game where you get together with friends once or twice a week (online, of course). However, I am not even talking about the frequency from playing online games like Mario Kart, Overwatch, or even Guild Wars 2. Rather, I am talking in the sense that Wildlands is a game that you absolutely lose yourself in… for no more than an hour at a time. If you play for longer, you end up seeing it for what it really is: just another boring open-world shooter with repetitive gameplay. I say this as someone who likes these types of games.

It is obvious that Wildlands is not meant to be finished, hence the bad narrative. Yet, without addictive or engaging gameplay, the game becomes boring very quickly. It is a game, I imagine, that is meant to be enjoyed, slowly, an hour at a time, with a friend or two. At the end of the day, and in my personal opinion, I would not recommend anyone pay full price for this game. Rather wait for it to go on sale — perhaps a good 25% – 30% off; and then also make sure you have friends to play with you.