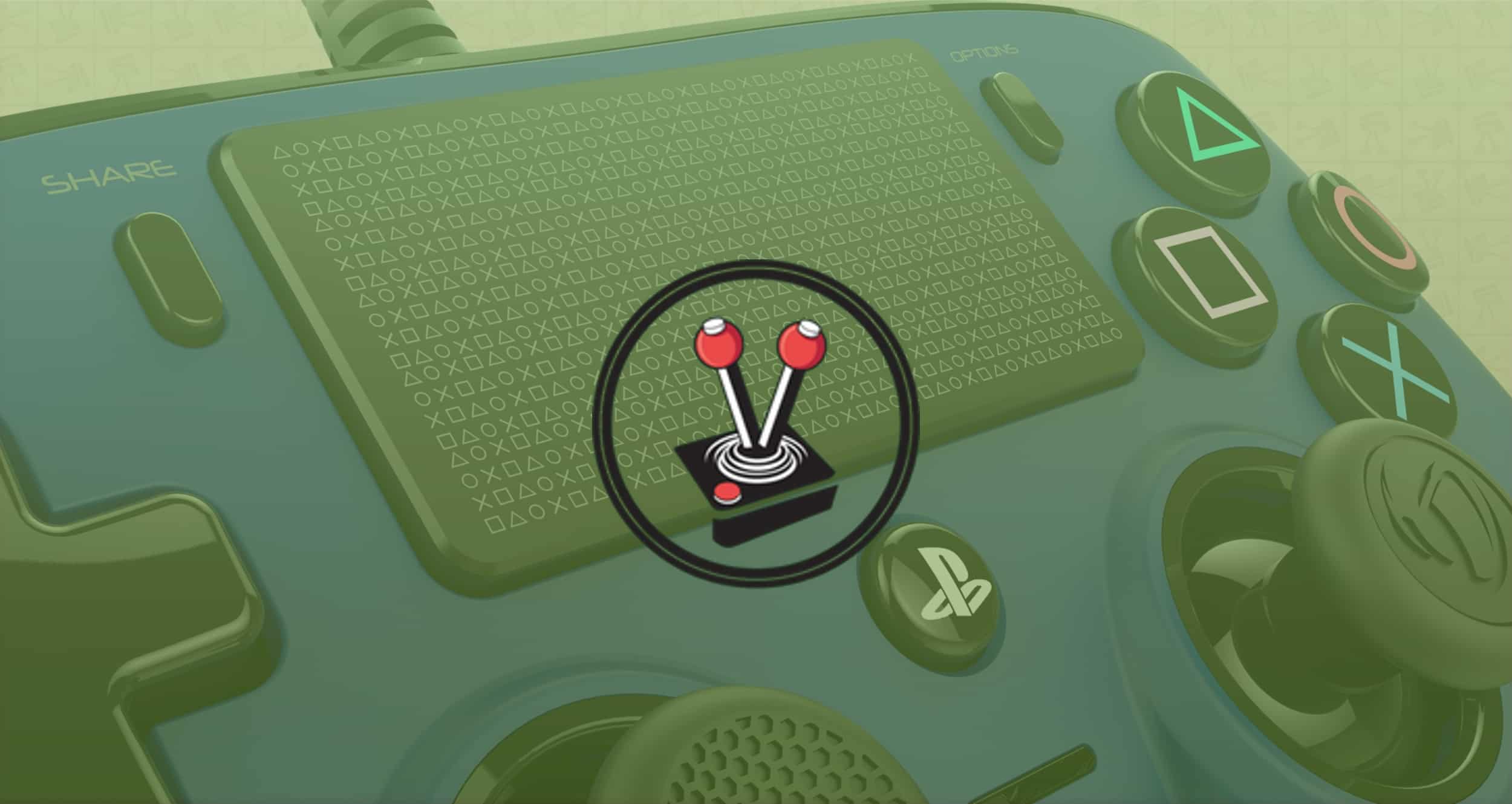 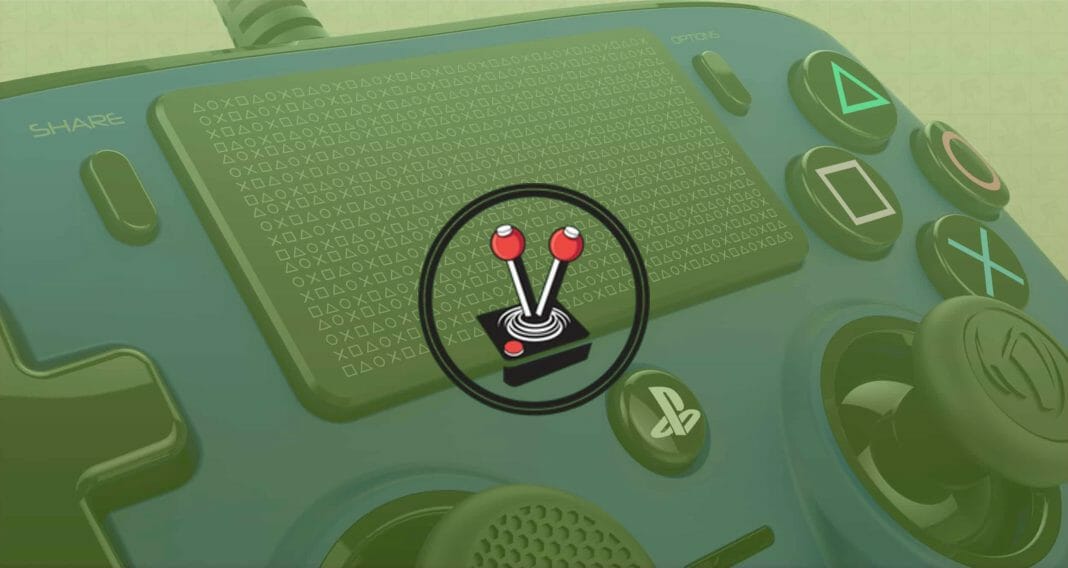 I have to be honest: PlayStation controllers have not felt comfortable to me in many, many years. I was an avid PlayStation One player in my youth, but never missed the controls as I assimilated and became one of the “PC Master Race” crowd. Obviously, I have matured since then, and have grown to appreciate both PlayStation 4 and Xbox One whilst still being a Microsoft Windows gamer. As such, I have grown used to using both the Dualshock 4, and Xbox One controllers, as well as a few PC-specific peripherals over the years.

Getting used to differing controllers also means that I will go through a lot of them. Especially since I am prone to “raging”, and official controllers are super expensive. In South Africa, a brand-new Dualshock 4 will set you back R1 199! However, if you are willing to forgo a key feature of the Dualshock 4 and the convenience of wireless, you can get an excellent third-party controller for just R700. This is where the Nacon Wired Compact controller comes into play. 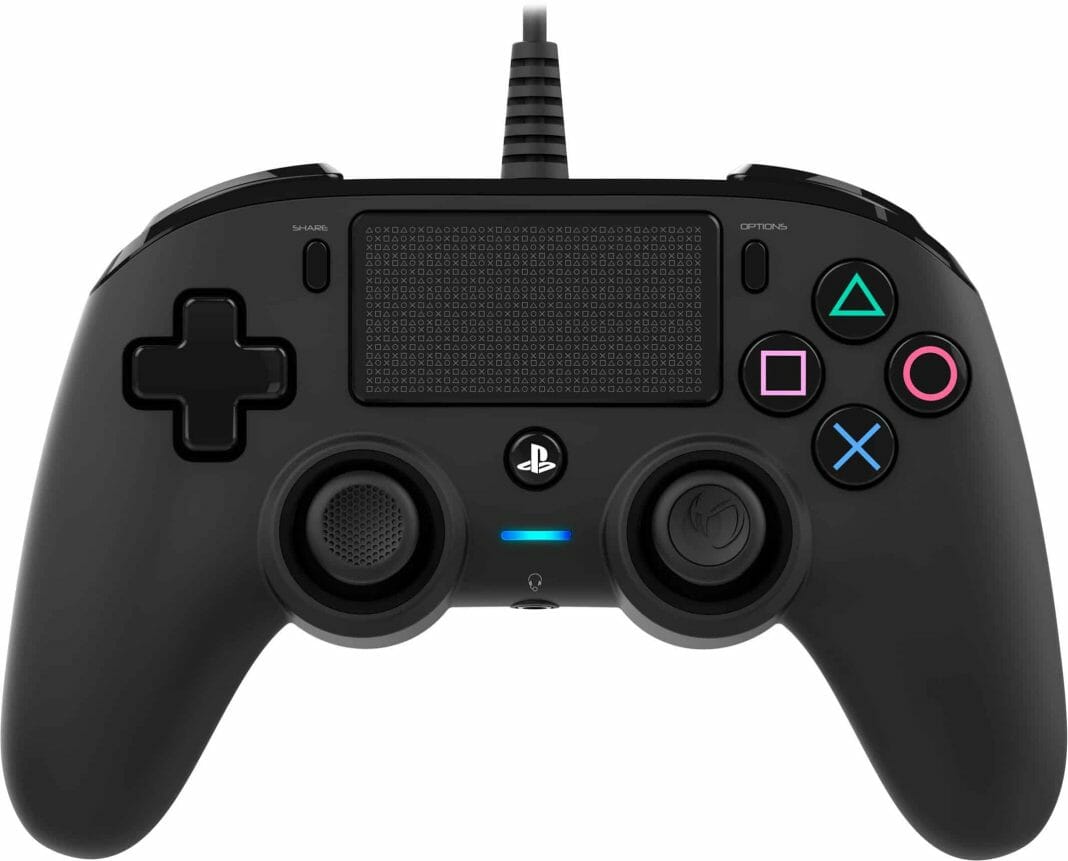 Nacon has a wide range of premium controllers for Sony’s PlayStation 4. The Nacon Wired Compact controller is, for all intent and purpose, their entry-level gamepad. It Is a sleek take on the traditional Dualshock design that comes in so many different forms, that it is hard to keep up with the sheer amount of consumer choice! With that said, the model that I ended up getting is officially titled, Black Matte. It joins a long range of orange, blue, “white” or grey, and pink matte colours; and even translucent colour options in the form of blue and white, green and white; and red and white.

Regardless of the colour you choose, the Nacon Wired Compact controller has a hard plastic finish that looks great. This hard plastic is very glossy and is mixed beautifully with a patterned touchpad (in the form of the PlayStation symbols) and rubber analogue sticks. The result is an arguably better-looking controller than the official Dualshock 4 that I often criticise for looking cheaply built, even if it feels very good to touch.

The D-pad is about the same size as the Dualshock 4, but it feels a lot better to press. I adore haptic feedback and the feedback the d-pad gives you is great. Similarly, the function keys on the right-hand side of the controller also have a great click to them. However, I must admit that it took me a while to get used to the layout. All buttons are in the same positions as you will come to expect from a PlayStation 4 controller, but they are a tiny bit bigger than normal. The square button, in particular, is also positioned quite close to the touchpad. Whether this was meant to make the controller smaller or not is an educated guess, but it resulted in me accidentally tapping the touchpad every now and then when I first got it. Fortunately, I got over that after a few extended play sessions, and have not made accidental button presses since. 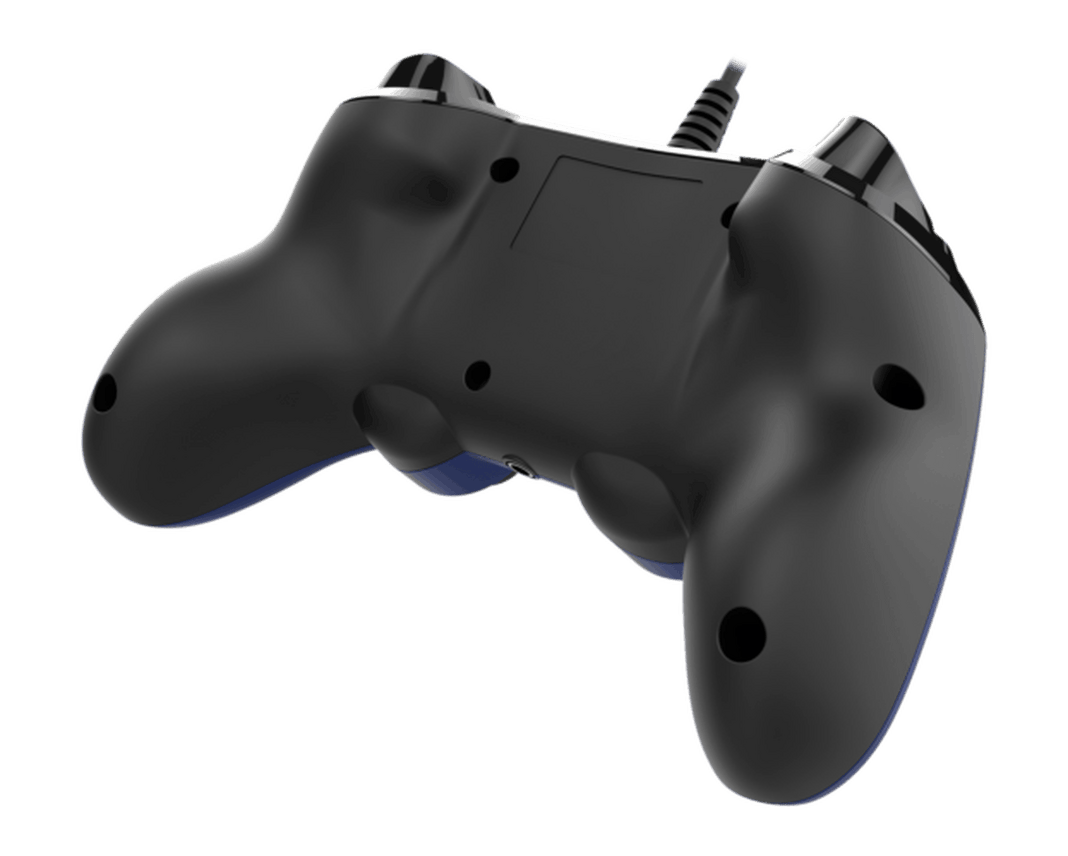 It might be obvious, but the Nacon Wired Compact controller does away with the wireless functionality that the Dualshock 4 provides. A USB cable runs from the controller all the way to a USB port on the PlayStation 4. This removes the risk of batteries going flat mid-session, but also reintroduces the inconvenience of wires. Fortunately, the wire the controller comes with is super long, coming it at roughly 3 metres.

With the design out of the way, the only thing left is the actual functionality of the controller. In this regard, you might want to make double sure before you buy. Due to its price range, and its spot as Nacon’s entry-level option, it should be noted that it does not include some of the basic features found in the DualShock 4. 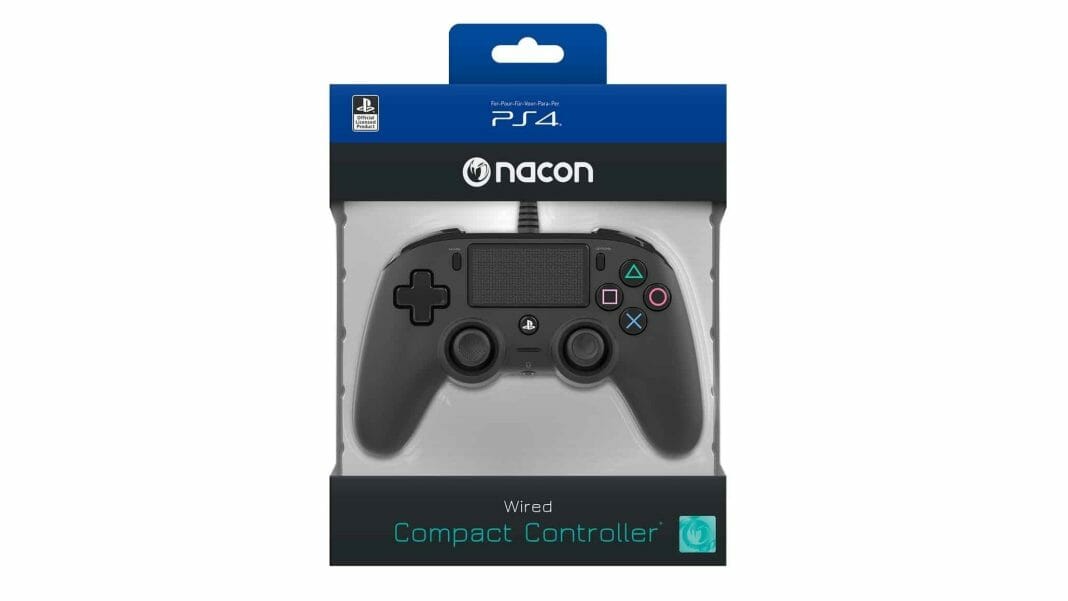 In particular, the tiny built-in speaker and the luminescent light bar do not feature in the Nacon Wired Compact controller. This might be a huge issue for some – I know of friends who love it when the controller makes little beeping noises in games such as Last of Us, or Horizon Zero Dawn. For me, however, I cannot say I have missed it at all. The same goes for the light bar. Besides changing colours depending on which player is currently playing, the light bar has not done anything for anyone. If removing it means cutting costs, I do not mind at all.

There is, however, a single key feature the Nacon Wired Compact controller removes that is not as trivial as the two features above. This is the motion sensor used for PlayStation VR functionality. Personally, I have never used it for PSVR, but I can see how this will matter a lot to some PlayStation 4 owners out there. I know that some in-PSVR games also use this feature for tracking. In particular, titles such as Heavy Rain absolutely require this feature. 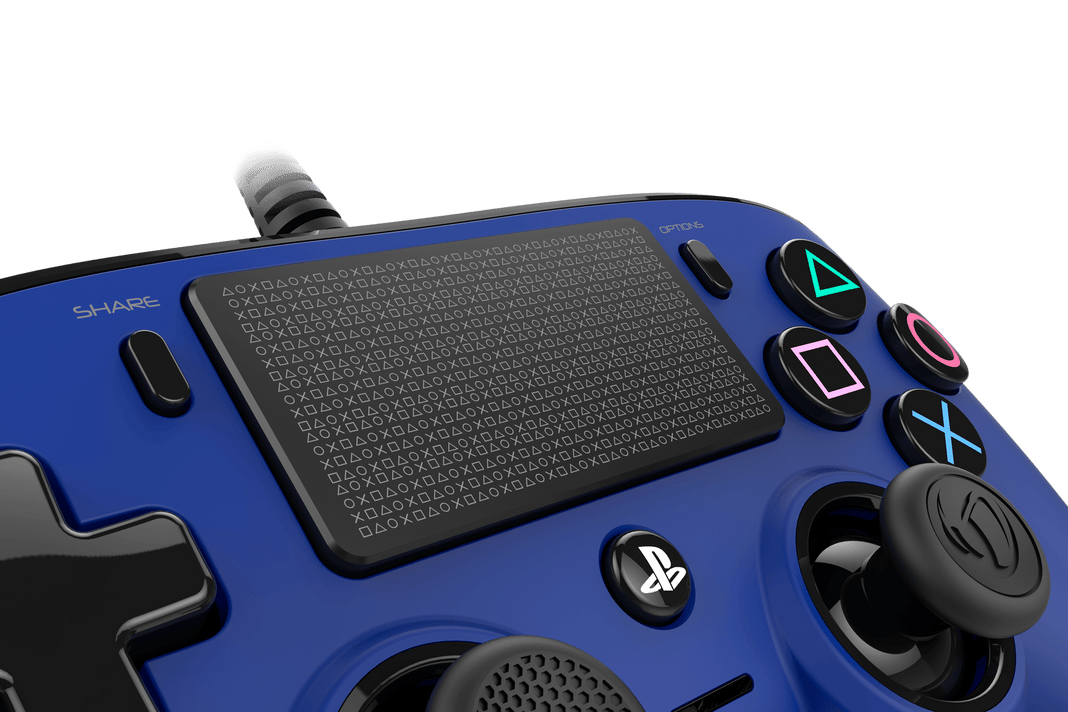 The Nacon Wired Compact controller plays just as you would expect from a controller. It feels very good in the hands and even looks sleek and polished. I must admit that I had a hard time at first, as I kept pressing the touchpad when I wanted to press the square button. Beyond that, however, it has suited all of my PlayStation gaming needs.

If you are happy to save upwards of R500, as well as willing to let go of motion tracking, the light bar, and a tiny speaker that you most likely never appreciated in the first place, then this controller might be for you. It has certainly been more than adequate for me.