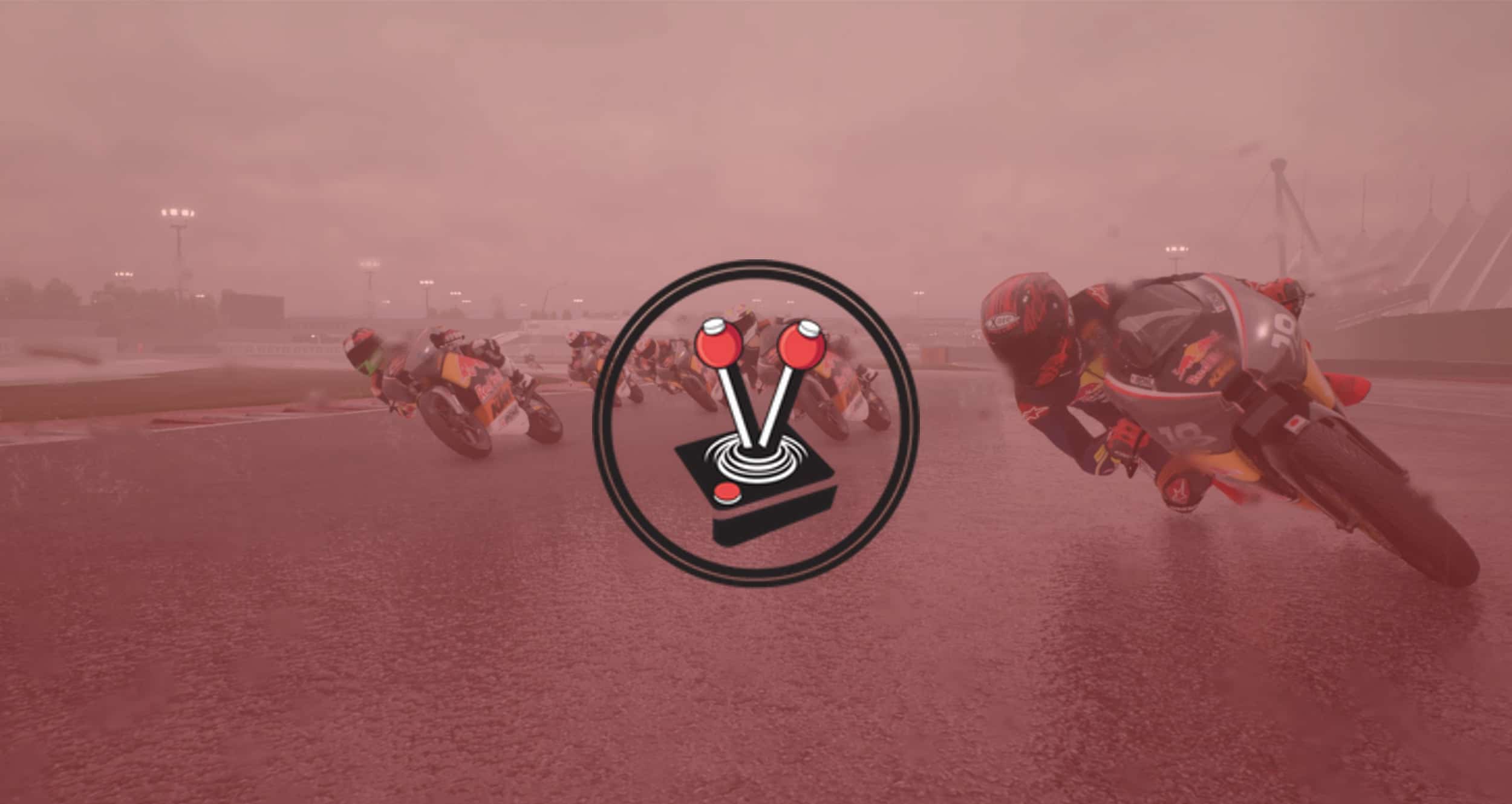 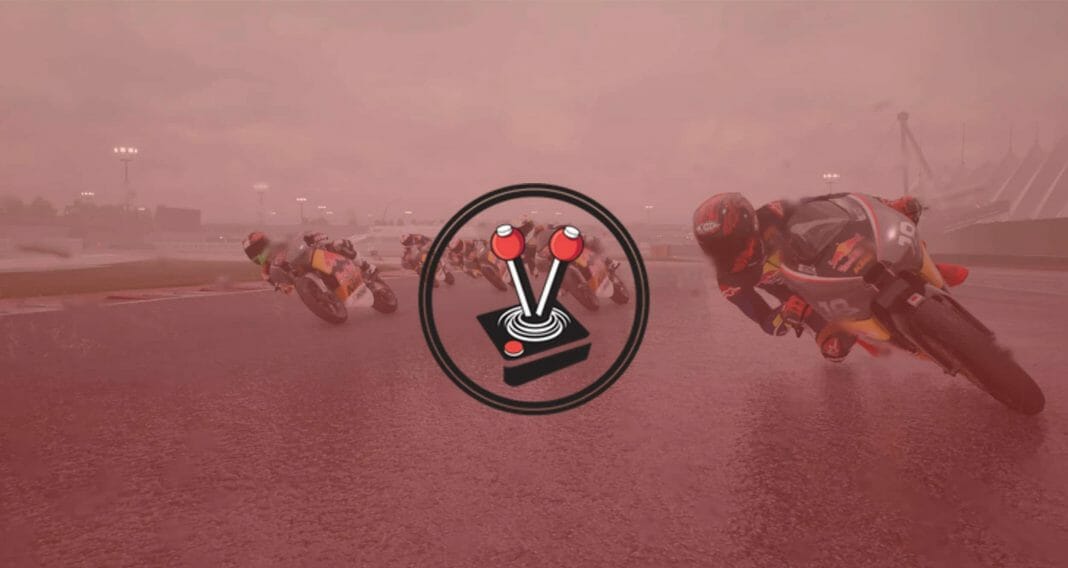 The last time I played a MotoGP title was in 2015, with MotoGP 15. Back then, I loved the prospect of finally picking up a game that stood out from the likes of Assetto Corsa and Project Cars (both titles that I adore). It was a fun experience for the first hour or so. It was great seeing how nuanced the motorsport aspect was compared to motorcycle racing, and how much the two differed. Yet, more than three hours in, I found the experience bland and boring. So how does MotoGP 18 fair?

MotoGP is a franchise synonymous with motorsports. Unfortunately, as you might expect from any series eighteen (18) titles in, it seems to have stagnated beyond repair. MotoGP 18 is Milestone’s most recent attempt at patching up the beloved motorcycle racer, and sadly the series has not improved a lot since 2015.

Cruising for a bruising [Story]

MotoGP 18  is, for all intent and purpose, a game tie-in to the titular Grand Prix Motorcycle Racing (MotoGP) championship. As such, the game eliminates complex multiplayer systems and fancy photo modes. Instead, players will spend most of their time within the game’s career mode. There is no real “story” in the traditional sense of the word. Players go through a serviceable character creation progress that serves to bond the player with the player character. The only gripe I have with the entire process is that there are no gender options – the entire selection of pre-made faces are male. Other than that, however, players can customise their name, birthday, racer numbers, and much more.

Players start out in the Red Bull MotoGP Rookies Cup. From here, it is your goal to make it all the way through Moto3 and Moto2 classes and cups, before making it to the MotoGP Cup where you will ride for the ultimate MotoGP world title. 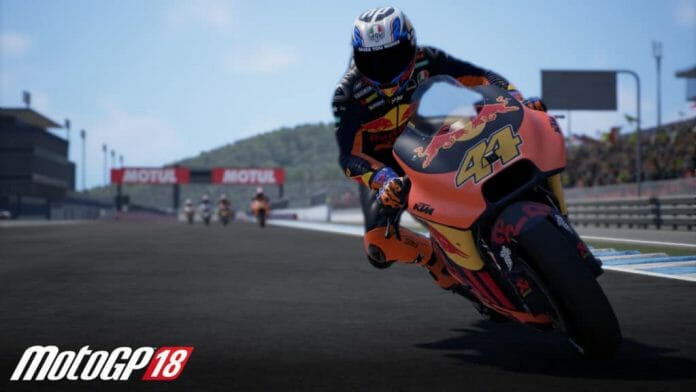 Progression is reasonably straightforward. You initially have to choose whether or not you want to have a go at the next track in a practice session (most of which double up as placement matches). Following that, you take part in the main race in order to win points that contribute to the cup final. I should mention that most races also feature “development tests” that allow you to go over the basic controls once more.

As you might expect, doing well will net you much-needed points and reputation. As your reputation increases, you get offers to join teams and will have to make choices that influence your progress in the ranks. As you take on contracts and win races, you eventually make it through to the final cup. On the other hand, losing too many races or not following the rules (such as cutting too many corners during a race), will get you kicked off a team. This means that you will regress, rather than progress, in your career. I must confess this intrigued me more than it should have on paper. In the end, however, career mode felt like it went by too quickly.

Slipping and sliding to victory [Gameplay]

As with most simulation titles, the difficulty is not just a matter of three options. From the onset of entering career mode, players can customise how challenging they want the game to be. Options include configurations for the game’s artificial intelligence, driver assists, race length, and driver positioning. By tweaking these settings, a reputation modifier comes into play. By making things more challenging, players can earn more points, and by making things easier, players earn less. As I mentioned before, points are earned during test runs and by winning races.

Levelling, for lack of a better term, is accomplished by gaining enough points to progress in your career. Using the points is a fairly trivial matter and unusually implemented for a simulation game. Instead of using it on unlocking parts for a bike or buying new aesthetic customisation options, you simply need to dump the points into different stats. You can “make your bike faster” by dumping points into a “make the bike faster” stat. Similar options exist for braking, suspension, tyres and the like. Sadly, I found this upgrade system  unsatisfactory, since I barely discerned the difference between what my bike felt like in the end game versus how it felt at the start. More for show than providing an actual difference, if you will. 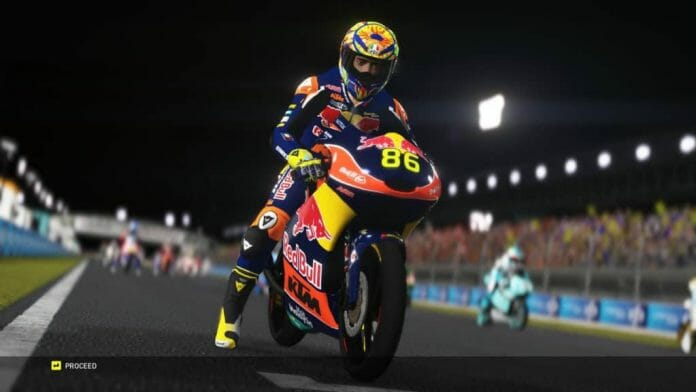 By far the most enjoyable thing I noticed gameplay-wise is that the bikes all felt unique. The bike you start out with feels nothing like the bike you get when you join your first team. Similarly, the way bikes sound also differs wildly by the time that you reach the ranks of Moto3 and higher. As it should be, all bikes handle differently from one another. As a fan of simulation titles, small nuances like the way one bike shifted gears versus another, or how one bike gripped corners more tightly versus others, definitely raised the level of fun I got out of the experience.

With that said, where Milestone got the finest of details right for the bikes, they really did not seem to spend any time and effort on the underlying issues prevalent in previous MotoGP titles: bad artificial intelligence, rubber-banding, and wonky physics.

As highly detailed as the game is meant to be, it is quite jarring to see your competitors stick to optimal lines like they are stuck on a toy Scalextrix track. Artificial Intelligence (AI) also leaves a lot to be desired. In MotoGP 18, the AI players appear to be as lifeless as the tar the game simulates. Bumping into competitors, even at more challenging levels of play, looks like some developer injected the wrong physics engine into the game. Beyond the player character, crashes hardly ever happen, and when they do, computer-controlled players, more often than not, simply adjust their routes. All while the player character is left rolling off-track, getting his or her motorcycle absolutely pummelled in the process.

When all that is said and done, I can say that online multiplayer feels good. It does a great job of making the player feel like they are among other humans, instead of wacky AI that is more lifeless than it ought to rightfully be. While I admittedly only dabbled in the multiplayer, I can attest that finding matches were easy and fast. Also, rather than lobbies allowing you to select race types, the game implements a voting system in public lobbies whereby players get to vote between four tracks on which to race. Simple and effective.

Not too long ago, I reported on what gamers could expect from MotoGP 18. In the post, I mentioned Unreal Engine 4.0, and the use of fancy drone scanning. Now that I have enjoyed ample time with the retail game, I can positively say that Milestone did not lie. The move to the fourth major Unreal Engine means that Milestone have finally been able to up the ante in terms of design and aesthetic for this largely stagnant motorcycle series. MotoGP 18 looks as incredible as you would expect from a proper simulation title. At least on the surface, anyway.

Rider models, as well as bike models, all look incredible. Milestone employed special 3D Drone scanning methods to perfectly capture every detail on bikes, and they excelled in that regard. The rest of the game, however, looks bland and boring in comparison. Tracks are barren and void of life, which is a shame. After all, this is where you spend most of your time. I also have to give special mention to how horrendous the non-rider models are. The pit ladies look like they were copy and pasted from Mass Effect: Andromeda’s launch code, and pit staff move with such rigidity that I swear all of them stuck a bunch of brooms up their butts before I entered the pit. 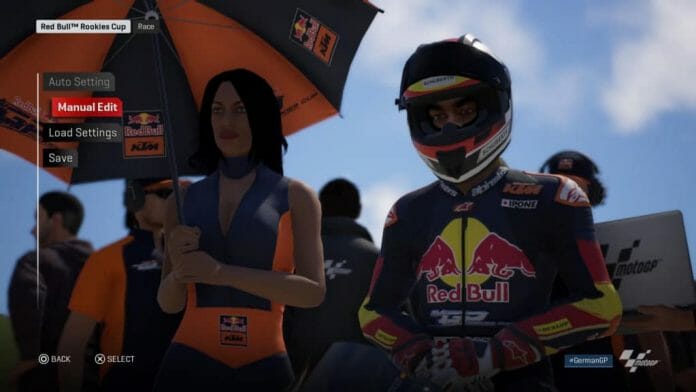 Beyond that, the game really does look beautiful. It is generally pleasant to the eye. Especially while speeding at more than 140 Km/h down a long straight, and while entering curves at heart-wrenching speeds.

Furthermore, I was hoping that the move to Unreal Engine 4.0 would help to improve loading times and performance. Alas, that is not the case for MotoGP 18. While the game looks good, and while it plays as smoothly as Valentino Rossi’s beautiful forehead, random hiccups and long loading times killed it for me.

The game boots up very slowly, which is understandable. However, when menus cannot decide whether I have pressed the button or not, and when consecutive races refuse to take less than three minutes to load (for similar tracks and weather conditions), I do have to ask myself: why I am still playing?

Skidding to a halt [Conclusion]

Sadly, I ended up asking myself that question one too many times. Perhaps my reaction is warranted, given Milestone’s focus on another motorsport game that released at a very similar time. Could their split focus have resulted in a game not fit for release? Could MotoGP 18 have been saved, had Milestone delayed it by at least another month?

Whatever the case may be, the fact of the matter is that I honestly did have some fun with the game. The first three hours were genuinely good, as I explored the shiny menus and toyed with the difficulty settings, tweaking them to perfectly suit my play style. It was all good too, until I crossed over the four hour gameplay mark. Thereafter, I honestly felt like I had seen every single thing the game had to offer (I put in a further six more hours after that point, just to be sure. Sadly, my initial impressions were not wrong).

It certainly does not help that I think the game genuinely looks good. That is until I remember how everything other than the rider and the bike look like puppets on a playset, which was only exacerbated by the snail-like loading times. Add that to having a bad day, and it would make anyone cringe to boot the game up again.

In the end, MotoGP 18 really is not worth it for anyone but die hard fans of the franchise. It is a fun game and it has elements that would make it work, with a bit of extra polish. However, there is just so much going against it that I cannot recommend it at the full price. Get it, but not now.