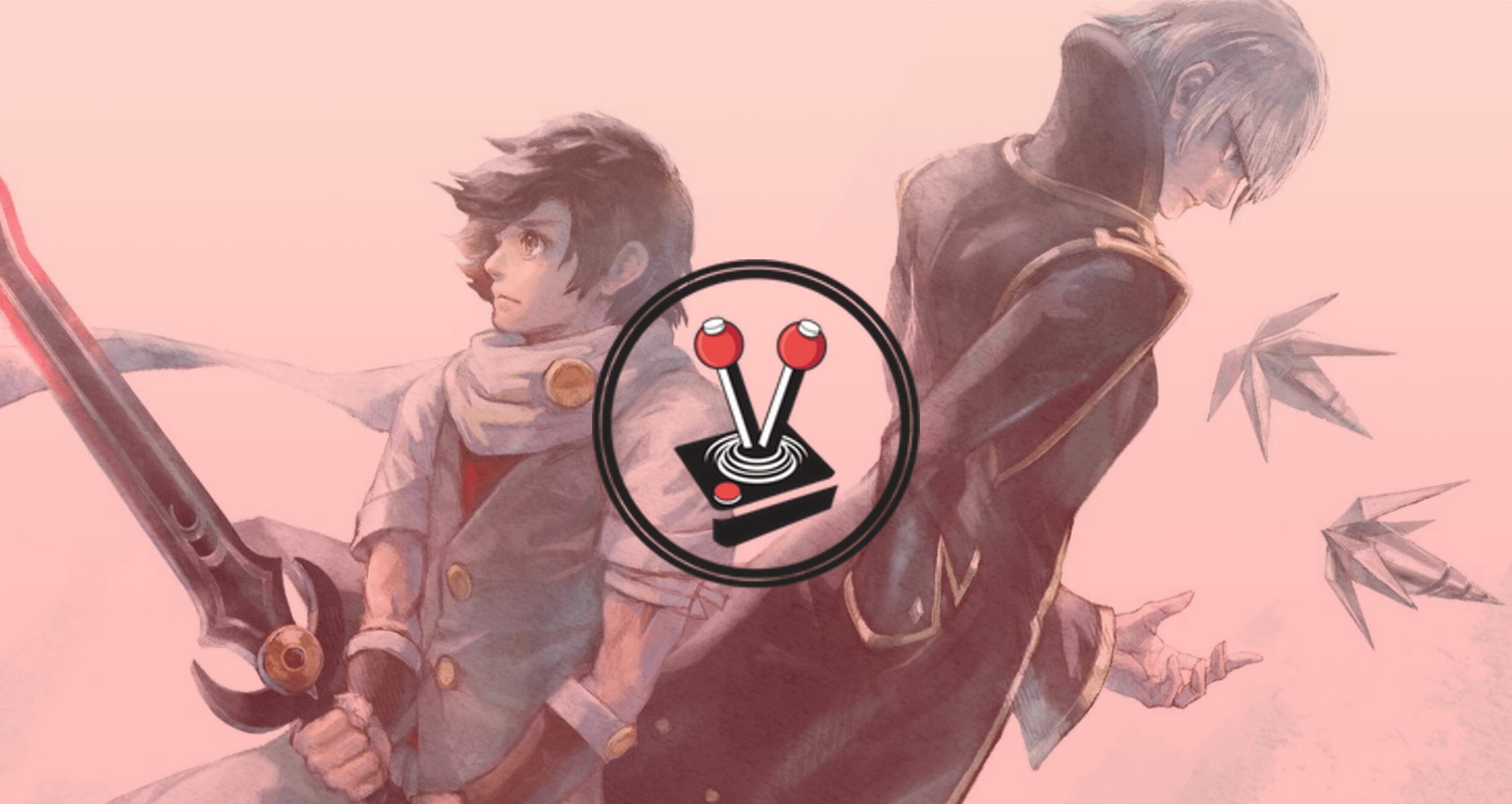 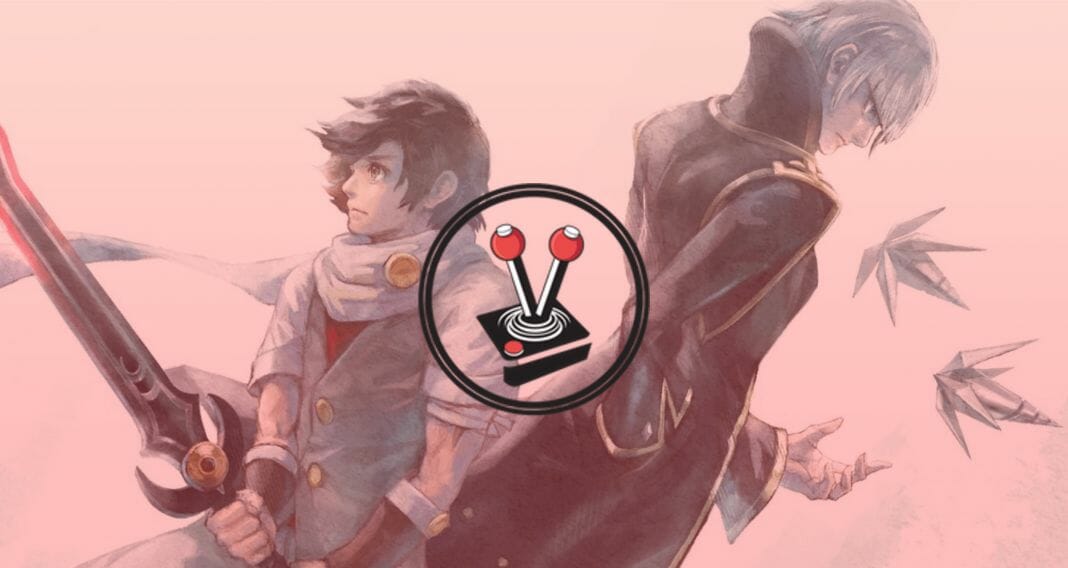 Tokyo RPG Factory is perhaps one of the best little studios to come out of Square Enix’s umbrella. I say this in all sincerity. The studio was set up after the huge success of Bravely Default in 2014. Since then, Tokyo RPG Factory’s entire purpose has been to produce modern role-playing games with deep ties and references to classic RPGs of old, and now their latest title, Lost Sphear, has arrived.

The first game to release under their moniker was I Am Setsuna. It was a decent game very well received by critics. It delivered all of the classic 16-bit mechanics in a wonderfully modern title, something that was unheard of at the time. It was marketed as the spiritual successor to Chrono Trigger, and it was great. Now a few years on, and a second game has released by the studio. Lost Sphear is essentially everything I Am Setsuna was, and more.

Half the world is gone, and you are the key (Story)

Lost Sphear is a tiny tale that goes on for longer than it rightfully should, and I absolutely took pleasure in that aspect. In the game, you play the story of Kanata. You are a young man with the ability to restore memories. In essence, Kanata can restore what the game calls “Lost Objects”, so long as there is some link between the object or memory, and the person, place, or item that has gone missing.

Together with his two friends, Kanata sets out on an adventure to get to the bottom of a bizarre phenomenon: half the world has gone missing! Mechanically, it becomes clear very soon in the game that Kanata is the key to all of it. With just about 50% of everything getting “lost”, it is up to Katana to find their sparkly silhouettes, and restore them. While I would have preferred a much more drawn out prologue, I must admit that in retrospect I loved the briefness of it all. 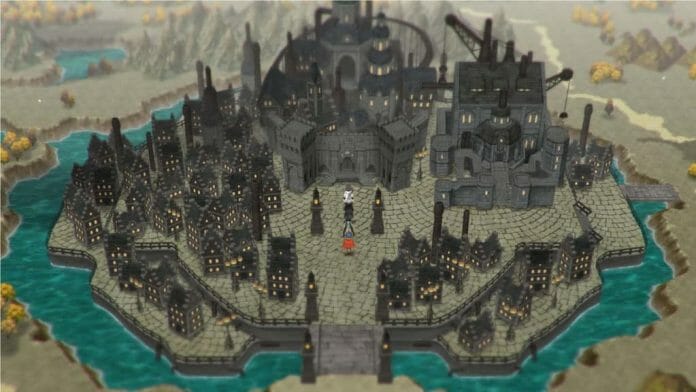 In the end, Lost Sphear is a very basic “classic” RPG story with no more twists and turns than you might come to expect. The story hooks you easily, is engaging and tends to draw you into that groove where you merely want to keep on playing. After a few hours, however, it becomes apparent that the game is made to be played in intervals. That is perhaps the strangest thing about it. However, when you do take breaks, the game has a way of lingering on your mind. It has the ability to make you think about what has transpired. You ask yourself whether characters such as Van — a mysterious man you meet early on — is really trust worthy? Why Katana is the only one that can fix it all? Or how the bosses in the game have come to be?

The briefness of the game especially shines through in the fact that I simply cannot tell you more about the plot without spoiling anything. For an RPG, the game will take a quick story run around 20 hours to complete. I played 27 while doing some extra content, and have heard stories about people playing for more than 80 hours while doing side quests and searching for collectibles.

Mixing old with the new (Gameplay)

Gameplay in Lost Sphear game comes down to pretty much exactly what you would expect from a modern-day Chrono Trigger. It features a 2D isometric perspective with a discourse that comes via the eyes of Kanata. It features an almost oil-painted aesthetic mixed with some drawn elements. Comparably, the animation is very basic — good enough to convey emotion and action, but not intricate enough to show faces close up. It does, however, fit like a glove with the overall feel of the game.

The game features an Active Time Battle (ATB) system, which means that characters and enemies can only move or do actions during their turns. The turns are dictated by a meter that constantly refills. Each characters meter is determined by a factor of speed, which means that some characters will be able to act faster in the same time than others.

Also during battle, character attacks and abilities tend to be very situational. Characters can move while attacking and most attacks are done via indicators. If you can swing your sword in such a way that it would hit multiple enemies, it will. There is a clear indicator on what attack lines or arcs look like. This encourages you to keep moving around during a battle — a mechanic which evolved from how characters chose their own footing in Chrono Trigger. 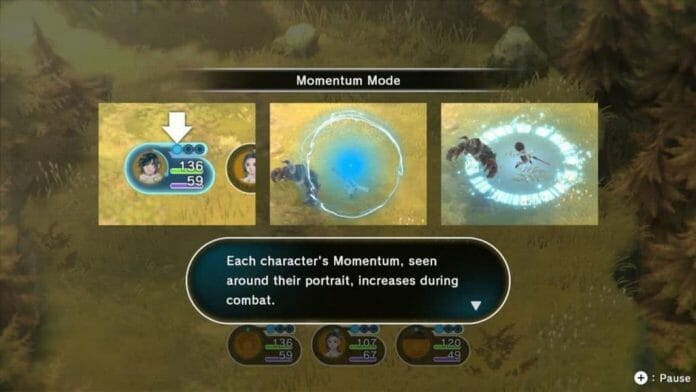 Building on the ATB system is the equipment menu and how it works. Many of the mechanics come directly from I Am Setsuna, and for good reason: it works. Characters can equip Spritnite to unlock abilities and new moves, use Momentum Mode, which is basically an extra critical hit modifier, during attacks, and even Vulcosuits, which are equipped using an energy pool that the party shares.

Backtracking is a huge thing in this game too. As with many other classic RPGs, you will often find yourself leaving a city or hub area, only to return after a few hours to get a quest reward or additional progress for the main story. The thing is that, while backtracking is a huge part of the bloat, the game still felt fast and that is where its beauty lies. It is quick to be over, but you want to experience more.

As I have mentioned before, Lost Sphear is a pretty one. It features a unique aesthetic that I have only seen in I Am Setsuna and a previous Square Enix title, Vagrant Story. It features half-drawn aesthetics with a strange oil painted look and feel. Characters are just little sprites that act and move within the limitation of sprites. In a way, the game evokes a very 90s feel.

The overworld is very much in the vein of games like Final Fantasy I through VI and Chrono Trigger. When you exit a city or hub area, you will enter the overworld. Here, your character is a little 16-bit version of itself that is a tiny bit bigger than just about everything else in the world. Scale is not meant to be accurate here. Instead, it gives you an obvious look at where your character is, while you move around the world. Mountains are big, yet not as big as they would be when you enter them, and entire houses are smaller than your character on the world map. It is great. 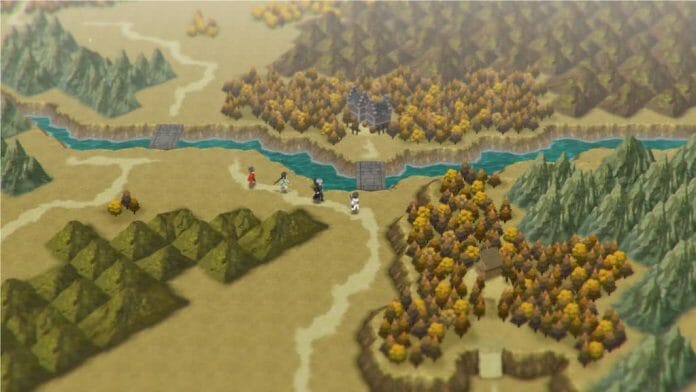 Similarly “lost” areas, those that have gone missing, are basically just whited out and hidden by clouds. It is a simple aesthetic that not only helps load times and stress on the graphics cards, but also fits perfectly with the game. Think of how perfect the first Silent Hill was with its fog, yet the fog was actually there to hide a poor render distance. The more you know!

The game really runs well. Besides boot-up times that tend to take a tiny bit longer than they should, the game itself loads fast and performs great. I believe that the game runs at a locked 30 frames per second on PlayStation 4 (which is the system I reviewed the game on). With that said, I can say that it did not hitch once. When I just started playing the game, I had a couple of crashes, but updates since then have removed crashes completely. The game looks great, runs well, and is quite good overall.

All in all, Lost Sphear is a timeless game that not only lives up to its spiritual predecessor, but also lives to be unique in its own right. It embodies a bunch of aspects from classic titles, such as Chrono Trigger and Final Fantasy, while bringing those things to a modern setting, with modern design elements and development tricks.

The game has an intriguing story that fits perfectly in how it looks and plays. Gameplay is as close as you would expect from something that tries to pull inspiration form as many classic RPGS as possible, without being overdone or too complex.

I have read online that the game likes its jargon, and while that is true, I can say that it only helped with the world building. Words such as Volcosuit, Spritnite, or even Momentum, are all a part of what makes the game so good. Imagine if Dark Souls got the same hate for calling potions Estus, checkpoints bonfires, or souls experience. It is all just a part of the world building process, and I feel that it was done extremely well.

Lost Sphear is brief, from the onset. It will only take around 20 hours of your time if you do not do any side content, which is quick for a modern day RPG, but still way more than modern-day shooters or strategy titles. However, while brief, it does fit perfectly into its own world and does not force you into endless bouts of grind to get somewhere. The game is great, and I would definitely say that it is worth checking out.