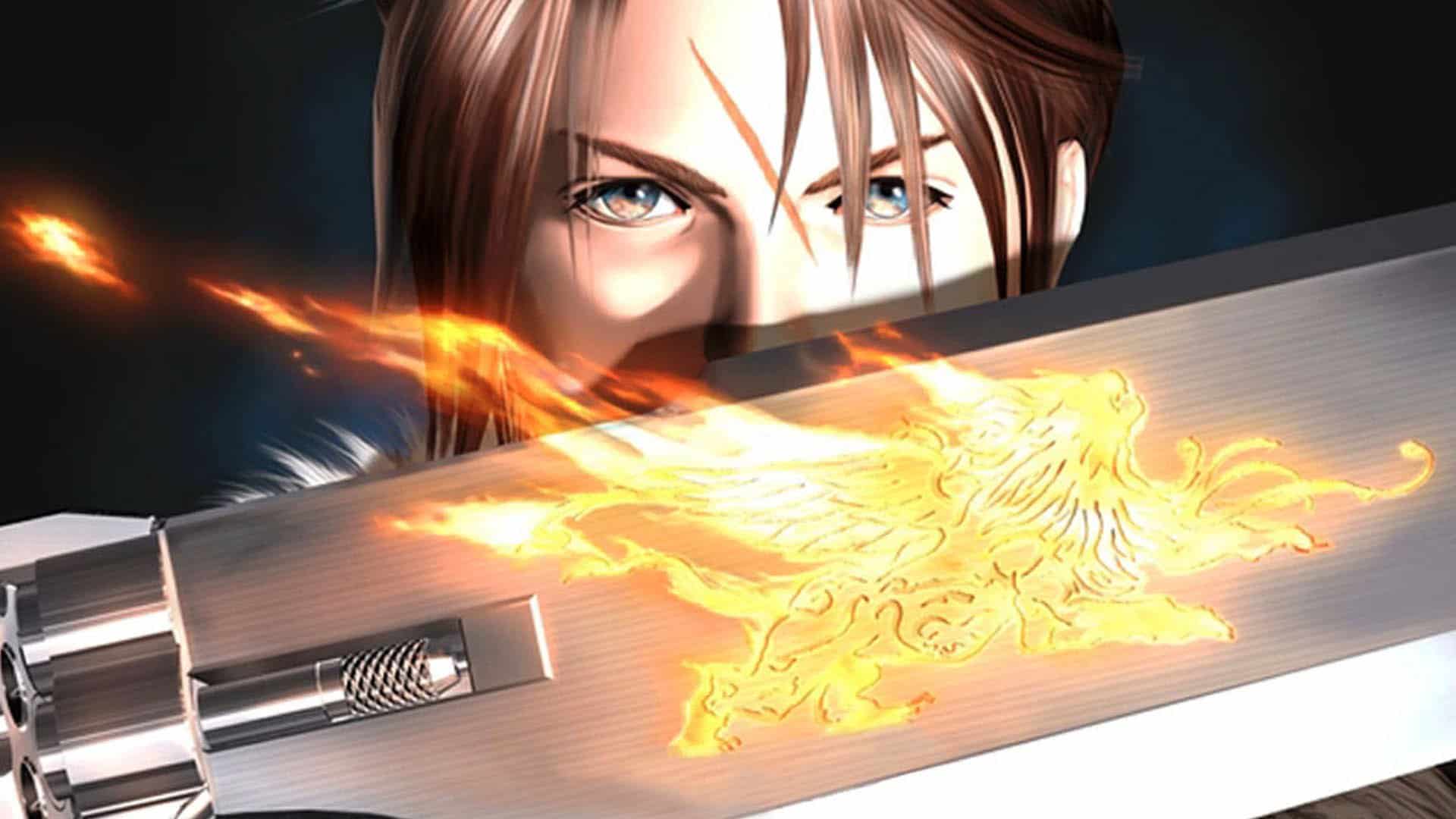 What started as a last-ditch effort to stay afloat, has, in turn, changed into a multi-billion dollar franchise with more than fifteen titles below its belt. The series has seen fifteen mainline releases with several spin-offs, and even more re-releases. The curious factoid, however, is that all spin-offs, adaptations, and countless re-releases have always been missing one crucial title: Final Fantasy VIII. Now Square Enix wants to fix this glaring omission by bringing Final Fantasy VIII Remastered to the world.

Square announced Final Fantasy VIII Remastered during the Square Enix E3 2019 keynote. The company unveiled the game amidst a slew of trailers and acknowledged how fans may have waited a tiny bit too long for it. Fortunately, it seems the wait was worth it since the game is now being remastered with all the features you would expect from a modern-day remaster – a perfect twentieth anniversary present for fans.

What is Final Fantasy VIII anyway?

Final Fantasy VIII is the eighth standalone Final Fantasy title in the series. It was released on PlayStation in 1999 and featured groundbreaking graphics; built upon the newly established graphical prowess of Final Fantasy VII. Final Fantasy VIII was the first game in the franchise to take place in a much more modern universe, complete with vehicles, trains, modern weaponry and modern aesthetic.

Final Fantasy VIII is largely told from the perspective of seventeen-year-old Squall Leonhart. He is a student at Balamb Garden, a school for fledgeling mercenaries called SeeD who take on private and/or militarised contracts around the world for countless clients. The game begins in the morning before the SeeD exam. The first act of the game revolves around one of the most elaborate SeeD contracts Balamb has ever seen, and eventually devolves into an adventure around the world to save the world from an evil witch who wants to destroy space and time.

Along the way, Squall and friends get help from ancient forces called Guardian Forces (GFs), huge elemental creatures that give the squad special abilities and powerful attacks when equipped; and are an immense help during battles when summoned. Players have to rely on items to augment their characters, and magic (drawn from Draw Points) to augment their stats for use in battle.

How do you play Final Fantasy VIII Remastered?

Final Fantasy VIII is unlike the other Final Fantasy titles released before it, yet it is still very much a Final Fantasy title. As such, players can expect to see the usual motifs and gameplay elements that made the Final Fantasy franchise famous in the first place: Squad-based mechanics that revolve around turn-based combat, open-world exploration, and a deep narrative story.

The story, in particular, revolves around identity, being, and finding ones-self in an ever-changing world. It takes place over months, as this group of coming-of-age young adults slowly realise how they relate to one another, and what their roles are in the grander scheme of things. The story also revolves around three mysterious men, who feature in the dreams of all the children. The mystery of who these men are, and how they relate to Squall and his friends, serves as beautiful plot twists throughout the narrative.

Together, Squall and his squad need to travel vast distances, explore dungeons, visit exotic locales, and infiltrate military bases. The game features an open-world, with multiple continents and islands to be explored at leisure (once the means to do so have been unlocked). When entering the overworld, the camera pans out and reveals open plains, forests, mountains, and seas that cannot be traversed until later in the game. The player model turns into a smaller version of what can be seen throughout the game, and random monsters can attack players at any moment.

While battles are normal turn-based affairs, they rely heavily on player input, especially in Squall’s case. Squall wields a gun blade. As such, players need to pull the trigger at the correct time to do critical damage. Getting the timing right is a real challenge at first, but you get used to it really fast. Other characters feature different mechanics during battle. Irvine Kinneas, for instance, wields a firearm that uses different bullets. It is up to players to cycle through the ammunition and deal with the appropriate damage.

Magic plays a big part throughout all aspects of the game. As you explore, you will come across various Draw Points housing magic. Drawing from these points will net the player with magic of a certain type. Once accumulated, it is up to the player to then Junction the magic to player stats. Junction is the act of locking magic to character stats. It is up to the player to figure out what kinds of magic to junction to which stats (pro tip: curative magic does well on vitality and health; while offensive magic helps to boost attack and speed). In addition, players also need to assign Guardian Forces (GF) to different players. Whichever GF they have equipped, will not only enhance the character’s stats, but also act as a summonable entity within any battle.

Beyond exploration, battles, and junctioning, Final Fantasy VIII also requires players to master a side game called Triple Triad. Triple Triad is a card game where you have to battle other players and take over their cards with superior monster cards of your own. Winning a match nets you a choice of any opposing card used (and turned) during the match. It is a neat little side game that will let you explore every nook and cranny of the overworld in order to find Triad masters.

What is new in Final Fantasy VIII Remastered?

It must be noted that, while this is a new release, it is still a re-release of an older title. It is also a remaster and not a remake. In other words, the game still resembles the original PlayStation and PC releases. As such, it will not feature brand-new, revolutionary graphics and assets. Instead, Final Fantasy VIII Remastered will feature a much-needed facelift, complete with fancy new, current-generation textures, reworked models, and refreshed sound.

The Final Fantasy VIII Remastered version also comes with fancy new revolving menus, characters, weapons, and enemy models. Objects in the game are true 3D models, as opposed to 2D models textured to look 3D. Menus are sharpened and updated with a new font to make it look crisp and clear on any 1080p screen, while colours have been updated to be cleaner and bolder.

Players who feel like they have played too much Final Fantasy VIII in the past, or those who just want to experience the story once more without a lot of the grind, are also being serviced by Square Enix. Final Fantasy VIII Remastered features an option to speed everything up by a factor of three, meaning that you can get through text boxes and animation at three times the pace. There are also toggles to max out character stats, and unlocks for all abilities and junctions right from the start. There is also a toggle that turns off all timed aspects in the game. This removes the timer from the SeeD test at the start of the game, and other timers that come up throughout. While these are technical cheats, they will allow players to breeze through the story.

When is Final Fantasy VIII Remastered coming and where can I get it?

Final Fantasy VIII Remastered is releasing on 3 September 2019. While that may seem much sooner than we had anticipated, it must be noted that fans have waited decades for it. 3 September is the global release for all regional versions of the game, including all platforms that the game is releasing on.

With that said, the platforms Final Fantasy VIII Remastered is currently slated for are Microsoft Windows, Xbox One, PlayStation 4, and Nintendo Switch. There are no plans to bring the game to Google Stadia yet, but it is likely only a matter of time.

Current pre-order pricing is set at R319 or your regional equivalent, but we assume that pricing will cap out at R400 after release (similar to the Final Fantasy X/X2 Remastered releases).

Final Fantasy VIII is a wonderful title, and I am ecstatic that the game is finally getting remastered. Beyond exploring the world and seeing the squad back in action after all these years, I am most looking forward to collecting all those pesky optional Guardian Forces and Triad Cards again.