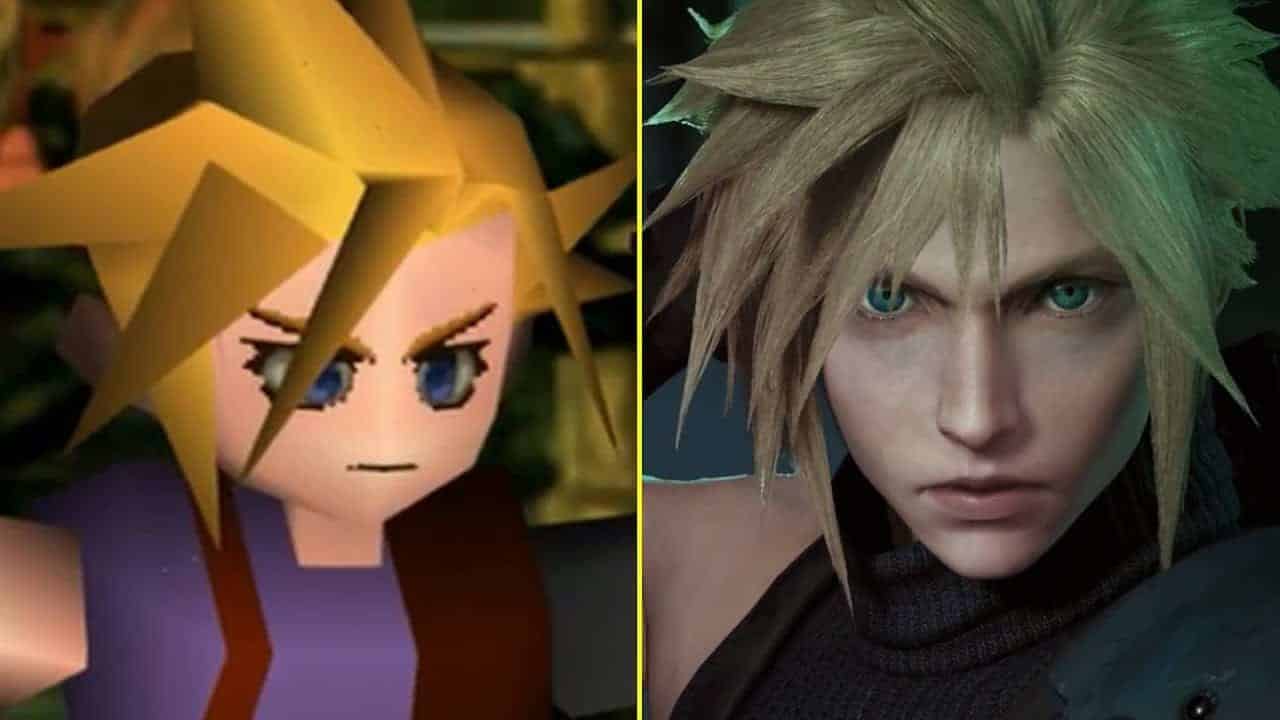 The Final Fantasy VII Remake must be one of the most highly sought after titles this decade. For years, fans have clamoured for a decent remake, which, around five years ago, had finally been set in motion. Now almost half a decade on, Square Enix has finally revealed gameplay footage of the game, and at first glance it seems like a completely different game! However, as a few side-by-side comparisons will show, the game actually looks just as familiar as it does different.

While details are still very scarce on the upcoming Final Fantasy VII remake, one thing is certain: fans will get to see a whole new take on the legendary title. Square Enix is adamant that the new “episodic” take on the remake will allow them to explore aspects not even touched on in the first game. While the initial launch will only take place in Midgar, fans can expect to see incredibly familiar as well as brand-new scenes. The gameplay footage that Square released, for instance, showcases a number of familiar scenes, while also delving deeper into the in-depth changes that the Remake is bringing to the table.

Judging from the reveal gameplay, pretty much everything from combat, to exploration and even the world and the characters within it, have been reworked from the ground up. It literally does look like a brand-new game! However, did you notice that the boss battle above actually seemed incredibly similar to the original? That is because it totally is! I have never seen a remake before that not only completely changes it up, but also manages to tap into what made the original special in the first place.

Square Enix is crafting a game that not only looks vastly different, but also incredibly familiar at the same time. While the gameplay reveal is still only limited to captures from the on-stage presentation, fans and media alike have started to play around with high bitrate versions of the normal trailer. In this trailer, fans are treated to key scenes from the “first game” in the new Final Fantasy VII Remake collection. It showcases scenes that never took place in the original Midgar sections, which proves how much Square is fleshing this first portion of the narrative out. Do not despair, however. The trailer also showcases a number of very familiar scenes. These range from the opening Aerith praying cutscene, all the way through to the ominous Shinra Tower reveal. It really is great. [Editors note: she will forever be Aeris to me]

Since the Final Fantasy VII Remake trailer was released, many fans have taken it upon themselves to compare key shots from the original game with the new remake. The similarities are stunning! In fact, they are so mind-bending that the remake suddenly looks a whole lot more like one of the highest budgets remasters this world has ever seen. That is until you compare actual scenes.

Comparison and technical gurus, Digital Foundry, recently gave the trailer the in-depth analysis that we have all been waiting for. In their video, the Remake gets put through its paces as they compare it to iconic scenes such as the pivotal conversation in Tifa’s Bar, and the scene where Aerith begs Cloud for help.

In terms of actual side-by-side comparisons, Digital Foundry wonderfully manages to capture this following the 2:52-minute mark. From here, they explain how faithful the Remake seems to be – from camera angles to cutscene timing, and even the look and feel of the footage! It is a strange thing to behold, considering how much has been added or rearranged.

If Digital Foundry’s Final Fantasy VII Remake side-by-side comparison is anything to go by, the game should be well worth the wait. Thankfully, Final Fantasy seems to be Square Enix’ mainstay. There is not a version of any of the many mainline entries, that has not received the love and attention that it needed before being released. In fact, Square Enix put so much effort into ports of their Final Fantasy titles, that Final Fantasy VIII, a game which had its source data lost, has never received a digital remaster until 2019. Now if only they can remake Final Fantasy IX too (a man can dream).