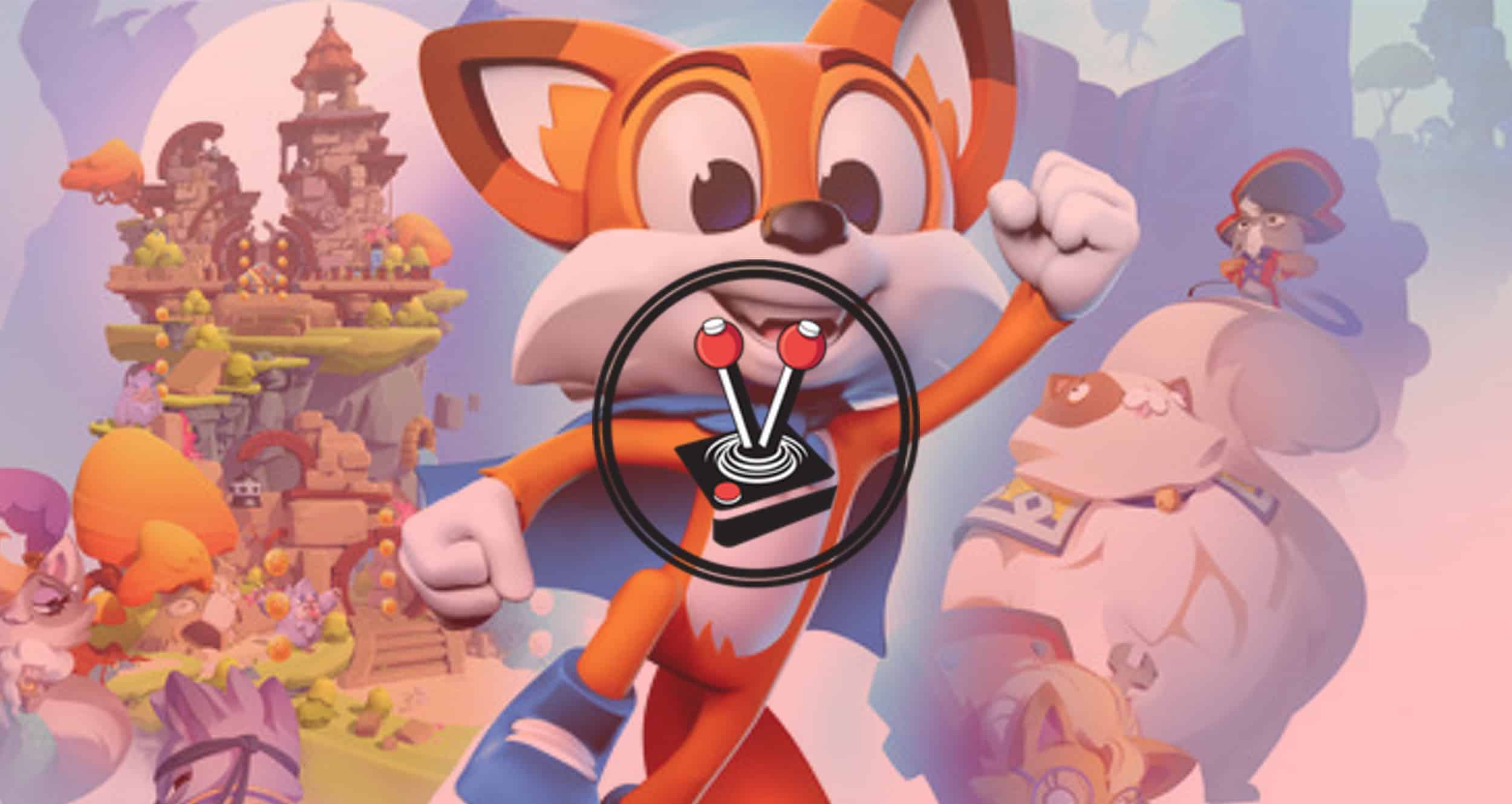 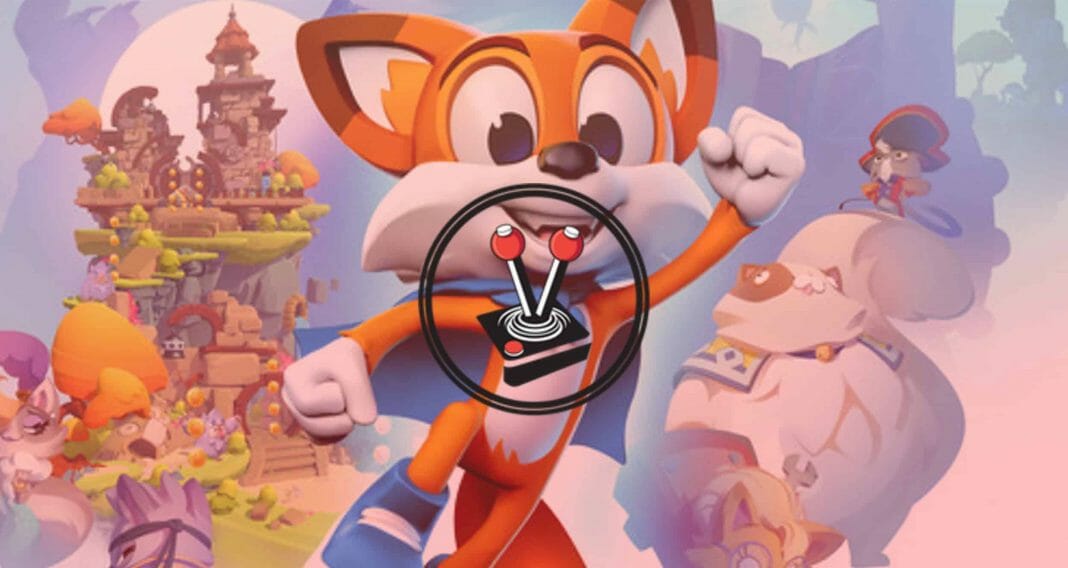 Super Lucky’s Tale (2017) might be a cute puzzle platformer with great characters and colourful settings. In reality, the game is let down by problems that quickly wear down the patience of even the most virtuous players. The reason for this is that it marries two very different, yet crucial technical aspects, in the most nightmarish way: bad camera angles and laggy input.

While it may not be the biggest problem with the game, it is, and I reiterate, crucial to so many of the game’s other facets. It makes simple tasks, like completing puzzles, exploring the world, and collecting game items, an absolute chore. Despite being a visual treat, it is also, quite frankly, boring. With that said, does the game have any redeeming qualities?

While the story is commendable in that it actually attempts to be a story, it must be noted that the focus on the game actually has very little connection to the narrative. In short, Lucky, a heroic little cape-doting fox, takes it upon himself to save the realms from the Kitty Litter. The strangely cartoonish evil gang is, as you might have guessed, run by a bunch of evil cats. Lucky has to save the four realms, all while helping his sister rescue the Book of Ages. That is really all there is to it. 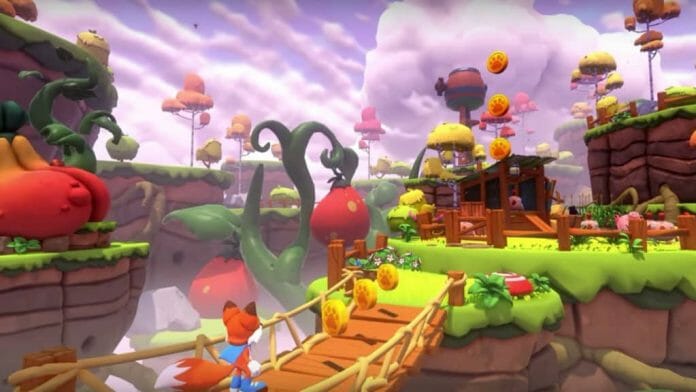 In short, Super Lucky’s Tale ended up feeling a heck of a lot like those Spyro games of old from the PlayStation 1 era. Except with way less story, and extremely simplified and generic characters.

For those who may not know, Super Lucky’s Tale was originally conceived as a virtual reality title for the Oculus Rift. For a title that started out as a Virtual reality (VR) adventure, I must admit that it ported over fairly well to a more ‘traditional’ games console At least as well as you can imagine, considering that it started off as a game that did not make use of traditional controllers and camera angles.

Across the game’s somewhat varied levels (which are rather nice) the player has to solve puzzles and collect four-leaf clovers. It is rather pretty, with its colourful settings and cutesy aesthetic. There are side-scrolling levels interspersed throughout the campaign, and they kept the 3D roaming levels fresh enough to go back to. In all levels, however, puzzles must be completed. Most of which were not very challenging. It is clear that the game is meant for children more than adults. There is nothing wrong with this, but it would have been nice to have had additional difficulty options for older gamers.

One of the best aspects of Super Lucky’s Tale is that it panged some heavy nostalgia vibes from 90s games like Spyro the Dragon and Croc: Legend of the Gobbos. The only difference being that those nostalgic games actually had decent gameplay. 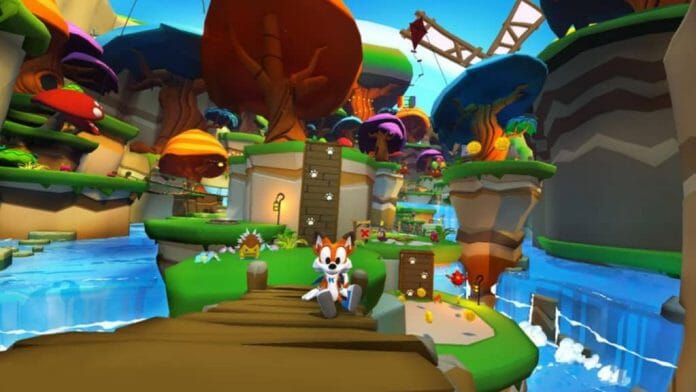 I am not sure if this is a feature of the game, or if this was a result of changing the game from being VR focussed to a traditional platformer, but the camera in Super Lucky’s Tale is immensely frustrating. Unlike most platformers that allow a full 360 degree rotating field of view, the camera in this game is locked to a strange 220 degree setting. As such, I was never able to look exactly where I wanted to. For the most part this was not a major issue, but it became a problem when you factors in the camera’s very limited movement is coupled with laggy input.

I must stress how sluggish it felt to do the actual platforming, even in the hub worlds where enemies were no problem, and dying should not have been an issue. Jumping, for instance, never felt precise. It was like Lucky kept jumping at different angles, or for different lengths. Similarly, I could never time the jumps right, especially after executing other movements, such as turning around rapidly or dodging one of those annoying flying enemies. All of this resulted in many unnecessary platforming mishaps. All of which occurred from laggy controls, making the game far more frustrating than it should have been.

With all that said and done, I must admit that I enjoyed figuring out where the optional levels and hidden secrets were scattered throughout the levels. Most of them had nothing to do with puzzles in the traditional sense. The collectables, which are split into coins, gems, letters, and clovers, are found throughout all of the levels. Four-leaf-clovers, the most important of the lot, are rewarded to the player at the end of a stage. Additionally, collecting 300 coins would also net you a clover; while letters that spell Lucky are rewarded for finding the previously mentioned secrets. This is what I wanted throughout the entire game: rewards for delving deeper into the levels. For finding all the switches, and hidden little nooks and crannies. Alas, even that started getting old as my frustration grew. Suffice it to say, the game will give you enough clovers to carry on with each mission, just by playing through it without looking around.

As smooth as a Fox could be [Performance]

Even with the aforementioned frustrations, I must say that the game ran like a dream. Besides input lag, and a frustrating camera, it was nice not to have to wait forever for levels to load. Similarly, I am pretty sure that I never had a single frame drop, even on the original Xbox One that I played the game on.

Super Lucky’s Tale runs at a full high-resolution, and a smooth, yet capped, 30-frames-per second on Xbox One. It is also advertised to run at 4K resolution with a 60-frame-per-second cap on Xbox One X (I can confirm this is the case, as it looked great on Hans‘ X). Regardless of the system you play it on, the game looks good. 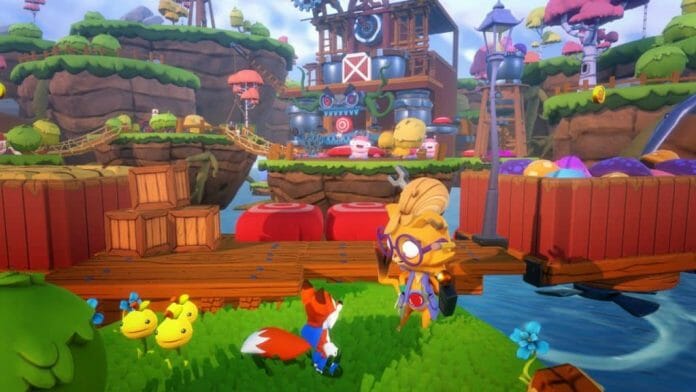 I never noticed any weird aliasing or jagged edges, and I also did not witness any bad loads or stutters. The game is also an Xbox Play Anywhere title, which means that it is also available on PC for those who purchase it digitally. The PC version allows for all kinds of resolutions and even an unlocked framerate.

I am convinced that developers Playful Corp. poured much attention to detail into the game’s various versions. If only the same rung true for controls.

Tale too long; Fox did not read [Conclusion]

I really wanted to like this game, and I suspect that is where its biggest problems lie. Despite the game’s issues, it did give me a few hours of good, harmless fun. Just as long as I was in a particularly good mood and did not mind fiddling with the wonky camera.

Ultimately, the game is hindered a lot by the camera and laggy controls. Both make the gameplay unpredictable, and unpredictable is certainly not a good thing when tasked with making time specific and precision controlled movements throughout a level.

Super Lucky’s Tale did run like a dream, and loading times were short. I had no issues with frame drops, and the game really did look pretty cool – the visuals are easily the strongest aspect of this game.

It is strange to see a game as cutesy as this in a world dominated by hero shooters, battle royales, and first-person corridor gunners. Yet, it is a sorely forgotten genre that has the potential to be great. At its core, Super Lucky’s Tale is a puzzle platformer. To that end, it did not live up to what it should have been: a fun and engaging puzzle platformer. Rather, it simply gives more ammo to the school of thought that platformers no longer have a place in the world, and that is a crying shame.