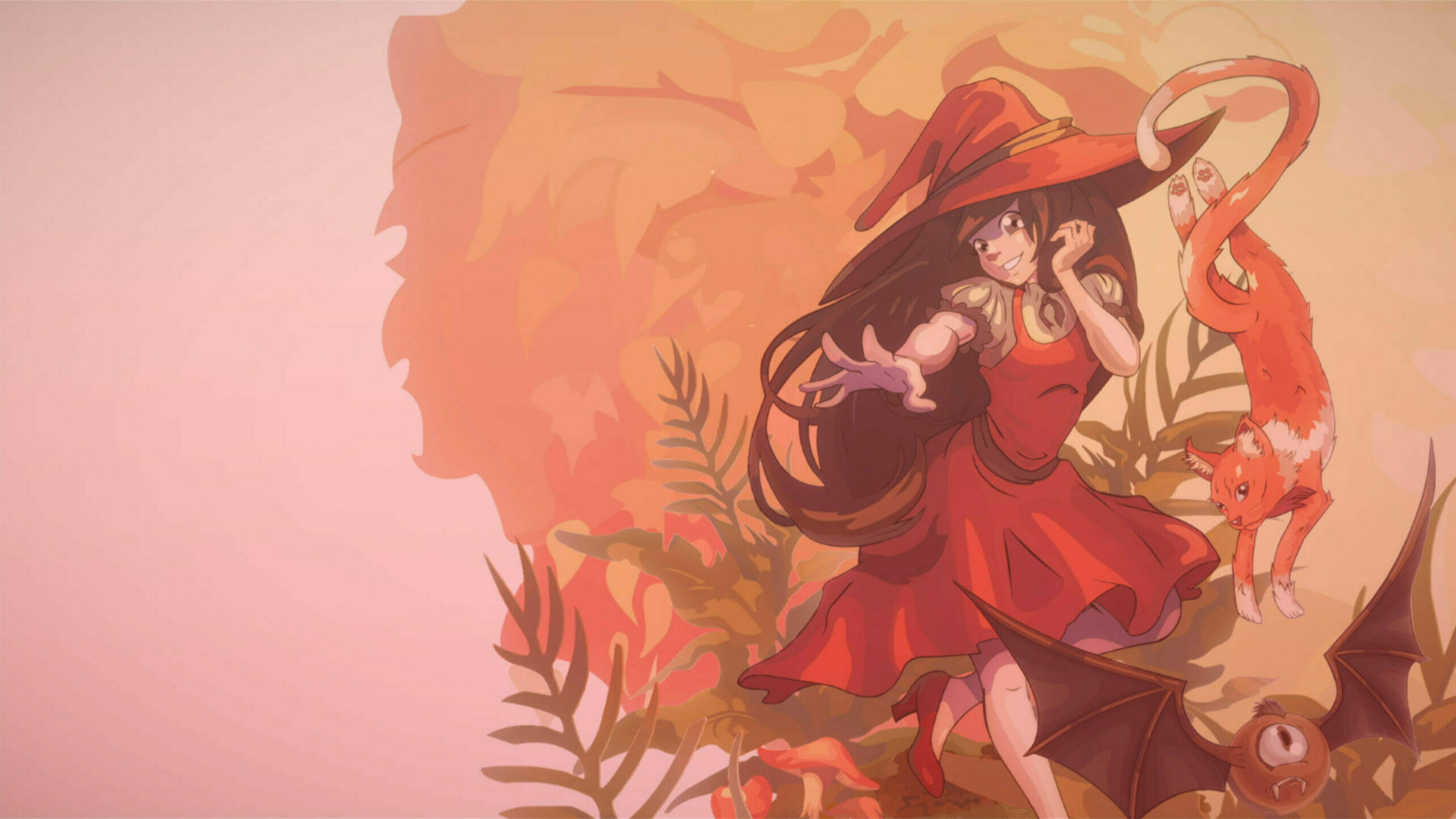 The Metroidvania genre is filled with a plethora of heavy hitting classics. Whether those are genre namesakes like Super Metroid (1994) and Castlevania Symphony of the Night (1997), or newer icons such as Hollow Knight (2017), Dead Cells (2018) and Ori and the Will of the Wisps (2020), there is a constant barrage of evolutionary and innovative gameplay keeping the genre healthy. While not wanting for new and innovative gameplay, it must be noted how the Metroidvania genre has plateaued in terms of narrative. As great as any of the aforementioned titles are, all of them share a common theme: otherness; fantasy and science-fiction governed narratives where players explore new alien worlds. Catmaze, however, stands out as a catalyst of change.

In Catmaze, players get to walk in the shoes of Alesta, a young heroine sorceress who carries her emotions on her sleeves. The story begins with the search for special greens that might cure her mother’s ailments, but quickly spirals into an epic platforming adventure spanning many stages. While expansive, it must be noted how the story is fairly simple in nature. It is presented via text-based cutscenes, and players will find new characters introduced in short intervals.

Since the narrative is heavily based on Slavic mythology and fairytales, players will be hard pressed to grow accustomed to many of the characters presented. Every character, however, serves a particular purpose in telling a part of a grand story, weaving in-and-out, the intricacies of an epic adventure and the fairytale world in which the game is set.

Slavic mythology is one of the rarer backdrops featured in interactive media, making it challenging for both the developers, and players, to find a happy common middleground between what is based on written accord, and what has wholly been utilised to enhance the game’s creative potential. The result does not compound confusion, however, and instead serves as a pleasant and magical backdrop through which a very relatable and grounded story takes place.

Catmaze is a 2D action platformer by design, and as such, follows many of the overarching genre tropes. Players will explore a large map with various stages and many secret areas or areas with future progress gated behind special abilities or items only found later. There are also items and collectibles that increase health and mana, and a quick and easy map functionality allowing players to track their progress through the huge map.

Considering its unique mythological backdrop, players can expect to find a lot of animalistic themes, as well as actual animals that can be caught or asked for help. The game calls them familiars; bats, hedgehogs, and more, aiding Alesta on her journey. These familiars help grow Alesta’s arsenal and range of abilities throughout the game. These abilities sometimes take up a lot of mana, but fortunately enemies drop them often enough not to become a massive challenge. Coins, which are also dropped, can be used to purchase potions and temporary buffs if players seem to have hit particularly challenging bits.

Amulets, on the other hand, are essentially hidden collectibles acting as permanent buffs, provided players can collect the right number of white orbs to activate them. While permanent, these amulets lose “charges” every time Alesta is hit by an enemy. Thankfully gaining back enough white orbs is as easy as a breeze, though the additional strategy and mobility these amulets encourage is a nice reprieve from the rest of the game’s simplicity. The game does not feature any difficulty options or modifiers either, making it an as-is experience where different areas have their own locked difficulty spikes.

Similarly, the game does not hold your hand when it comes to progression. It trusts in players to figure out where to go as they unlock new abilities and remember where those abilities were needed in earlier locations. This kind of gameplay is appreciated, but acts as a double edged sword for gamers who want more of a drop-in-drop-out experience. Thankfully, Catmaze is fairly pretty in its execution.

Everything in the game is presented in blocky pixel art. While the aesthetic is limited in nature, attention to detail reigns supreme. Everything from shadowed and sunburnt foliage, through to ambient fauna, are represented faithfully within the fantastical stages in Catmaze. Things like birds, while taking up no more than four blocks on the screen, can be observed flying through tree canopies, while lanterns, candles, and dim moonlight beautifully reveal the faintest slivers of light in pitch black caverns. Slavic colours also govern the colour grading while level design itself remains fairly simple and intuitive.

Catmaze can be described as a fairly simple 2D action platformer befitting its genre. It features all the correct tropes and design aspects, and it has just the right amount of challenge to keep things interesting. The Slavic mythological backdrop of the game most assuredly aids in keeping the game unique in presentation; making it feel more like a fairytale video game than “just another” Metroidvana title. While not exactly innovative, it acts as a truly enjoyable experience – which is what matters most.