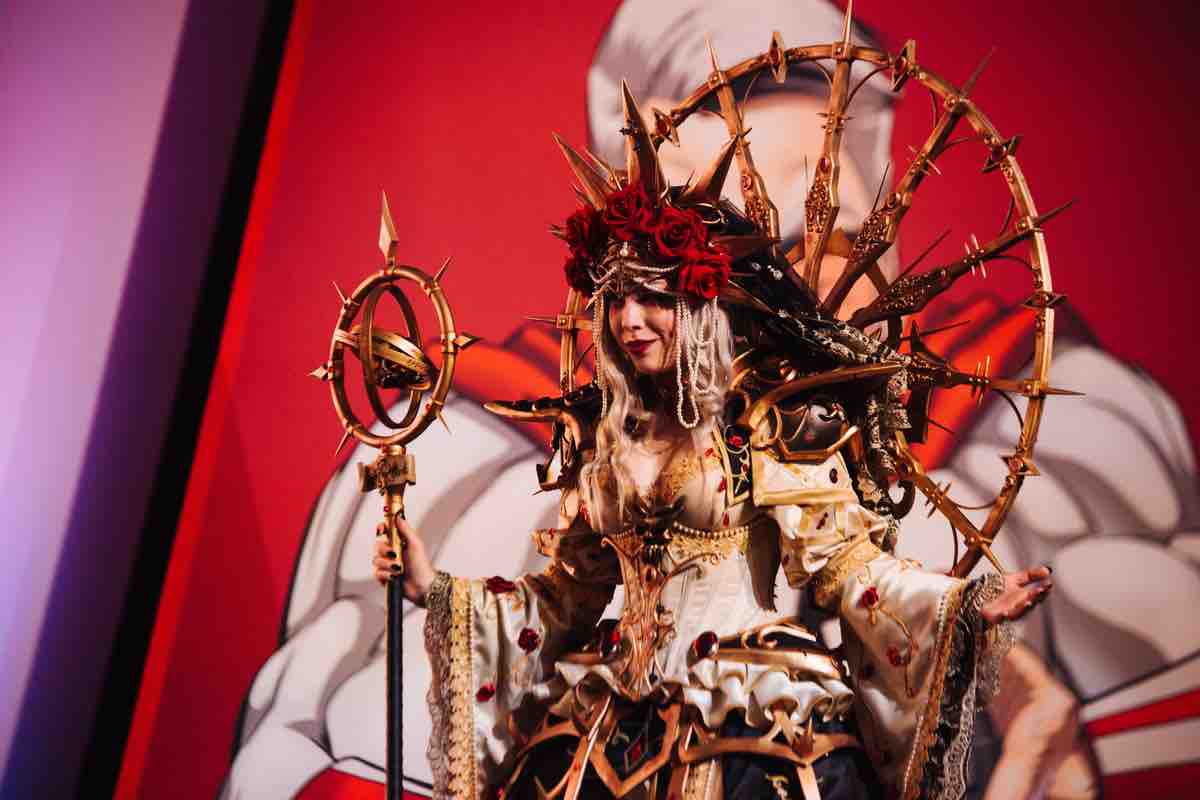 Since the first Con in 2018, Comic Con Africa has worked consistently to grow and elevate the local cosplay community and show the rest of the world what African cosplayers are capable of. In 2019, the Comic Con Africa Cosplay Champ Jinxie Cosplay brought home the Global Championships of Cosplay Crown after placing first at C2E2 in Chicago. What a moment! So whether you’re just starting your cosplay journey, if you’re a long-time member of the community, or if you want to make it all the way to the top, there’s no better partner in cosplay than Comic Con Africa.

Throughout 2022’s four day festival taking place at the Johannesburg Expo Centre from 22 to 25 September, Comic Con Africa will be the ultimate hub for cosplayers. There will be competitions for all levels of competitors, workshops with local and international artists, Q&As, panels, meet-ups, and loads of exhibitors excited to show you their latest supplies and services.

Hall 6 will be the meeting place, the mecca, and the not-to-be-missed destination for cosplayers and cosplay fans alike, and will host the various cosplay competitions. Entries are still open, and currently more than 60 contestants will look to wow the judges in an attempt to earn a top spot in the various competitions.

The most anticipated event of week will be The Championship of Cosplay competition, which will find Africa’s best professional cosplayer and reward them with the prize of a lifetime. This competition forms part of the global ‘Quest for the Crown’ circuit that celebrates the very best in cosplay from all over the world. The African Champion of Cosplay will represent Comic Con Africa and the whole continent at the Cosplay Central Crown Championships to be held later this year in London.

The not-to-be-missed final will be hosted on the Comic Con Africa main stage on 25 September at 2pm. Even for those who aren’t cosplayers, watching the dedication and creativity of these passionate and talented contestants will amaze spectators and could spark a dream and a passion that will see yet another local champion bringing the global Championship crown back to South Africa.

Judging these incredible talents will be Leon Chiro, Elizabeth Rage, and Taryn Cosplay – three esteemed international judges, and globally-recognised cosplayers – who will be visiting Comic Con Africa this year.

Leon Chiro is a professional wrestling champion, cosplayer, model, and influencer from Italy. He has done official collaborations as a professional cosplayer and influencer for such renowned video game companies as Ubisoft (Assassin’s Creed and Watch Dogs), Bandai Namco (All Might My Hero One’s Justice), Square Enix (Gladiolus in Final Fantasy XV), and Capcom (who gave him an honorary mention for his portrayal of Dante). Additionally, he has featured as a special guest at more than 130 events in 60 countries.

Hailing from Los Angeles, Elizabeth Rage is a professional cosplayer and costume designer. She officially represented the character of Nemesis for the pre-launch campaign for Tower of Fantasy at Anime Expo 2022. Elizabeth has previously won several significant awards such as the Grand Prize at the D23 ‘Mousequerade’ in 2015. She appeared on many viral videos on YouTube where she debuted in 2012 collecting 200 million+ views on her performances. Elizabeth also worked as costume designer for the channel Man At Arms and videogame companies such as Cygames (for Shadowverse), Ubisoft (For Honor) and Bandai Namco (Soulcalibur).

The Italian artist and actor Taryn is a professional cosplayer, performer, promotional model, and international cosplayer. He travels the world as a cosplayer, spreading the passion, positivity, and art of cosplay to every country, urging everyone to never give up and to believe in themselves. He works with several important brands in the geek and anime industry, including miHoYo, crunchyroll, and Bandai Namco. Genshin Impact, Cyberpunk 2077, The Witcher, Castlevania, and many others have featured him as a performer.

Beyond the captivating competition for the professionals, Casual Cosplayers and Kids will occupy their own special place at Comic Con Africa. The Casual Cosplay Competition is for those who use a store-bought cosplay, or elevate an everyday outfit to look like their favourite character. The competition will run daily on the main stage at 1pm. Those interested should sign up on the day at Cosplay Central in Hall 6.

Beyond the competitions held at the festival, Comic Con Africa stimulates the cosplay community throughout the year, encouraging creatives to hone their craft by offering access to workshops to develop their skills, engagement platforms to broaden their thinking, and the chance to grow with guidance from international guests, who will be present at the show. In addition, this allows novices, intermediate and master cosplayers to meet and engage with internationally renewed judges during the competition and learn from their expertise.

Cosplay is not only for those who compete. “We dare all our visitors at this year’s event to try cosplay for themselves. Just imagine one weekend of the year where everybody gets to show off their skill to tens of thousands of visitors, make new friends in their community, meet up with professionals and photographers, and spend every second of the day living, breathing, and sharing their passion. Thanks to our incredible cosplay sponsors and partners for making our vision a reality. They are Brother, GES, Disney+, The Waifu Store, Funko, Gammatek, Razer, Roccat, PDP Gaming, Turtle Beach, OTL Technologies and Anime Culture South Africa. We look forward to seeing families enjoy in the fun of this wonderful activity,” says Rene Staack, Comic Con Africa’s General Manager.

So what are you waiting for? Get started on your Comic Con Africa 2022 cosplay today! Or even enter the CCA Championship of Cosplay here: https://comicconafrica.co.za/comic-con-africa-championship-of-cosplay/ When it comes to cosplay with CCA, everyone wins.