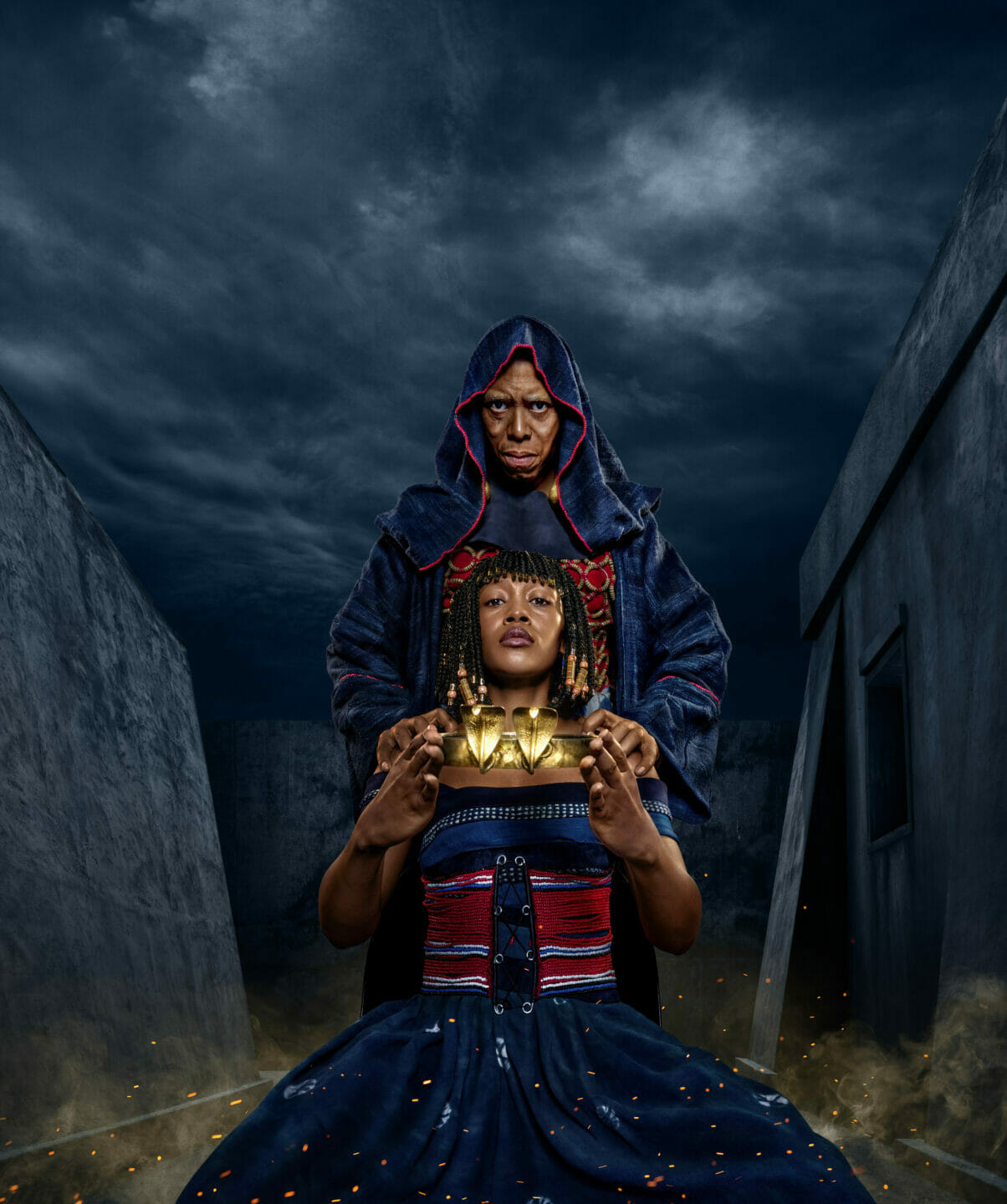 Showmax has just dropped the trailer for Blood Psalms, an epic, action-packed African fantasy series. A co-production with CANAL+, Blood Psalms will premiere on Showmax on 28 September 2022, with new episodes every Wednesday for 11 weeks. Blood Psalms will also have its world premiere in Cape Town on Wednesday, 24 August 2022 as the opening night screening at MIP Africa, part of FAME Week Africa.

In Ancient Africa, one thousand years after the fall of Atlantis, the five surviving houses of Kemet find themselves beset with fears of a prophesied end of days.

Bokang Phelane (Keeping Score, Isidingo) has the role of a lifetime as Princess Zazi, a fiercely determined teenage princess who must navigate primordial curses, long-standing ancestral vendettas, and her inexplicable role as the damning prophecy’s chief harbinger.

“Blood Psalms is the biggest and most ambitious series we’ve ever made, completely unlike any other African series you’ve ever seen,” says Nomsa Philiso, executive head: programming at MultiChoice. “We couldn’t be more excited.”

“This show was specifically created as a reimagining of ourselves as Africans, as an answer to ‘Who are we?’,” says Phelane. “It’s done in a very entertaining way, with a lot of drama and action.”

“Blood Psalms is a heck of a ride and it’s never been done before,” says Magano. “For Africans, mostly, our history goes back 200 years. That’s what we’ve been given, and it’s from Western perspectives. We really don’t know anything much about our own history. So Blood Psalms poses a lot of questions and will give people a lot to think about.”

“I got to witness the greats at work,” says Phelane. “The cast is filled with actors who have inspired me from quite early on in my life to pursue acting.”

“One thing that was brilliant for us was no use of an English word, whatsoever,” says Maake kaNcube. “That was a big challenge even for a lot of actors, you know, because most of the time we are used to performing and doing a mixture of African languages and English. This time, the dialogue is purely in African languages.”

Show creators Layla Swart and Jahmil X.T. Qubeka from Yellowbone Entertainment were responsible for South Africa’s 2020 Oscar entry, Knuckle City. The boxing drama was the most awarded film at the 2020 SAFTAs, where it took home six awards, including Best Director for Qubeka and Best Editor for Swart, and the most nominated film at the 2020 AMAAs, where it won two awards.

Qubeka is a Peabody Award-winning filmmaker, whose films have screened at Toronto, Rotterdam, London, and Pusan, among other festivals, and earned good reviews everywhere from Guardian to Variety, Globe and Mail to The Hollywood Reporter. His films include Of Good Report, which won seven SAFTAs, including Best Film and Best Director; South African Oscar entry Sew The Winter To My Skin, which won three SAFTAs, including Best Film, as well as the Artistic Achievement Prize at Luxor African Film Festival; and Stillborn, which won the SAFTA for Best Short Film.

“What we’re trying to do is to reclaim the continent’s history from an African perspective,” says Swart. “Blood Psalms draws from elements of a multitude of African mythologies and looks at various different tribes in Season 1 – the Akachi, the Uchawi, the Ku’ua, the Chini, and Great Nziwemabwe – as they migrated south from Kemet, which is now Egypt, and formed their cultures.”

Shot in the Eastern Cape, Gauteng and North West provinces, Blood Psalms is a Showmax Original in partnership with CANAL+, the Department of Trade, Industry and Competition, the Eastern Cape Economic Development Corporation (ECDC) and the MultiChoice Innovation Fund, which supports South Africa’s most exciting entrepreneurs, enabling them to bring their unique, innovative and creative business ideas to life.