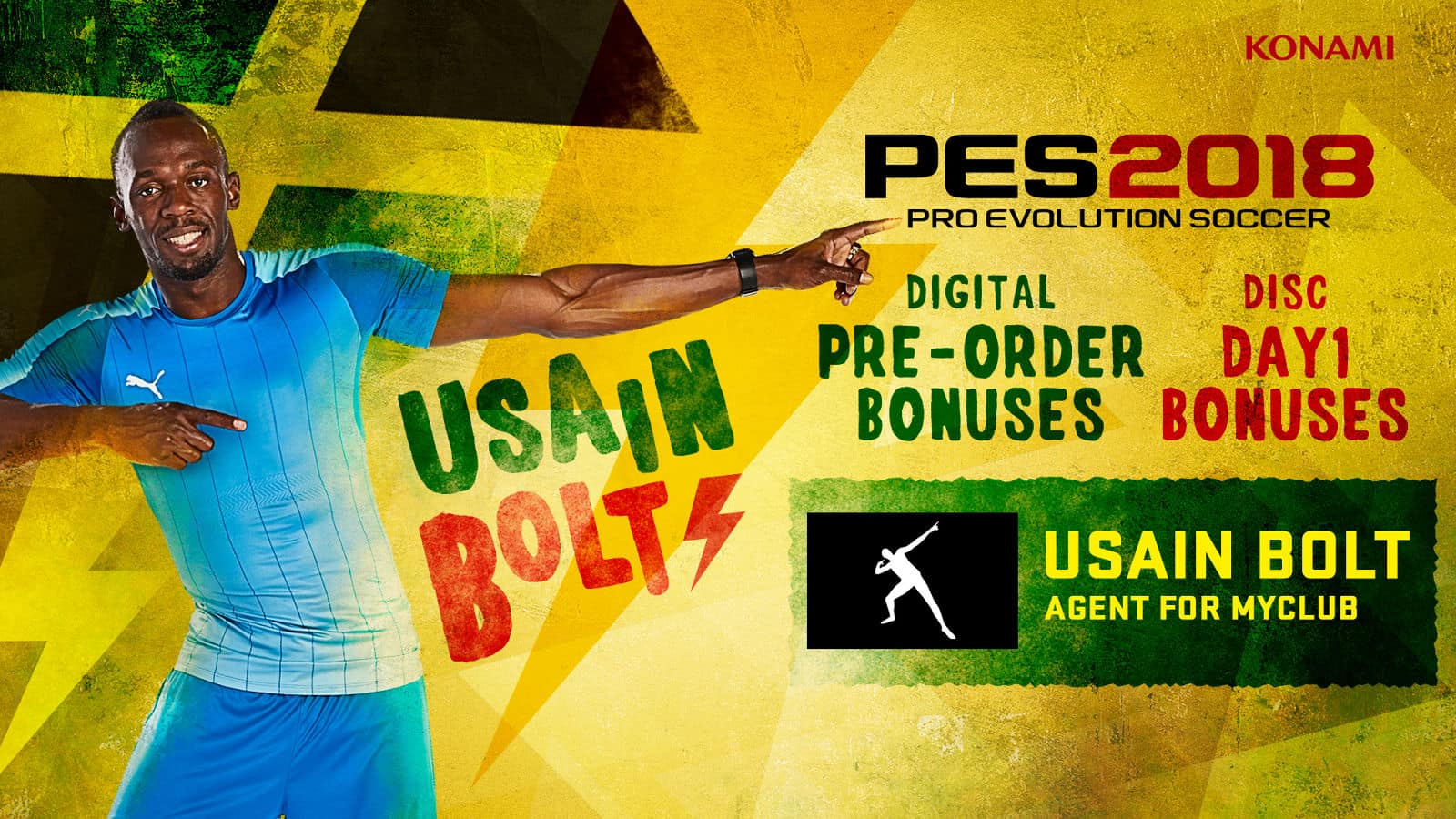 It is no surprise that Pro Evolution Soccer would get a celebrity to endorse the latest game in the franchise. What is a surprise however, is that Konami has announced none other than Usain Bolt as the face of the game. That is right, a non-soccer player is endorsing a soccer game.

Usain Bolt is known worldwide as the “fastest man alive”. He is a decorated athlete and Olympic sprinter. Konami has revealed that Bolt will be the official PES 2018 ambassador. The Jamaican sprinter has agreed to an endorsement deal that will allow gamers who pre-order PES 2018 to play as himself in the game game (pre-order exclusive downloadable content). Players will be able to unlock him as an in-game player exclusively for myClub, an online mode for the game.

The announcement was made right after Usain Bolt completed his last 100-meter race in his home country, Jamaica. It seems that the real life speedster has set his sights on video games now that he has officially retired. Usain Bolt holds the honour of becoming the very first non-footballer to be a PES ambassador. That is a big win for the gaming industry, and a sad loss for actual sports.

Senior director of brand and business development for Konami, Jonas Lysgaard, said that Bolt’s enthusiasm and willingness to be in the game was “fantastic”. He continued to say that the company looks forward to those who pre-order the game being able to “[unleash] his pace on unsuspecting defences” when the game releases.