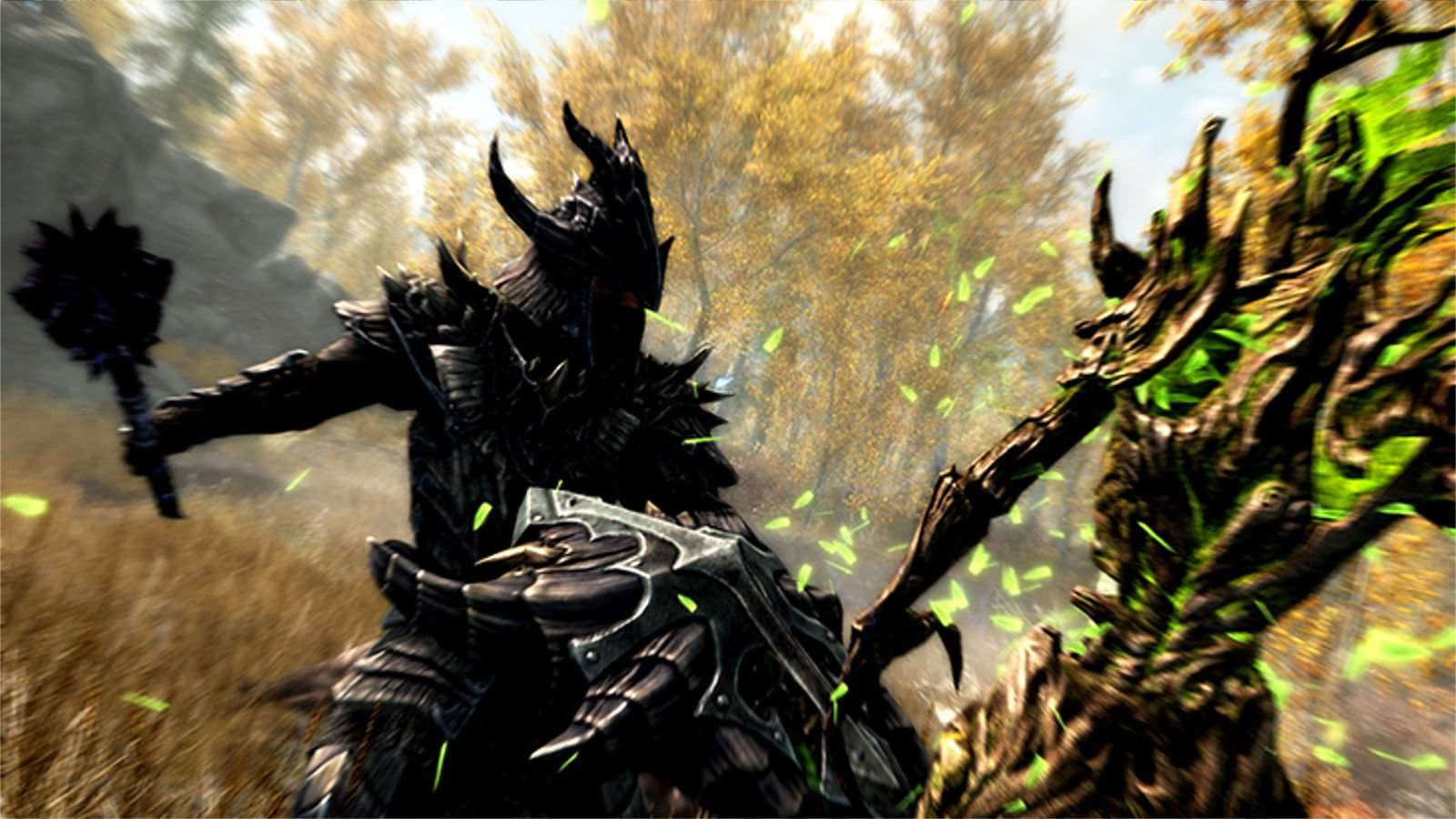 If there is any game that I have to name that I have wasted more time in than mindlessly watching Let’s Plays at night, it is Skyrim. The fifth installment in The Elder Scrolls franchise was met with critical acclaim the moment it released.

Its story followed quite a number of years after The Elder Scrolls IV: Oblivion, which was a major success in its own right. Skyrim’s announcement trailer boasted huge, deadly dragons; a slew of otherworldly magics; and overhauled gameplay mechanics from its outdated predecessor. It also boasted an unimaginable number of voice-over work, and featured overhauled player models and assets. Out went the blocky and oddly-round assets from Oblivion, and in came the much more photorealistic, multi-polygonal assets from Skyrim.

It truly was, and remains to this day, one of the best fantasy RPGs that I have ever played. Now, a brand new version is coming out with graphical enhancements, updated assets, and all of the previously released downloadable content in one package. Why is Bethesda doing this? Releasing a title that can be modded to look just as good — if not better?

The thing is: Skyrim is such an incredible experience that everyone needs to play it at least once. There are kids out there today that have only just begun their new gaming endeavours. As such, they likely only own today’s newer consoles, such as the PlayStation 4 and Xbox One. For that reason alone, one can already see why. The real reason, however, goes much deeper than that.

Skyrim is a truly special game. To prove what this means, Bethesda released a blog post that looks into what exactly it is, that makes Skyrim so great.

A look at Arena, Daggerfall, and Morrowind

In the post, blog contributor for Bethesda, Joe Rybicki, retells the story of Skyrim and what ultimately led Bethesda to create such a great game. “It’s kind of a big deal” the posts reads, “But in order to understand why it’s such a big deal, we need to take a look at where Skyrim came from”.

The post delves into the first of the firsts. The Eldest of the Elder Scrolls. The post tells the story of The Elder Scrolls: Arena and how reviewers had no idea what to make of it. 1994 was a year where RPGs were more action than narrative. As such, this strange RPG appeared to be an action-oriented RPG, but it had more. A helluva lot more. The Elder Scrolls: Arena boasted 60 major cities with no limitations on exploration. It had a vast number of assets, which was weird for a Role Playing Game to have at the time.

The post then goes on to praise Arena for what it was and how it ultimately birthed Daggerfall and Morrowind some time later. Both titles had their own reasons to shine. Daggerfall boasted deeper, more integrated combat and an even larger explorable area than Arena. Morrowind took things even further and added a better crafting experience and incredible detail.

“But these three releases were just the first boulders preceding an avalanche. In the midst of a perfect storm of technological advances and a boom in the gaming population, 2006 brought the release of The Elder Scrolls IV: Oblivion”.

Ascending to new heights, a look at Oblivion and Skyrim

Oblivion was Bethesda’s first ever Game of the Year title. It was an immersive experience with modding capabilities that Morrowind could only dream of. It looked good and had one of the most intriguing narratives of them all. I remember getting completely lost on my first go at the game. It took me a good three hours just to realise that I had a marker goal (and a map) that guided me. Then came Skyrim.

Skyrim was one of those games that I played once through, and then again right after. It is such an engrossing game and I still cannot get enough of it. The fact is, however, that I constantly miss Oblivion. Skyrim may be the better game, and it may tout a more immersive story and better graphics. Despite this, I played Oblivion during a pivotal part of my childhood. As such, it has engraved itself in a very special place in my psyche. It is one of the only games in the franchise that I have not modded as extensively as any of the others.

I do admit to a major bias in this regard, but anyone can agree that Oblivion had a much better grasp at integrated quests. The quests had a way of entangling you in such a sense that you always felt a need to complete them. It had an excellent faction system that was far superior to Skyrim. It had a central city, The Imperial City, and it was populated by residents unlike any in Skyrim. Sure, Skyrim had bigger population numbers, but it never felt as engrossing as Oblivion.

There is no doubt that Skyrim delivered on expectations. After all, it is based on the already-great Morrowind and Oblivion. However, Skyrim honestly did so much more. Skyrim delivered an incredible singleplayer journey with a great narrative. It also delivered outstanding single player exploration. Joe mentions both in his post. He then continues to mention the loveable characters and the unforgettable sights and locales.

The post goes on to mention the incredible Downloadable Content and Expansions that released afterwards. Hearthfire introduced the ability to build your own house and to adopt a child. Dawnguard allowed you to either join a failing faction of vampire hunters or join the vampire covens and become their Lord. Dragonborn, which was the last and biggest expansion, brought players back to a small part of Morrowind. 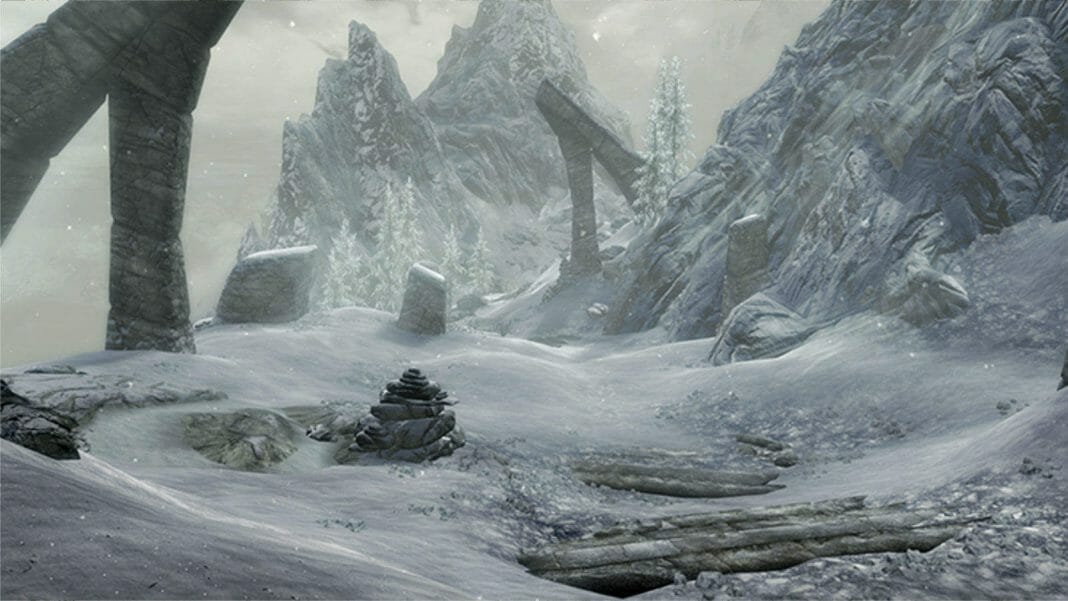 Mods: the wonderful gift that keeps on giving

What the post does not mention, however, is the incredible modding community. I entered the modding scene with Morrowind — even made a couple of texture mods myself. This is where I grew to appreciate how fans, and players, could create wonderful additions and modifications for The Elder Scrolls games, at no cost to anyone wanting to divulge in them.

Just this past month, an incredibly large total overhaul mod released for Skyrim. It changes just about every single thing in the base game and adds an entirely new narrative and lore. So far I have only played around 10 hours of it, and I am completely engrossed and fascinated.

Skyrim is the first Elder Scrolls title that I have actively been modding with huge mods. These often add entire new landmasses, completely overhauled quests, or even overhauled gameplay mechanics. The modding communities on The Elder Scrolls games are so much more vibrant and varied than that of Fallout, it is scary.

It really is special then

Overall, Joe Rybicki’s post goes over the extremely successful facts of the Elder Scrolls franchise. The Elder Scrolls: Arena, Daggerfall, Morrowind, Oblivion, and Skyrim, are incredible games. It is pretty safe to say that they are all special to anyone who has played them.

The Elder Scrolls V: Skyrim Special Edition will release on 28 October on the PlayStation 4, Xbox One and PC for $59.99 USD (~R900 ZAR). Owners of the entire collection of Skyrim titles and DLC on PC will receive the Special Edition for free.