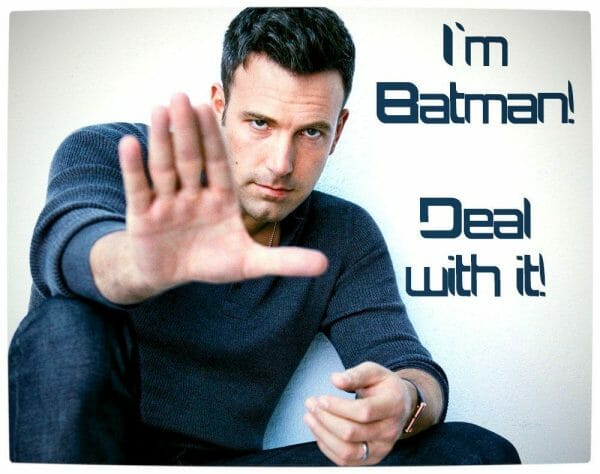 Since Warner Brothers Studios announced that Ben Affleck would be the new Batman in the planned sequel to Zack Snyder’s Man of Steel, geeks across the Internet have been raging. The news of Ben Affleck taking up the role of Batman has not been positive. Naturally, Affleck has held his tongue on the situation, but that has now changed.

During a televised interview on Late Night with Jimmy Fallon, Affleck spoke candidly about being cast as the new caped crusader and the subsequent backlash. In fact, he reveals that he had an idea of what to expect because the studio executives had told him that the announcement process “can be trying”.

As such, studio representatives helped prime Affleck for the backlash by showing him examples of the kinds of angry online comments from past casting announcements (most likely from the days of Kilmer, Clooney and Bale) to give him a taste of what was to come.

Affleck is, of course, taking the backlash in his stride and is not taking the criticism to heart, citing “You can’t say ‘kill him!’ before the movie comes out. It doesn’t matter what people think then, it matters when you see the movie”.

I, for one, think that Affleck will be a great Batman and I look forward to his and Zack Snyder’s interpretation of the ‘Dark Knight’.

The full interview with Fallon is embedded below. Affleck starts discussing the Batman announcement at around the 1:55 mark.