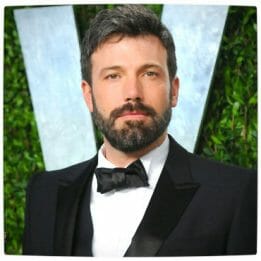 The 41-year-old Oscar winning actor has signed up to portray the caped crusader in the recently revealed, yet unnamed, Superman and Batman movie that is scheduled for release in July of 2015.

The new movie will be directed by filmmaker Zach Snyder and will see Affleck star alongside Man of Steel stars Amy Adams, Diane Lane and Henry Cavill; each of whom will reprise their recent roles as Louis Lane, Martha Kent and Superman, respectively.

I think the casting news is great. Ben Affleck is a talented, good looking and award winning actor who I think will be able to pull off the subtle nuances of an older Batman who has seen and been through it all. Of course I say this with total disregard to his portrayal of Daredevil because, as Twitter will never let you forget, everyone makes mistakes.

What do you think, is Affleck the right choice for the new Batman? Vote below and feel free to voice your opinion in the comments.