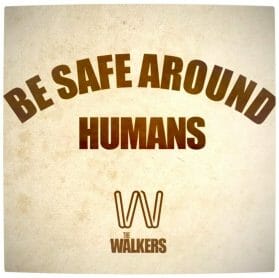 The viral success of the Melbourne Metro’s latest advertising campaign, ‘Dumb Ways to Die‘, has spawned a slew of parodic content. Unfortunately, parodies are a dime a dozen, especially with regards to content that has gone viral, so it can become difficult to weed out the good parodies from the bad. The NASA themed ‘Cool Things to Find’, for example, is a brilliant parodic rendition of the original advertisement.

The Walking Dumb is most likely one of the more interesting and well made parodies of ‘Dumb Ways to Die‘. The material adopts a point of view from that of the many zombies which feature in The Walking Dead television series and offers constructive advice to zombies who might come in contact with Rick and the gang.