Welcome to PlayStation Week and the dawn of the next-generation of console video gaming.

To initiate the impending launch of the PlayStation 4, Sony have started to seed additional news and information about the console and its games.

The most recent reveal is an official unboxing of the PlayStation 4 console, which is completely over the top and appears to be heavily influenced by Daft Punk – so much so in fact, that it features the exact same set featured in this promo for Random Access Memories[yframe url=’http://www.youtube.com/watch?v=Rr12u1tk_rM’] Hide. 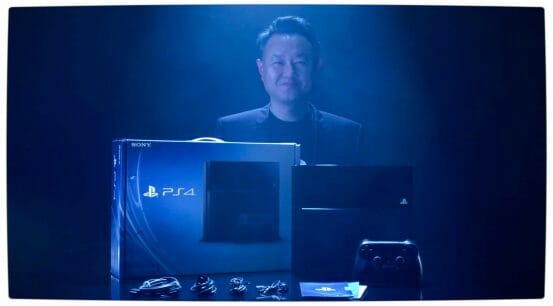 The video features gloves, blinding lights, lots of close-ups and, best of all, it features Shuhei Yoshida, Sony President of Worldwide Studios.

Without a doubt, this unboxing video is a clear attempt at upstaging the ‘ordinary’, but very informative, ‘unboxing’ video of the Microsoft Xbox One that was posted by Larry “Major Nelson” Hryb.