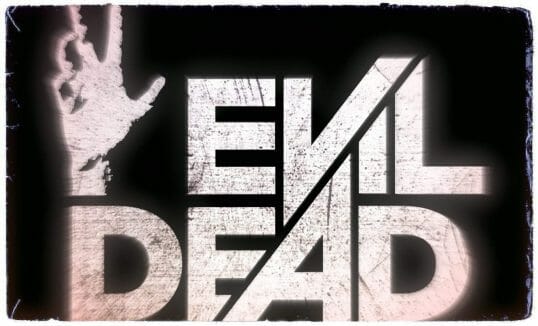 The highly anticipated rebirth of Sam Raimi’s infamous and low-budget horror film, “The Evil Dead“, is only six months away from release.

In order to promote the film and in tandem with the spirit of Halloween, Sony Pictures have released the ‘red band’ trailer for Evil Dead – the first in a trilogy that reboots “The Evil Dead” franchise.

News sites are a buzz with how ‘graphic’, ‘terrifying’ and down right ‘gruesome and disgusting’ the trailer is. I must be honest, it did not frighten me in the least. In fact, I actually laughed aloud when the demonic seamstress slit her tongue in half with a hunting knife. Of course, that is not to say that I will not end up screaming like a school girl and hiding behind my popcorn when I eventually do watch it in cinema. 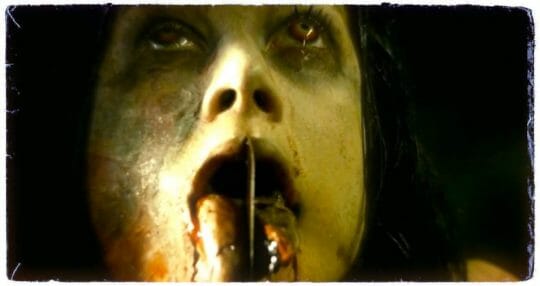 The remake of the series that earned the title of “The Ultimate Experience In Grueling Terror”, stars Jane Levy (Suburgatory) and a host of other young ‘unknown’ actors that will, no doubt, be unrecognisably mutilated and murdered in increasingly horrendous and imaginative ways.

The premise of Evil Dead focusses on a group of young friends and what happens to them when they discover a ‘Book of the Dead’ while visiting a remote cabin in the woods. You would think that young adults would know better than to get into scenarios like this, but they evidently still do not. As a result the youngsters unknowingly, yet predictably, read the book and unleash horrific demonic forces which cause them to ‘fight for their lives’.

The trailer premiered at the recent New York Comic Con and has been included below for your viewing pleasure. Let us know what you think of the trailer with a comment below this post.

The Evil Dead will launch globally in April of 2013.