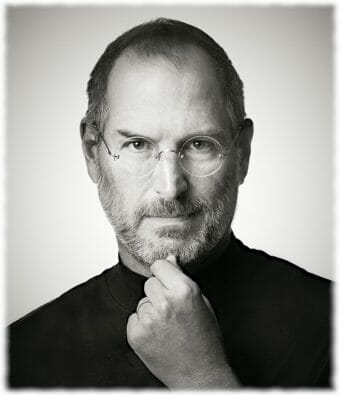 Steve Jobs, the visionary leader and innovator of Apple Incorporated, has died.

Steven Paul Jobs passed away on Wednesday 5th October 2011 after a long and intense battle with a rare form of pancreatic cancer. He was only 56 years young. We mourn the passing of this insatiably brilliant man, and offer our sincerest condolences to his family.

In 2004, Steve Jobs was diagnosed with cancer. Despite this personal setback, he valiantly continued at the helm of Apple for seven more years. Through his guidance and forethought, Jobs singlehandedly revolutionised the music, film and technology industries.

Under the direction of Jobs, Apple grew to become the world’s most valuable brand and technology based company through breakthrough hits such as the iPod, iPhone and iPad.

The influence Steve Jobs has had on the world of technology and entertainment is immeasurable. His spectacular ideas, attention to detail and vision have fundamentally changed the way we consume and produce media today. His visionary leadership allowed for the creation of products that have redefined the genre of consumer design and functionality. Jobs helped evolve the way music is sold, how movies are made, where stories are told, how games are played and where work can be done. His impact and influence on the world will be felt for generations to come.

Steve Jobs, you were and still are an inspiration to all. You will be missed by many and forgotten by none. Your legacy will forever live on in the company you so proudly believed in. May you rest in peace.

I have some very sad news to share with all of you. Steve passed away earlier today.

Apple has lost a visionary and creative genius, and the world has lost an amazing human being. Those of us who have been fortunate enough to know and work with Steve have lost a dear friend and an inspiring mentor. Steve leaves behind a company that only he could have built, and his spirit will forever be the foundation of Apple.

We are planning a celebration of Steve’s extraordinary life for Apple employees that will take place soon. If you would like to share your thoughts, memories and condolences in the interim, you can simply email [email protected]

No words can adequately express our sadness at Steve’s death or our gratitude for the opportunity to work with him. We will honor his memory by dedicating ourselves to continuing the work he loved so much.

Apple Board of Directors:

We are deeply saddened to announce that Steve Jobs passed away today.

Steve’s brilliance, passion and energy were the source of countless innovations that enrich and improve all of our lives. The world is immeasurably better because of Steve.

His greatest love was for his wife, Laurene, and his family. Our hearts go out to them and to all who were touched by his extraordinary gifts.

In his public life, Steve was known as a visionary; in his private life, he cherished his family. We are thankful to the many people who have shared their wishes and prayers during the last year of Steve’s illness; a website will be provided for those who wish to offer tributes and memories.

We are grateful for the support and kindness of those who share our feelings for Steve. We know many of you will mourn with us, and we ask that you respect our privacy during our time of grief.

I’m truly saddened to learn of Steve Jobs’ death. Melinda and I extend our sincere condolences to his family and friends, and to everyone Steve has touched through his work.

Steve and I first met nearly 30 years ago, and have been colleagues, competitors and friends over the course of more than half our lives.

The world rarely sees someone who has had the profound impact Steve has had, the effects of which will be felt for many generations to come.

For those of us lucky enough to get to work with him, it’s been an insanely great honor. I will miss Steve immensely.

Michelle and I are saddened to learn of the passing of Steve Jobs. Steve was among the greatest of American innovators — brave enough to think differently, bold enough to believe he could change the world and talented enough to do it.

By building one of the planet’s most successful companies from his garage, he exemplified the spirit of American ingenuity. By making computers personal and putting the Internet in our pockets, he made the information revolution not only accessible, but intuitive and fun. And by turning his talents to storytelling, he has brought joy to millions of children and grown-ups alike. Steve was fond of saying that he lived every day like it was his last. Because he did, he transformed our lives, redefined entire industries and achieved one of the rarest feats in human history: He changed the way each of us sees the world.

The world has lost a visionary. And there may be no greater tribute to Steve’s success than the fact that much of the world learned of his passing on a device he invented. Michelle and I send our thoughts and prayers to Steve’s wife, Laurene, his family, and all those who loved him.