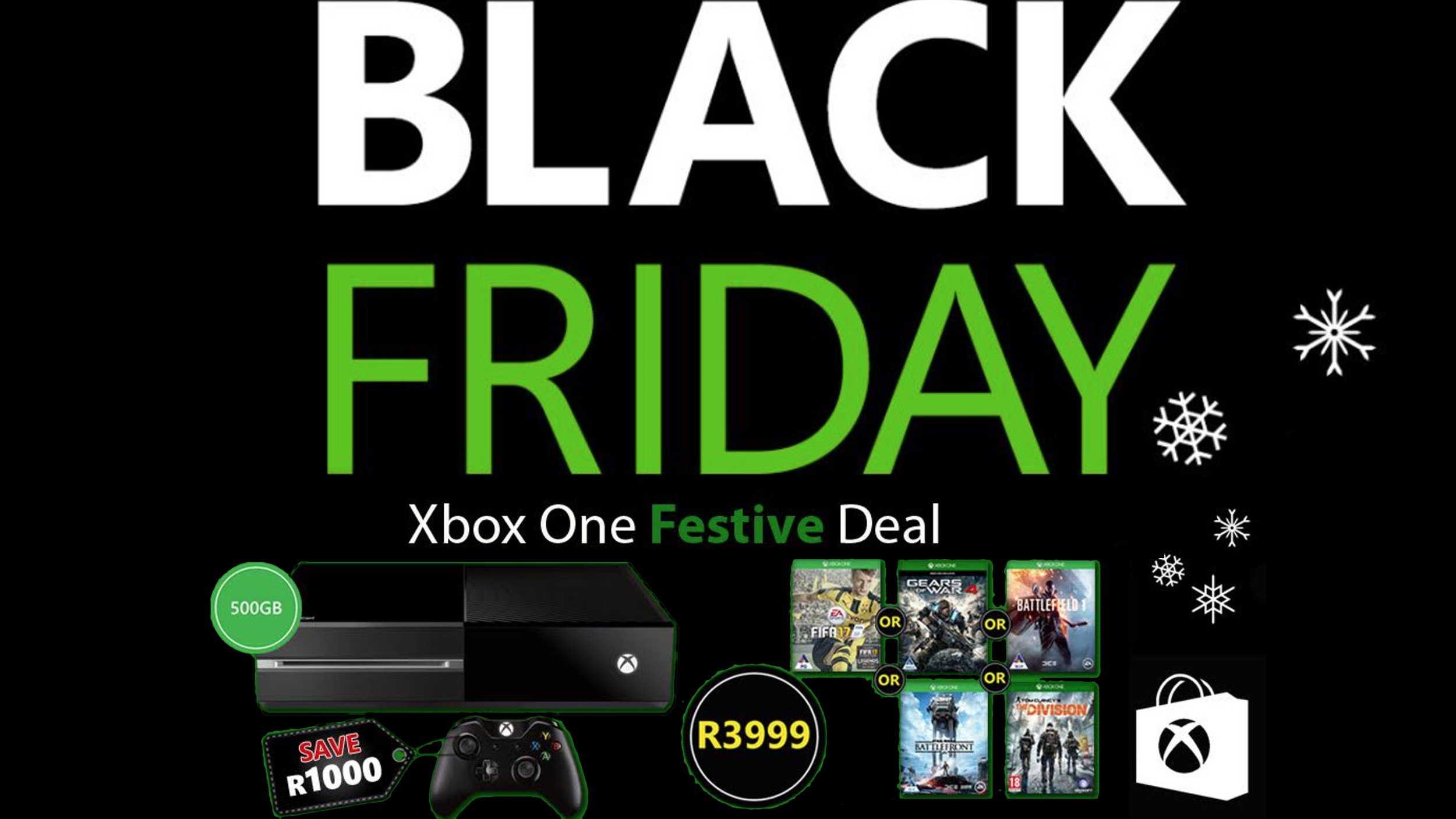 Black Friday may be over, but the deals just keep on coming! Xbox South Africa, together with Prima Interactive, have announced that their incredible Xbox One Black Friday deal is being extended until stock runs out! Now is as good a time as any to buy an Xbox One (unless you are waiting for the Xbox One S).

The deal would have originally lasted from Black Friday until Cyber Monday (25 – 28 November 2016). Now, however, the deal is extended until the end of the festive season. That is right, you can get an Xbox One 500 GB bundle, which includes a free game, for only R3,999!

The various bundles include a choice from the following games: FIFA 17, Gears of War 4, Battlefield 1, Star Wars: Battlefront, and Tom Clancy’s The Division. Similarly, there is also an Xbox One 1 TB bundle with any of the aforementioned games for just R4,999. All bundles are discounted off the normal retail price of R5,799, which makes it quite a steal. Perfect for Christmas!

Colin Baumgart, Consumer and Devices Sales Director for Xbox South Africa, stated that “Xbox would like to thank [their] loyal customers for their continued support”. He continued to explain that Xbox South Africa is giving back to all of their supporters this festive season by means of this extended sale.

“We also want to open up the Xbox experience to more gamers… our consoles help create alternate realities for people to immerse themselves in, and we want more South Africans to be able to feel the magic of these worlds”.

All of these deals are on a first-come-first-serve basis, and will only run while stocks last. With that said, if you failed to pick up a good Xbox One deal during ‘Black Friday’ weekend, then this is perfect for you. Moreover, Xbox South Africa has also confirmed that the same retailers who participated in the deal so far, will continue to do so. These retailers are: