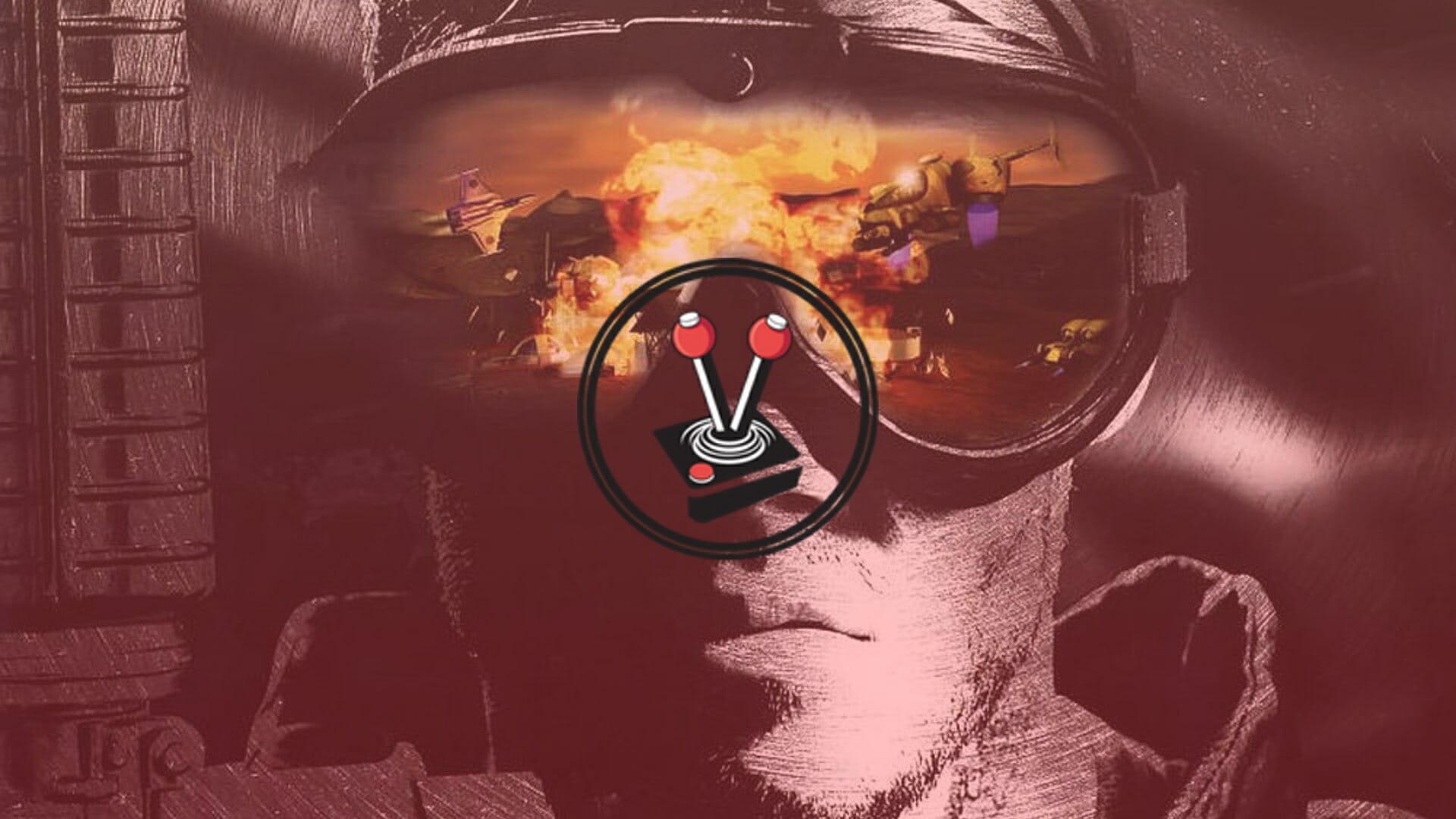 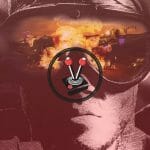 The Command & Conquer franchise is one of old, from a different era of gaming. Over a decade has passed since the last game in the series saw acclaim! While there may have been a couple of mobile titles, and free-to-play games that ultimately did not live long enough to see the light of day, Command & Conquer 4: Tiberium Twilight effectively left fans with much more than a sour taste. The game practically sealed the fate for the entire franchise. It was so bad, it even tarnished its sister franchise, Red Alert. Logically, the only way forward would be to rethink where the series was originally aiming to go. Electronic Arts, I am happy to announce, managed to do this with aplomb. The Command & Conquer Remastered Collection does what no other RTS Remaster has: it brings the best of a beloved franchise back to its roots, by polishing said roots and giving it the dues it deserves.

The drama surrounding Warcraft III: Reforged still resounds clearly through my mind as I sit here and stare at the screenshots I took for Command and Conquer. There are good ways to do something, and then there are great ways to do something. It is quite clear that Electronic Arts, along with developers Petroglyph Studios and Lemon Sky Studios, have poured their hearts and souls into remastering the first Command & Conquer and Red Alert games for a new era. From bringing back iconic maps, remastering both campaigns for both games, and re-recording their soundtracks to improve upon, as well as learn from, this is a remaster worthy of the title.

The Command & Conquer Remastered Collection opens up with a very pixelated splash screen, reminiscent of the original titles from the 90s. As soon as the music switches to a reorchestrated track, however, the screen flashes and suddenly the menus are clear and crisp, with beautiful bold colours and smooth PC master race approved smooth 60 frames-per-second animations. Beyond some aesthetic changes, both Command & Conquer and Red Alert have largely been left untouched. They play more or less how you remember them, with the exception of a few minor improvements and balancing changes here and there. You can even switch between a simulated original look (still widescreen and at your monitor’s native resolution), and the newly remastered look and feel at the touch of a button. For that reason alone, I firmly believe that the game essentially runs the original code underneath the bonnet, with a fresh lick of paint on top.

The result is a perfectly updated gameplay befitting the new age of video gaming, mixed with a wonderful sense of nostalgia via the music, aesthetic and overall play style. The only other remasters I am aware of which manage to pull this off so expertly, are the Age of Empires HD releases Microsoft published a few years back. Better still, the Command & Conquer Remastered Collection has mod support, high-quality pre-recorded voice-overs, and even refreshed and recut cutscenes all re-encoded with new subtitles and widescreen support. Both titles in the collection even feature all exclusives and limited releases featured in the console versions of the original. Needless to say, this is easily one of the best remasters I have ever had the pleasure of reviewing.

Just like later releases in the franchise, the Command & Conquer Remastered Collection features a fully functioning map editor; custom lobbies for multiplayer, and a matchmaking system that works better than those found in Electronic Arts‘ recent triple-A titles. There is also a functional ranked system for players who like to play very seriously! All of those features are complemented with a modern control interface, with keybindings that actually make sense, and you guessed it, more mod support!

I am of the opinion that the two games included in the package have been remastered on a per-pixel basis. Every map, every unit, and every texture seems to feature a remastered counterpart. Units like infantry feature double the textures they had before, while tanks now move smoothly over the battlefield, and ore/Tiberium looks even more shiny and/or dangerous than ever before. Naturally, this being a pixel-perfect remaster means that everything still features the same 90s jankiness that Command & Conquer fans of old would have grown accustomed to. Units still move on an 8-direction axis and cannot always look directly at whatever they are shooting, the way they did in future games. Similarly, fancy commands like Move Attack are still not featured in either of the two games on display. Sure, the argument would be that a remaster would benefit from the features many later games had baked into them, but at the end of the day, the developers wanted to be as true to the source as possible with the remaster. Personally, I think it works beautifully – leave those features for future Command & Conquer: Tiberian Sun and Red Alert 2 Remasters.

As a long time fan of the series, the Command & Conquer Remastered Collection is a sight to behold. Although it pulls heavily on the heart strings of nostalgia, it has been remastered in such a way that it is a perfect entry point for anyone who might be interested in a good real-time strategy title. Fan or not, these are timeless RTS experiences.

The Command & Conquer franchise laid its foundation with the titular game of the same name. Here, players witness the war between the United Nations stalwart force, the Global Defence Initiative (GDI), and a militant cult called The Brotherhood of Nod, led by one of the 90s most charismatic villains, Kane. The game was a roaring success and ultimately spawned a multitude of sequels. It also featured a spin-off called Command & Conquer Red Alert, which resulted in a sister franchise where time travel dictated a story of an alternate history world war that was won by Germany. Gamers should not expect modern levels of narrative development from these old titles, even so there is no denying how impactful their overarching narratives have become as their respective series grew to a close.

The very basic premises of these titles remains, along with the familiar gameplay of the original titles. With this in mind, Command & Conquer is a very futuristic take on a war between the GDI and Nod. Here, players have access to hovercrafts, fancy helicopters without actual rotors, and more. Red Alert, on the other hand, features inventions from Nikola Tesla, such as Tesla Coils, cold war inspired commandos and canine units that I, honestly, never used when given the option.

It has to be said that the very nature of the Command & Conquer Remastered Collection begets the very same wonky balance and jankiness featured in the original games. Just like how Petroglyph opted not to include certain elements from future games, the company also opted not to tweak the way certain units clearly trump others, and how certain build strategies practically break the game when you figure them out. This means that multiplayer matches can either go very well or very badly depending on how much experience your opponent has; while campaign missions and non-campaign Skirmishes almost always feel like they slant too much in the game’s favour when playing against artificial intelligence. Sure, both Petroglyph or Lemon Sky could balance the game to the standards of the later games in the franchise, but that would ultimately remove from the charm of the originals. In a way, the game is best left untouched in this regard. These balances are perfectly acceptable in my eyes and should be to anyone who ends up loving it as much as I do.

I have to admit I went into this review fully expecting to hate the Command & Conquer Remastered Collection. I am a devout believer in owning up to your mistakes and moving on. I would rather see a studio release new products that show how much they are willing to fix from previous titles, versus going back and regurgitating what has already come before. However, the very nature of this release is not a quick cash grab as I had initially thought. Instead, it is a very neat re-release of an age-old classic — two in fact — that spawned two sister franchises with millions of fans worldwide. It is a tasteful and masterful remaster that updates every single pixel of the originals in such a way that it feels new, while also showing its age. It is janky, and its ‘balance’ has been preserved to resemble the original Command & Conquer and Red Alert games from the 90s, but it gives me hope that, perhaps one day, we might get remasters like these for all the Tiberian and Red Alert franchise. The Command & Conquer Remastered Collection is a surprisingly great game that, with the added benefit of getting two for the price of one, also includes a bevvy of improvements, new support, and multiplayer options.