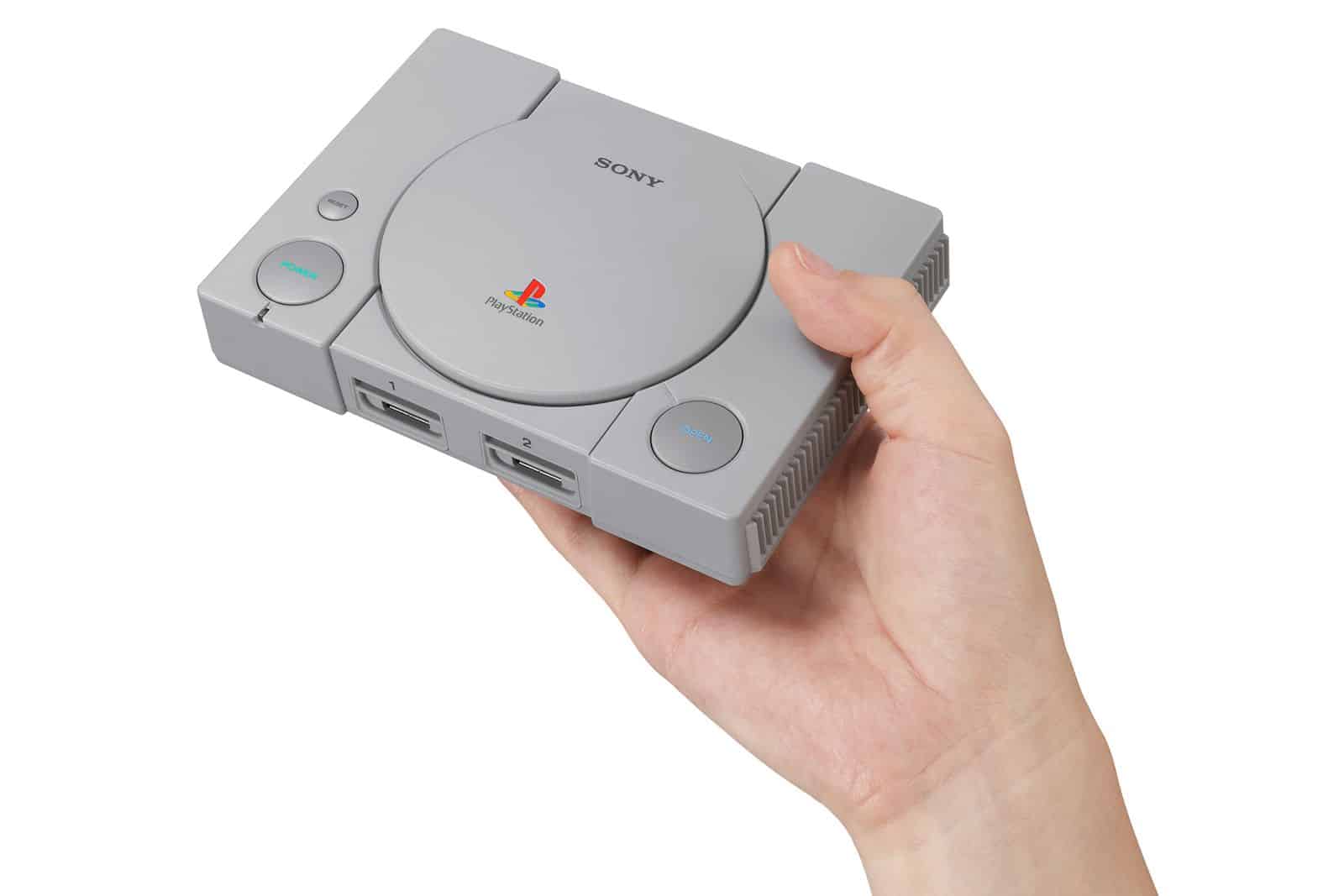 There is no denying that the original Sony PlayStation redefined what gamers should expect from video game consoles. It was compact, powerful and ushered in an entirely new era of 3D platforming. Genre defining games like Tomb Raider, Final Fantasy VII, Ridge Racer, Crash Bandicoot, Tekken 3, Metal Gear Solid and more, spearheaded the industry that we have today. With this nostalgia in mind, Sony is taking a page out of Nintendo and Sega’s most recent approach to backwards compatibility: miniaturising popular old consoles. As such, the company has announced the Sony PlayStation Classic; a miniature version of the original console with 20 pre-loaded games. 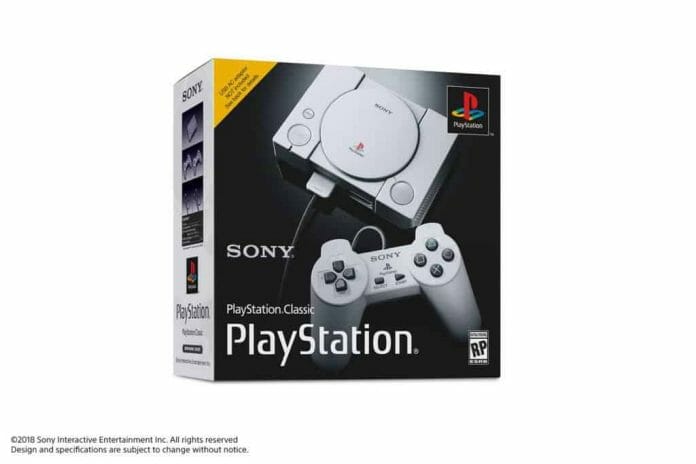 Similarly to the recently released Sega Mega Drive Mini and the Nintendo Entertainment System Mini, the ‘new’ Sony PlayStation Classic will come bundled with a selection of digital games. In this case, there will be 20 of them, of which Sony has announced the first five: Final Fantasy 7, Jumping Flash, R4: Ridge Racer Type 4, Tekken 3 and Wild Arms.

Accordingly, Sony says that “all of the pre-loaded games will be playable in their original format”. Hence why the mini console is also being bundled with two full sized Sony PlayStation Classic controllers – modelled after the original console’s gamepads. That means they do not vibrate and they do not have analogue sticks. After all, the Sony PlayStation Classic is channelling the 90s.

Although the miniature system shares the same look and feel of its original older brother, there are a few differences. For starters, it is about 45% smaller than the original. There are also only two ports on the back: HDMI for connecting to a television and micro-USB for power. Both cables are included, but a power adapter is not (I guess you could use your PlayStation 4 to power it?). There is also an additional plastic cover on the rear of the device, in the same spot as the original console’s parallel port. However, there is no word on what exactly is under the flap. If we are lucky, or more like wishful thinking, it could be an expandable memory port for digital downloads of other PS1 classics – but only time will tell.

In terms of the gamepads, they are wired and connect to the system by means of USB. The Sony PlayStation Classic also forgoes the original memory card slots (a missed opportunity, especially for people who still have their old cards) for an all new virtual memory card, which cannot be removed or expanded upon. It also features all of the same buttons as the original console, except now they perform slightly different functions.

Unlike the original PlayStation, the replica buttons on the Sony PlayStation Classic have unique functions: the Power Button does what you would expect (turns it on and off), the Open Button swaps ‘virtual discs’, and the Reset Button suspends the currently active game. Basically, a modern twist on some classic 90s limitations.

Overall, the Sony PlayStation Classic looks like a great system. It will most certainly pull on the nostalgic heart strings of gamers who grew up in the 90s. With that said, I cannot help but feel that this is a bit of a slap in the face for most PlayStation gamers, especially those who have been with the brand since its inception.

A far more rewarding prospect for loyal gamers is that of backwards compatibility: a topic that Microsoft has handled with absolute aplomb. Unlike both Nintendo and Sony, the Xbox franchise allows gamers who have stuck by the brand to play games from the original Xbox, all the way through to the Xbox One X. This allows loyal gamers to play past favourites, and newer gamers to retro-actively experience the birth of some of today’s most celebrated franchises. Rather than creating a new ‘retro console’ for resale, Microsoft is building a service and platform that allows games to be preserved over time. Not only is this a great way of ensuring that classics are not lost to the past, but it is also a fantastic way of rewarding loyal customers for sticking with the Xbox brand for so long. In my opinion, this is the route that Sony should be following, versus the Nintendo “let us use your nostalgia to make yet another quick buck” path to fulfilment.