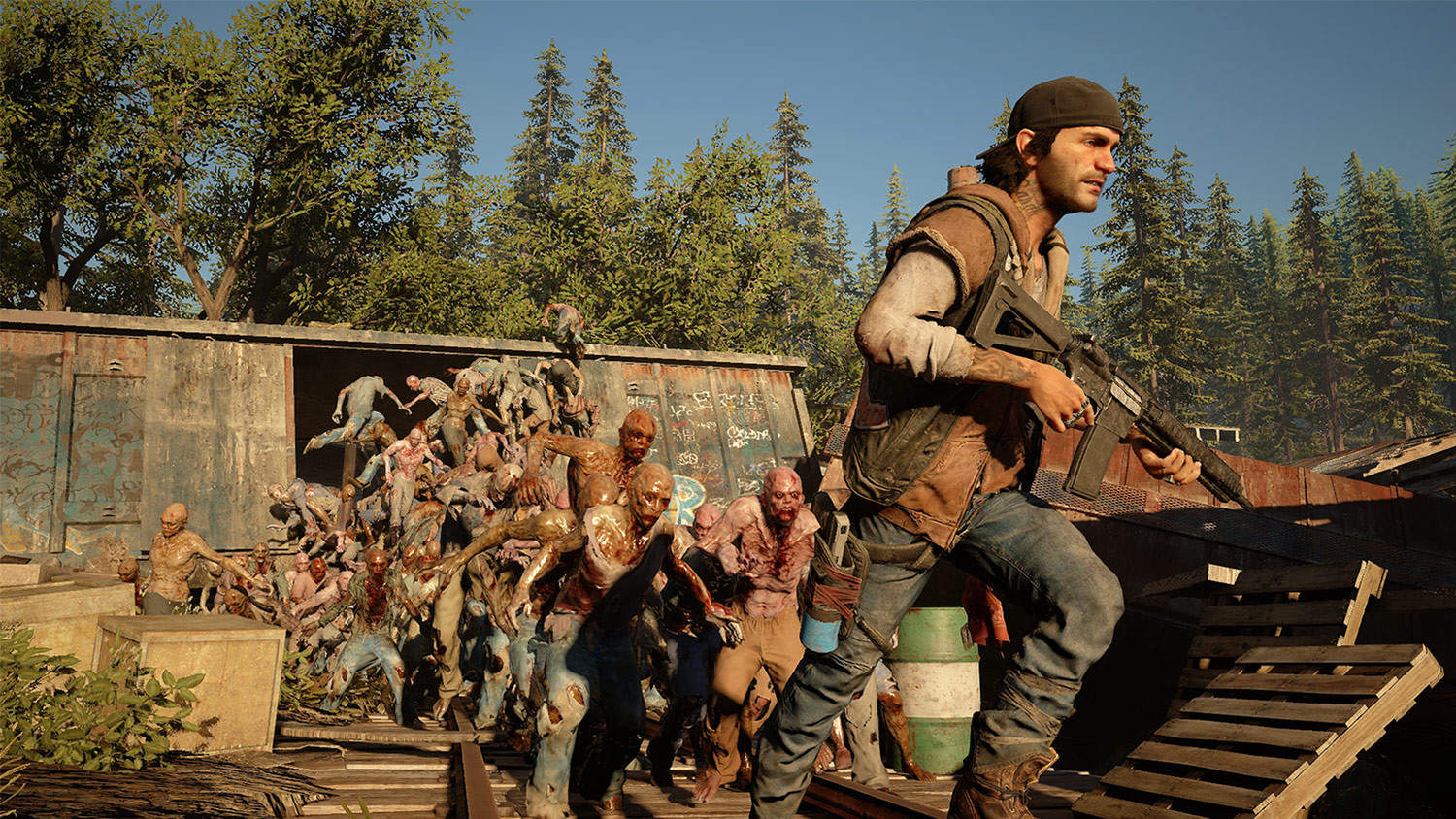 Set in a volcanic scarred high-desert of the Pacific Northwest in the United States of America, Days Gone will have the player take on the role of Deacon St. John, a drifter and bounty hunter who loves the open road as much as he loves his bike.

In a blog post accompanying the announcement, Bend Studios’ Creative Director, John Garvin, explains that the game will take place two years after a pandemic event that killed just about everything on the entire globe, and of those things that did not die, it changed into mindless, feral creatures called Freakers.

The demo onstage had two of these Freakers: the younger Newts, which are the fast and nimble hunters who prefer to attack from the shadows; and the Horde, which are made up of hundreds of individual Freakers that do everything as one.

Deacon will be able to use the skills that he has learned in his prior life as an outlaw biker, giving him a slight edge as he fights to stay alive in this open world. The world of Days Gone will be about desperation, hope, transformation, loss, madness, discovery, friendship, exploration, brotherhood, regret, and love. Days Gone will be about what makes us human.

The game is exclusive to the PlayStation 4, and does not yet have a release date.