Audio systems are a dime a dozen, but only a few brands can do it right. I have recently learned that Sony is one such brand. With that said, the company has released three high power audio systems that can “make music magic at home”. They are the Sony V90DW, V41D, and V81D.

All three systems are much larger in comparison to the portable speaker that we reviewed earlier this year. Size aside, they do look spectacular. Leading the group is the Sony MHC-V90DW; while the MHC-V81D and MHC-V41D come in right after – literally booming away. 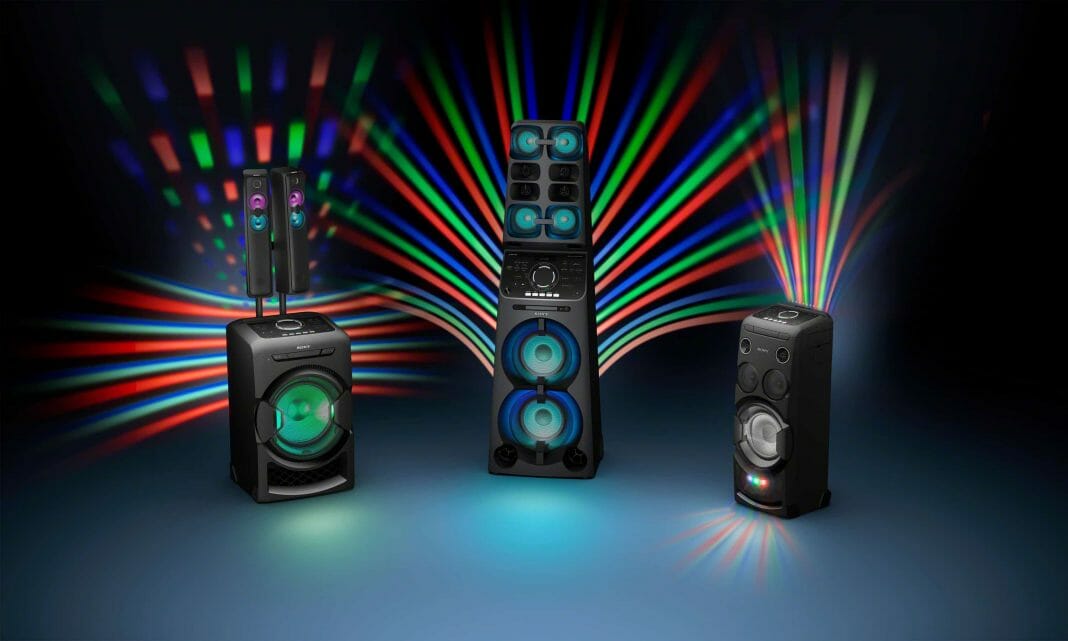 At 170cm tall, the V90DW looks like a force to be reckoned with. This leader of the pack lights up the night with a unique lighting feature. It also features a Spread Sound Generator that supports the spreading of high-quality music to greater distances than traditional speakers.

The V90DW is, therefore, engineered to allow for music to go as far and wide as possible. Sony says that the front-facing mid-range Angled Speakers and tweeters have been angled outward at 20 degrees in order to increase sound spread. Additionally, the speakers also carry a “horn” system that maximises the reproduction of sound across any room.

The V90DW also supports music streaming services. As such, it comes standard with support for Google’s Chromecast and Spotify. It has an easy-to-use backlit touch panel that makes it simple control your music. That includes navigating through your favourite tracks and even selecting the colours you want the speaker to display when music is playing. It also has wheels, so you can easily store it when the party is over!

Sony states that the Sony Music Center and Fiestable mobile apps will allow the V90DW to wirelessly synchronise with up to 10 compatible speakers. This will allow for an all-encompassing and engaging party chain speaker experience. The Sony Music Center also lets users access more lighting features, and acts as a true DJ with sampler effects and basic music functions.

The box-styled MHC-V81D and MHC-V41D audio systems are next in-line after the V90DW. These “spread loud and powerful sounds” around the room thanks to the same integrated Spread Sound Generator as featured in the V90DW. In addition to that, these two bad boys also feature Sony’s LIVE SOUND feature that allows for high-quality music output and “flashy 360-degree party lights and illumination”.

The audio systems also feature a new guitar input mode, which takes “guitar playing to the next level” by generating guitar overdrive sound effects. Partygoers can also plug in a bass guitar to boost the bass and produce great sounds without the use of a professional amplifier. It all sounds like party gimmicks to me, but this can double as a decent (and cheaper) workaround to any garage or basement music star out there.

The two audio systems also allow for the entire party to get uniquely involved with interactivity. Everyone can join in on the fun with the Sony Music Centre, and Fiestable apps. These two systems also let friends link up other speakers via the Wireless Party Chain feature that can connect up to 50 compatible systems, including smartphones. 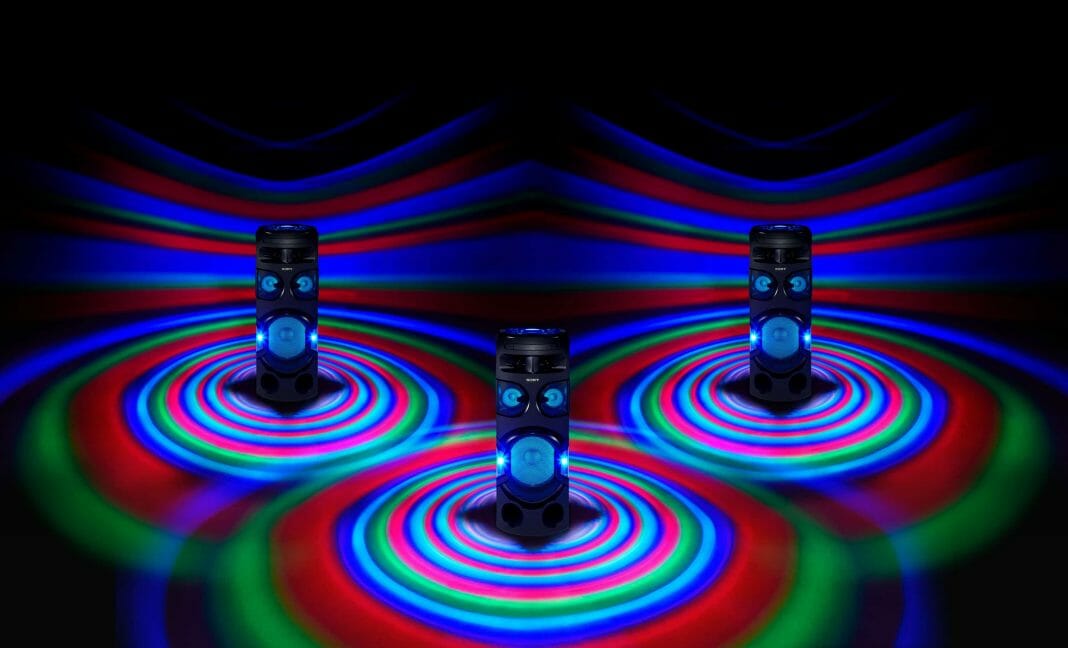 All three high power systems are available now in South Africa at leading retailers including Game, DionWired, Incredible Connection, Bradlows and Russells. The MHC-V90DW starts out with a recommended retail price (RRP) of R16,999 while the MHC-V81D has an RRP of R12,999 and the MHC-V41D has an RRP of R5,499.