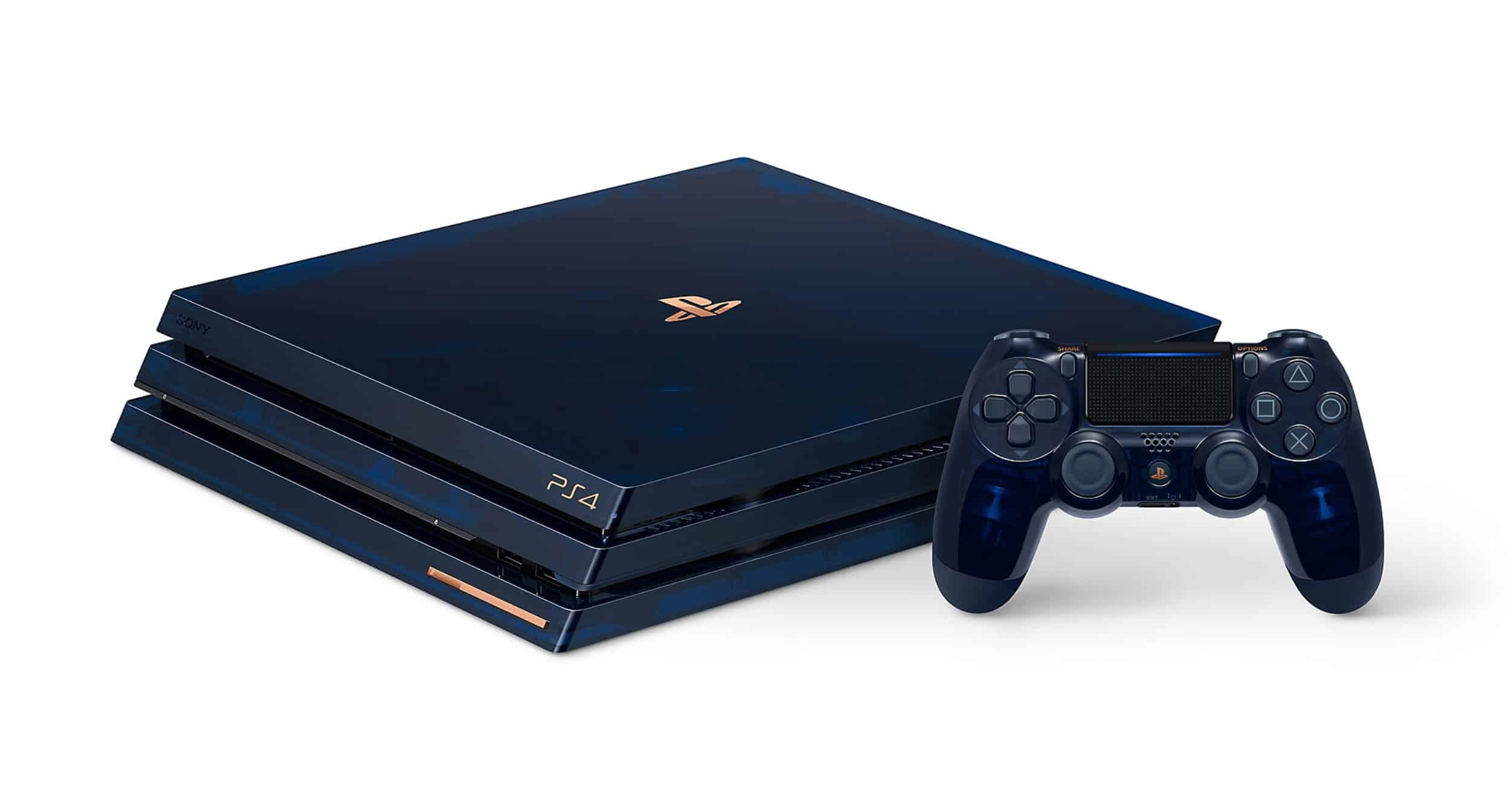 24 years ago, Sony launched the original PlayStation. Since that time, the PlayStation brand has become an eponymous part of the Japanese company. So much so, that it almost singlehandedly prevented the iconic company from going bankrupt. In the time since the first PlayStation was launched, through to the PlayStation 2, 3, 4, Portable, Vita and PlayStation VR,  the brand has sold over 525 million PlayStation systems. To commemorate this historic milestone, Sony has designed the utterly gorgeous PlayStation 4 Pro 500 Million Limited Edition console.

Selling over half a billion PlayStation branded systems in less than a quarter of a decade is no small feat. It speaks to the power of a brand that has helped revolutionise console gaming in the home. I still fondly remember receiving my very first PlayStation console for my eleventh Christmas in 1996, and being awed by the original console’s size and graphical prowess. A little over two decades later and I am, along with many gamers around the world, still a part of the PlayStation family. This is nothing short of an incredible feat in brand power, awareness and loyalty. Sony knows this, which is why it is celebrating with the release of the PlayStation 4 Pro 500 Million Limited Edition console.

Sony will only produce 50 000 of these highly limited edition console bundles, each of which features a PlayStation 4 Pro kitted with a gorgeous translucent blue shell with bronze embellishments, matching DualShock 4 controller, a 2 TB hard disk drive, a vertical stand and a PlayStation camera. The bundle has a suggested retail price of ZAR R8499 / US $499 / UK £449 / EU €499.

In my opinion, the PlayStation 4 Pro 500 Million Limited Edition bundle is the best looking limited edition console released by Sony thus far. The dark blue and translucent case  is complemented wonderfully by the deliciously high-end bronze accents. One of which includes the limited edition number of the console – making it a true collector’s item. Sony also says that when the console is powered on, the power indicator light showcases the console’s innards (hopefully something that will not be too obnoxious for home theatre setups).

The PlayStation 4 Pro 500 Million Limited Edition bundle will release on 24 August 2018 in the UK, EU, Australia and South Africa, with pre-orders going live on 14 August 2018 at all major retailers (South Africa -> Raru | BT Games | Makro | Takealot). The same bundle will only be available for pre-order in the USA from 24 August 2018, with an “early September” release date.

Although I was hesitant to purchase one of these bundles, given how it is priced higher than the more powerful Xbox One X, I eventually caved and pre-ordered a unit. I am a sucker for limited edition items, even more so when they are in one of my favourite colours and when you can see through them. Naturally, stay tuned for a Vamers unboxing once the bundle arrives at our studio.