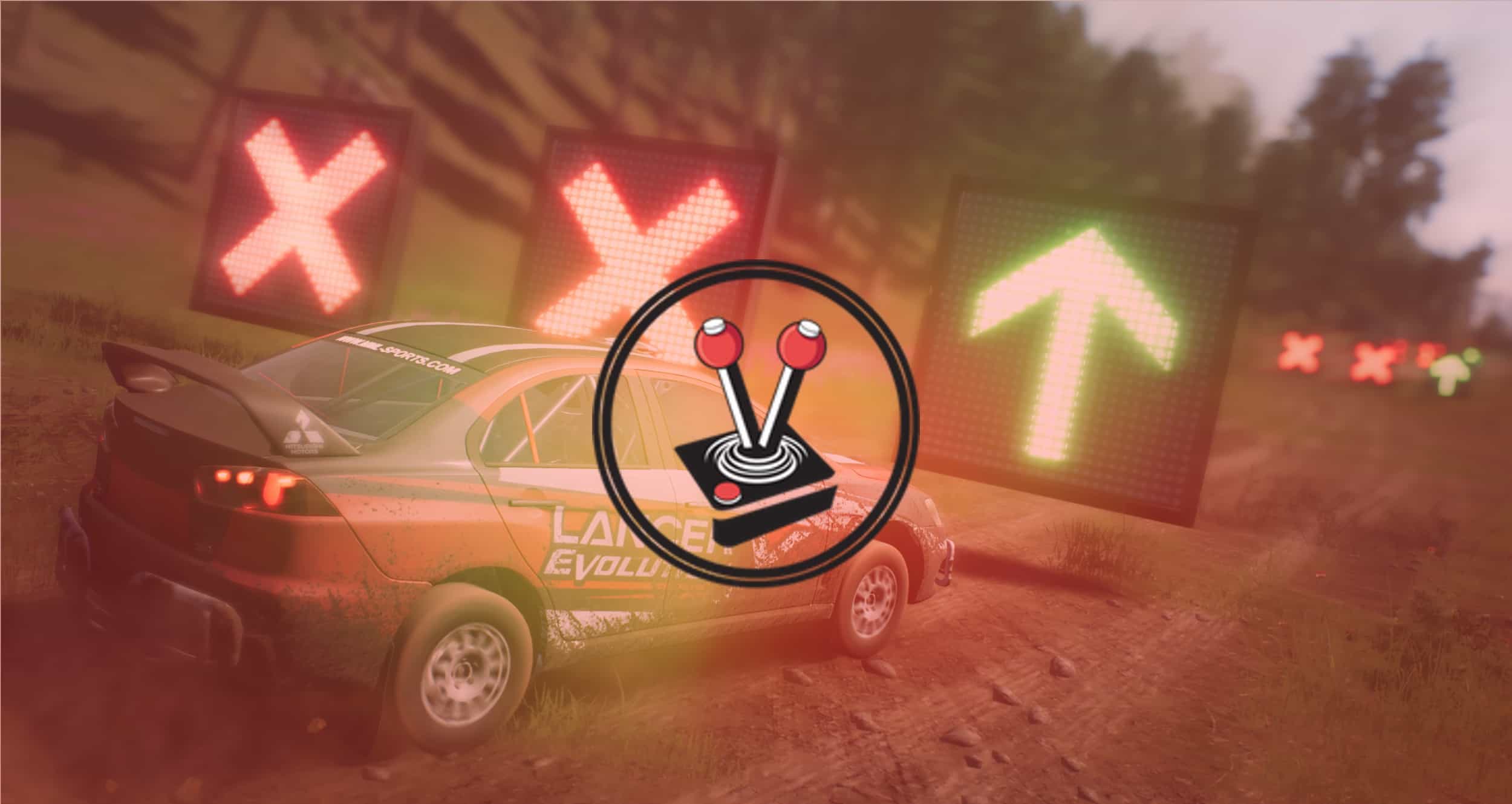 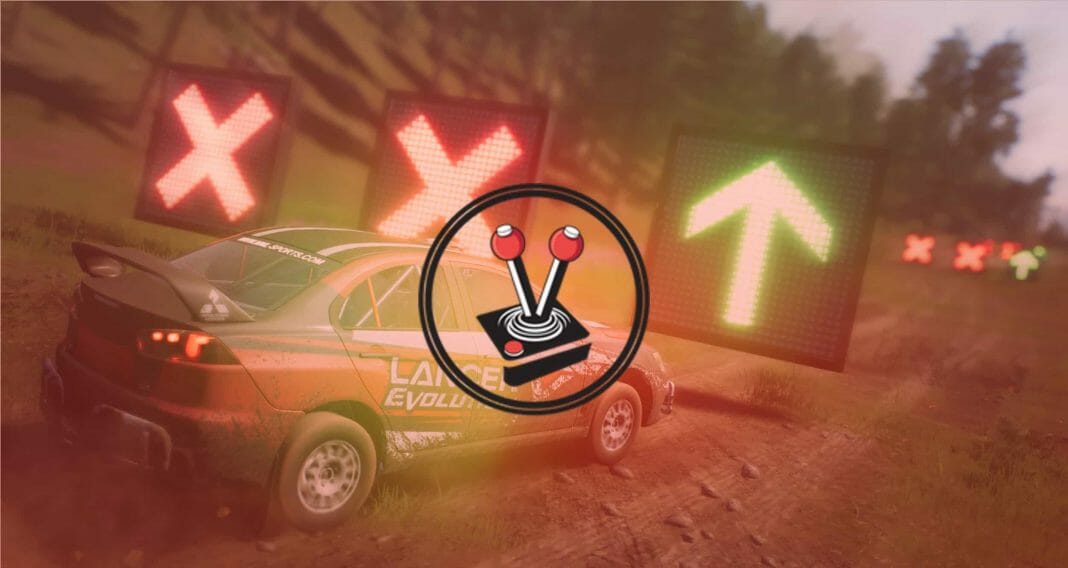 Milestone might not be a name you often hear when talking about video game companies. With 20 years of experience in the industry, however, one would think that it is a name not to be reckoned with. That is, before you notice that most Milestone titles are usually licensed titles, often marred with that insufferable movie adaptation curse.

Fortunately, the studio sometimes ventures into the creative realm and releases something not hindered by license limitations. Unfortunately, it seems that the company is a tiny bit… out of practice in that regard. Gravel is one such game.

In our Gravel review, I will tell you exactly what makes the game shine and what ultimately bars it from stepping onto the podium, along with the greats.

Be a part of a ‘show’ and not much else [Story]

Going in (and much to my chagrin) I knew that Gravel is very much an arcade racer. As such, I knew that the story component would be either very weak or not there at all. As such, I will not let this affect the review score. With that said, it seems like Milestone at least tried to give the player a reason or two to move on through the campaign.

Story in gravel is largely non-existent. The premise of the title hangs on a television program called ‘Off-Road Masters’. It is up to you, the player, to compete in this program and move on up to every challenge the “studio” and “producers” are throwing at you. 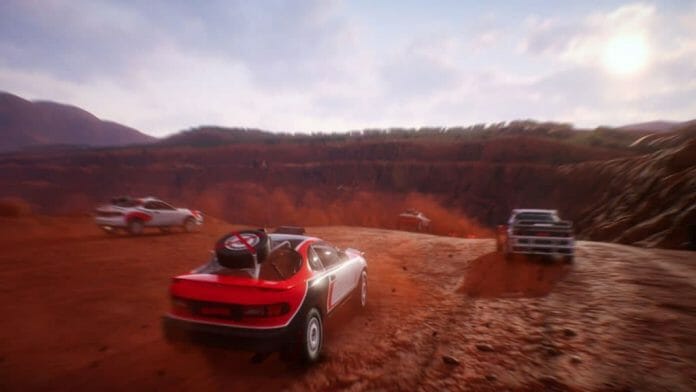 You start out the game by entering your driver name. You then get a loading screen that mocks sports channels, along with the words “Gravel Channel LIVE” printed in bold on the screen. It then throws you directly into a match, which by all intent and purpose, should be the exposition race.

“To think that this was just the start”, a “live” commentator says, before realising that there is literally nothing else to the story.

Since Gravel is much more of an arcade racer than a simulation title, gameplay can be loose, fun and does not require any skill or thought. Even so, most arcade racers have some context to the races. Alas, Gravel falls short of fleshing out the experience when it literally throws you into each race with little to no additional context. All you need to know is that you are in a race, and that you must win. That is the mantra of the entire game. There is no denying that it is a game that would fit perfectly in an arcade.

Sadly, it is a full-fledged release and must stack up to other racing titles; which it does not. The gameplay in Gravel seems to revolve exclusively around “episodes” that you have to complete. After each one, you get stars. You then use these stars to progress through the story. My first hurdle was met when I needed to unlock the first “special episode”. It wanted me to have ten stars, and I was literally one short. The one in question? The very first race the game threw at me. This is by no means a problem. What is a problem, however, is that there are no other ways to earn those stars. None!

I eventually managed to get past the first special episode, and the second, and so it went on until I finished the first season. It was a good experience, but not great. Rather, it would have been great if I did not have to continuously listen to the cheesy ‘Gravel Channel’ guy’s voice after every two-to-three minute race. 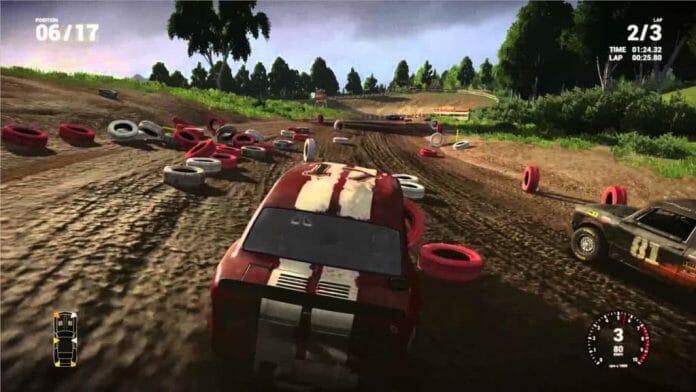 My own annoyance aside, one thing that made the game feel a lot worse than it should have are the controls. Although the game looks good enough (more on that later), it will leave you with a distinct feeling of emptiness. Any and all cars, regardless of what model and type they are, feel exactly the same. They control the same way and, in some cases, even sound the same.

Races are over fast, and for good reason. I mentioned above that all vehicles tend to sound the same. They really do. On top of that, none of them sound like proper rally cars. I have been fortunate enough to attend yearly rally events since I was very young. Let me tell you now that the cars in Gravel sound nothing like they should. It is sort of like they stood next to a rally track, held their mic up into the air as the cars whizzed by, and the mix broke because of the noise. Then, they took that noise, filtered it through a sound program, cleaned the noise up, which also removed the growls, and put a finished label on it. For reference, I played the game on a 5.1 surround sound system. 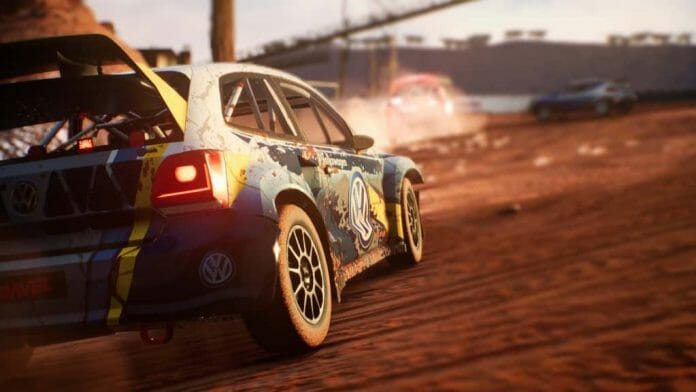 Sound aside, the game offers some multiplayer as well as free racing and time trial modes. All of those are pretty much exactly what you expect, but with the same aforementioned cars and arcade controls. Multiplayer might be the best option of the lot, as it actually lets you go up against formidable opponents. The problem here is that all races really do feel the same.

When I say they feel the same, I really mean it. The game features a wide variety of tracks. Some of these tracks are snowy and white, while others are super dry and sandy. There are also nice tropical tracks with water. The game also has a basic weather system. The fundamental problem here is that all of the vehicles handle in the exact same way, regardless of the weather, terrain, track type, or time of day. In affect the scenery is exactly that, just scenery.

The point of this entire segment, I suppose, was to say that it all feels the same, which is sad considering the game actually looks pretty decent — if you can look past a few minor flaws.

Gravel is powered by Unreal Engine, and it shows. The game runs very smoothly, and can look very good on some occasions. This is perhaps its saving grace.

However, as powerful as the Unreal Engine tends to be, it also has a bunch of flaws. None of which were even touched upon by Milestone. Often, developers will take Unreal Engine and modify it to work best with their game. Gravel however, feels like it was just created inside the Unreal Engine, without the addition of any meaningful additional work. I am not saying that the developer was lazy here, but it really is quite a generic looking racer. You see, Gravel suffers from major texture pop-in issues, and occasional load stutters. Similarly, the game looks very much like the developer used stock assets for pretty much everything in-game.

I do like how vehicles tend to get gunked up and dirty as races continue. That is a small little touch that I did not expect from the game. Similarly, tracks tend to change a bit as tens of vehicles drive around on them for multiple laps. Skid marks and tyre tracks appear to stay for a long while. On that note, however, tyre tracks tend to look very much “pasted” onto the tracks instead of actual tracks. While it is obvious that vehicles in games cannot create tracks themselves, it should have been Milestone’s aim to make it look as good as possible.

Despite my observations, Gravel can be a pretty game and runs at a smooth 60 frames per second on Xbox One, and PlayStation 4. It also scales accordingly for 4K outputs on the Xbox One X, and PlayStation 4 Pro. 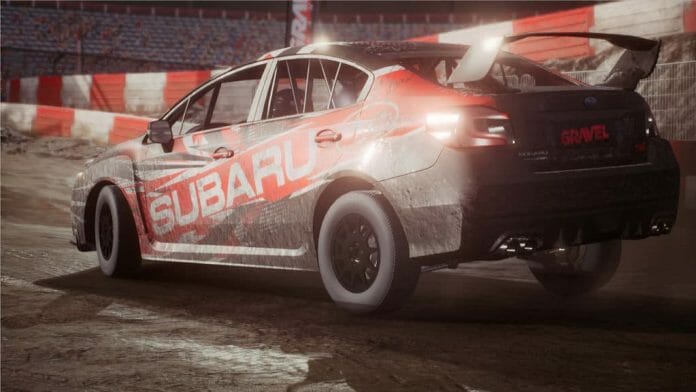 Depending on player preference, damage in Gravel can either be cosmetic only or it can affect handling. With that said, bumping cars and driving into objects tends to feel very bouncy. I should not be able to bounce back if I hit a tree at 180km/h, yet I do. While said “bump” would usually affect my handling, it never resulted in me having to start a race over.

Gravel also features a similar rewind mechanic to Forza Horizon 3 and Forza Motorsport 7. I quite liked this mechanic and the way it was implemented. Unlike Forza, you can rewind a certain amount, and stop the rewind process at any time. This is a good way to go back to a spot that you know you will be able to recover from.

In the end, gameplay feels flighty and fun. I can definitely see the appeal for many racing fans. That said, I cannot get over how cars were hardly affected by weather, track conditions, and even their own engines!

A Racer Soon to be Forgotten [Conclusion]

Gravel is a weird one. It wants to be good, and you can see that Milestone made a concerted effort in this regard, but ultimately it misses the mark.

The game is very much more of an arcade racer than a simulation title, and in the end this created more gameplay problems than it should have.

While 2015’s Dirt Rally looked amazing, Gravel seems to be on par with that: a four year old game. Games such as Dirt 4 (2017) look, play and sound far better than this 2018 release. A shame, considering Gravel is the newest rally racer on the market. Fortunately, it performs well, and does not take itself too seriously. Something I can get behind.

In the end, Gravel manages to be a fun little time-waster. Sadly, that is literally all it is. If you are looking for realistic controls, good gameplay, a decent campaign and eye popping graphics, then there are definitely much better alternatives out there. However, if you want to play a quick, decent looking title, that will give you short five minute bursts of fun, before fading from memory, then Gravel is the one for you.